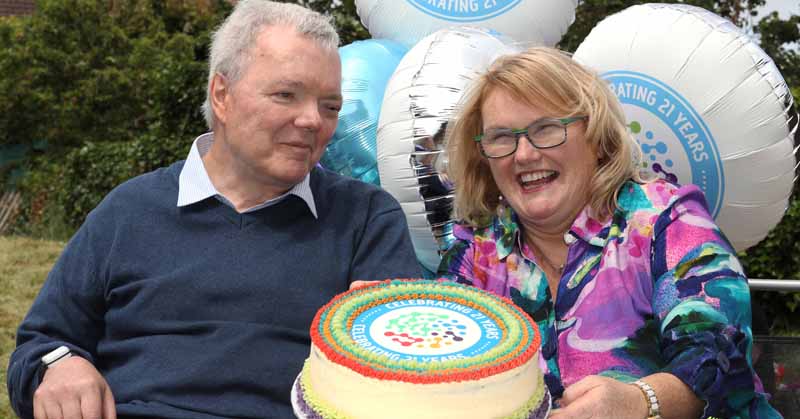 The sister and brother from Donegal have paved the way for thousands of brain injury survivors to live better lives.

The charity was born out of necessity. Peter suffered two brain injuries as a result of two serious road traffic accidents before the age of 42. No longer able to live independently, and without access to any appropriate rehabilitation services, Peter was transferred from acute care and inappropriately placed in a nursing home.

The life laid out for Peter was devastating for Barbara and her family. And so together, they opened the first ABII house in Dublin – a place where Peter and other brain injury survivors could be supported to live life to their full potential and regain as much independence as possible.

From a single assisted living service providing a home-from-home for three brain injury survivors, ABII has since grown to serve 1,100 individuals nationally every year. 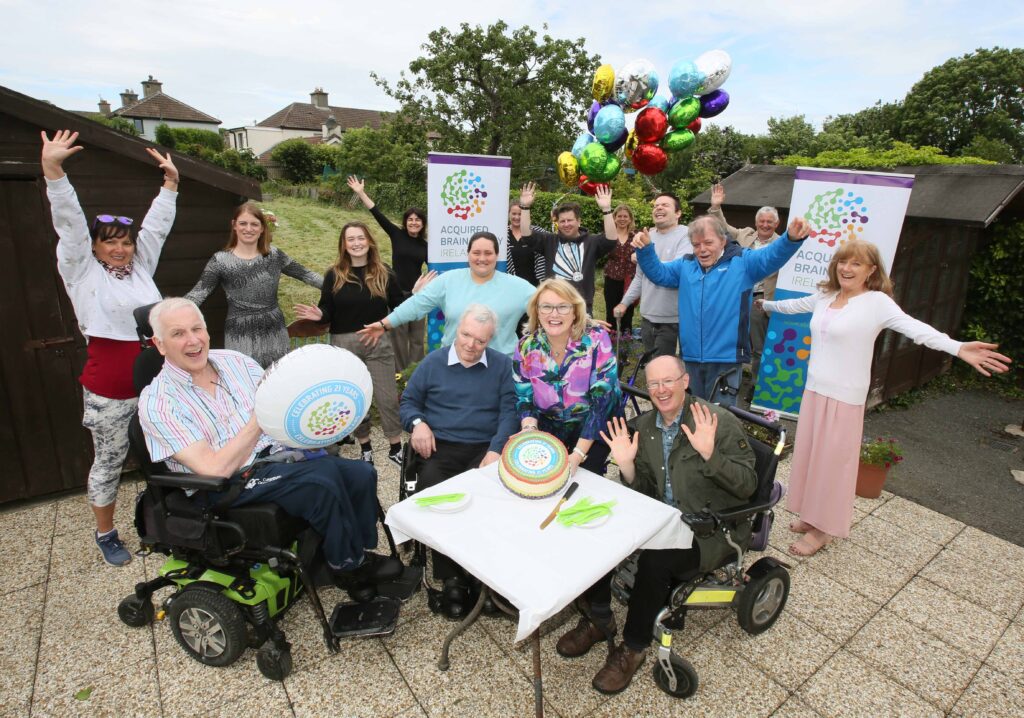 Peter Bradley – a survivor of brain injury and one of the first persons to avail of the life-changing services of national non-profit Acquired Brain Injury Ireland – celebrates 21 years since the organisation’s formation at ‘Anvers’, its original rehabilitation home in Glenageary, together with his sister, Chief Executive and Co-Founder Barbara O’Connell. Photo: Mark Stedman

The organisation meets a vital need to provide life-changing, specialised neuro-rehabilitation for individuals in Ireland whose lives had been shattered by brain injury. In Donegal, they support people who have acquired brain injury from falls, road traffic accidents, concussion and stroke.

The 21st birthday milestone is particularly significant in the year of publication of the Ombudsman’s ‘Wasted Lives’ report, which recently highlighted the inappropriate placement of young people in nursing homes.

Chief Executive and Co-Founder of ABII Barbara O’Connell said: “Brain injury is a hidden phenomenon in our society and nobody ever thinks it will happen to them. But it happens to 52 people in this country every day, often leaving them with a chronic and ongoing condition that can affect their lives and those of their family for months and years after the initial injury.

“Too often people who acquire brain injuries are young and left in appropriate settings such as nursing homes, acute hospitals or at home where families are unable to cope. The findings of the Ombudsman’s ‘Wasted Lives’ report have been at the core of our purpose from the very beginning: to prevent individuals with brain injury going into the nursing home system, to take those misplaced there out, and to give them the specialist response they need to rebuild their lives. We still have a long way to go.” 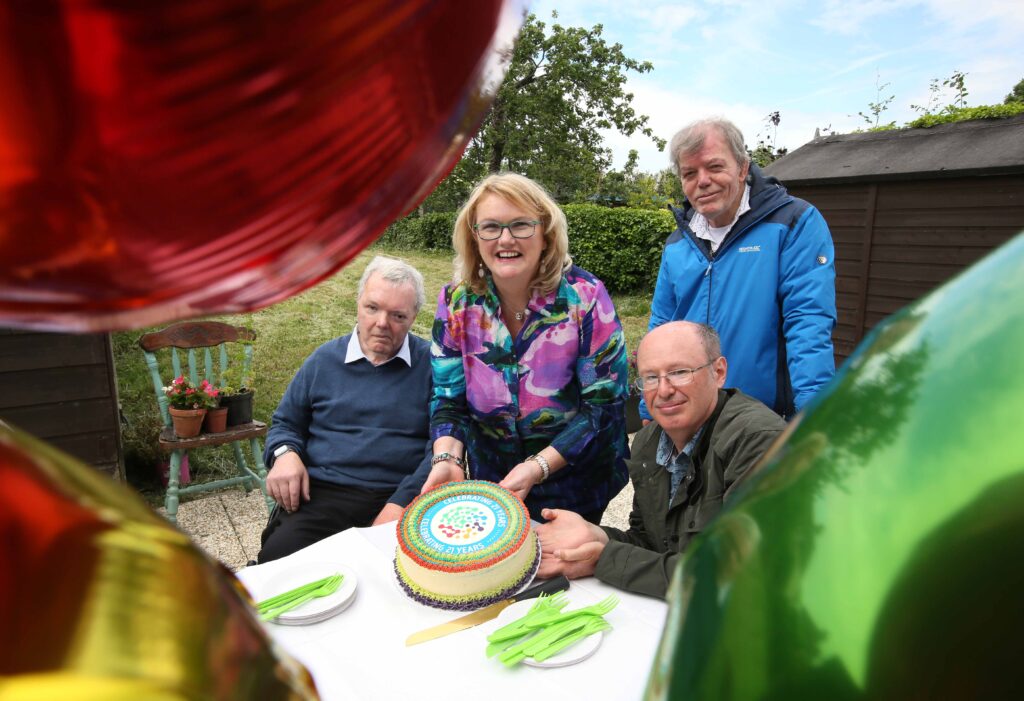 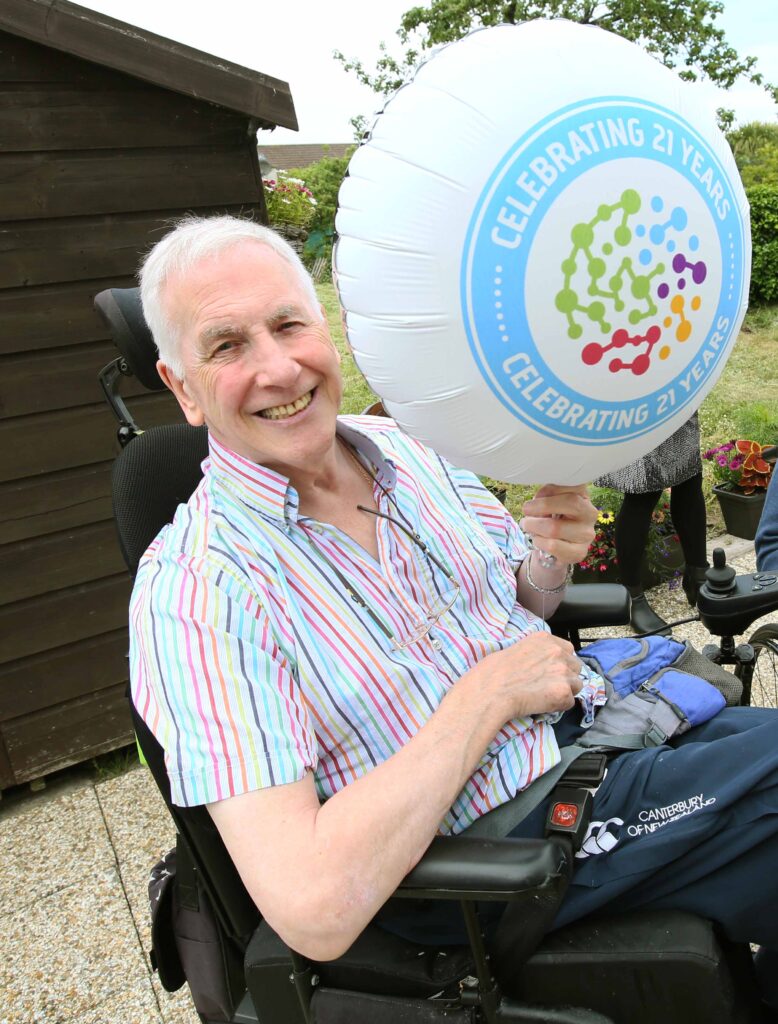 Pictured at the celebration is Declan Roche. Photo: Mark Stedman

ABII is now Ireland’s leading provider of clinically-led community rehabilitation for individuals with brain injury aged 18 to 65. In addition to operating 16 rehabilitation residences around Ireland, the organisation provides a broad range of in-home community, day and vocational rehabilitation programmes alongside family supports in every province in the country. This past 18 months, and in the wake of the pandemic, ABII has also extended its services and its reach by incorporating ‘telerehabilitation’ through the use of online and digital technologies.

But with 19,000 new brain injuries acquired in Ireland every year, this is only the tip of the iceberg. ‘Wasted Lives’ has provided compelling evidence for and strengthened the case long-championed by ABII: that urgent State investment is required in specialised neuro-rehabilitation. This will be crucial to end the systemic and inappropriate confinement of young brain injury survivors in nursing homes where they are denied the right to rehabilitation and the opportunity to rebuild their lives.