THE SUMMER – or whatever might be of one – is on the line in the Marshes on Sunday.

Donegal have been in nine of the last ten Ulster finals, but have to begin their voyage from the preliminary round this time.

It is a pad littered with potential pitfalls – not least at Páirc Esler this weekend.

It has been evident lately that Donegal are carrying a lot of hurt from their Ulster final defeat by Cavan last November. The scars, really, have yet to truly heal.

“That’s something that we’ll never make peace with,” said the Donegal midfielder Hugh McFadden this week.

“We just have to get up and go again. There is nothing we’ll do that will make up for the errors of that performance. The good thing about sport is you get another chance to go at it.”

Derry, managed by Rory Gallagher, who was part of the Donegal set-up for six of those Ulster final appearances, are in wait for the winners of this Sunday’s joust.

There has been no talk of Derry. Next Monday has not even been countenanced.

Bonner insists that isn’t a case of lessons being learned from what might have been in 2020, though.

“We never looked too far ahead. We didn’t look past Cavan last year. We just didn’t get to the levels that we needed to against Cavan and they deservedly won the game.

“We’re coming to that situation again, but the lads are very focussed, there’s no doubt about that. There is a real hunger and a real desire to progress again this season.”

Just as it was in Bonner’s own playing days, it’s sink-or-swim in the Championship.

The absence of the qualifiers, which provided a safety net for those caught on the hop or those who just didn’t perform.

It’s just as it always was: All the line. 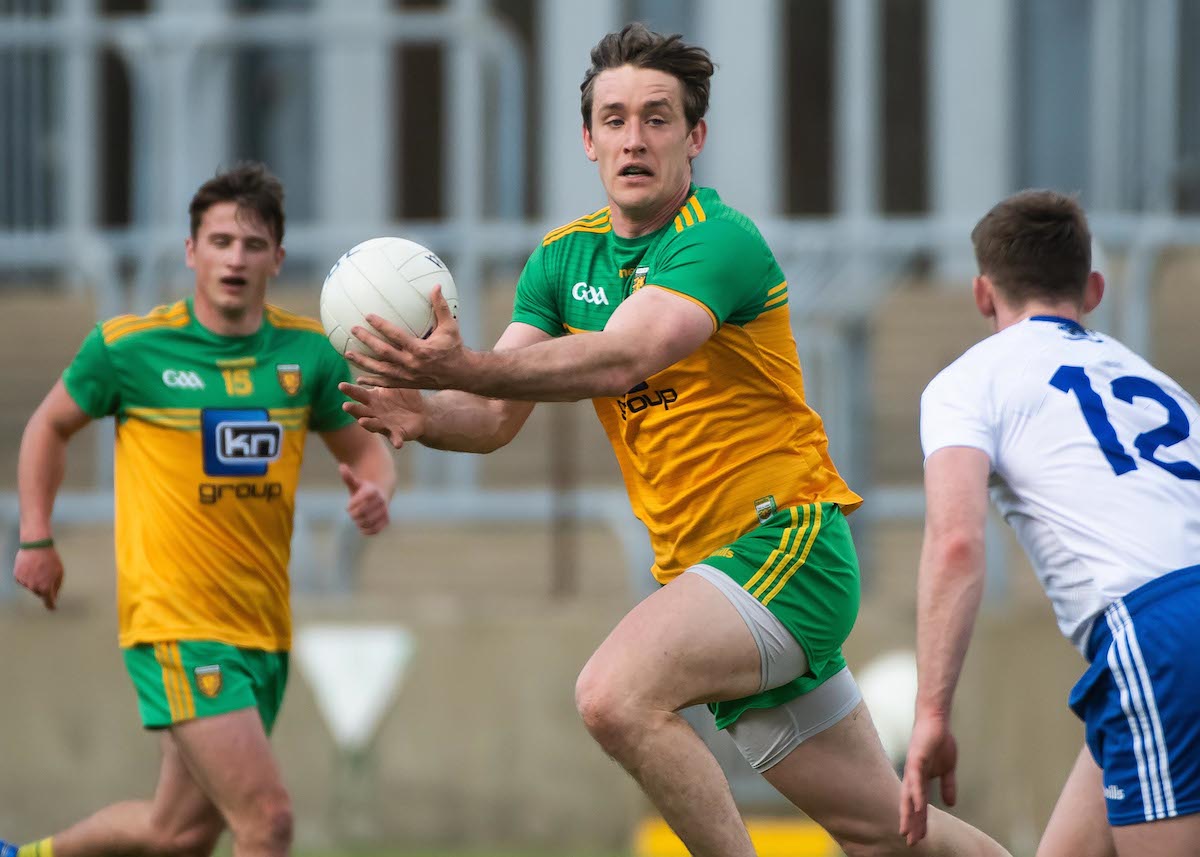 Bonner said: “The back door introduction in 2001 was huge. It opened up everything. When you look back Tyrone won All-Irelands through that system. You have to be on the ball now this year. You have to be at that level. It’s not ideal but it’s not an ideal world we’re in at the minute.

“Could they have got the back door into the Championship? Yeah, they probably could have but listen this is knockout football and we just have to be ready for the challenge ahead.”

Bonner remembers the summers of 1987 and 1988 when Donegal were clipped by Antrim in the first round.

The hurt of ’88 lingered for Bonner whose prolonged stay in Boston cost him his place for 1989. Tom Connaghan dropped the guillotine and Bonner had a watching brief for the Championship, with Donegal losing to Tyrone in a replayed final.

“There is no point looking back but when you do, you wonder. At the time we were training very hard for a campaign and the league then was different so when you were knocked out of the championship you were still back playing league in September or October.

“You’d maybe three matches before Christmas and three after. You then had a long run-in, maybe three months, to championship. You sometimes wonder what it’s all about. We lost in 87 and 88 in first round matches, both against Armagh, and it was a long summer afterwards.” 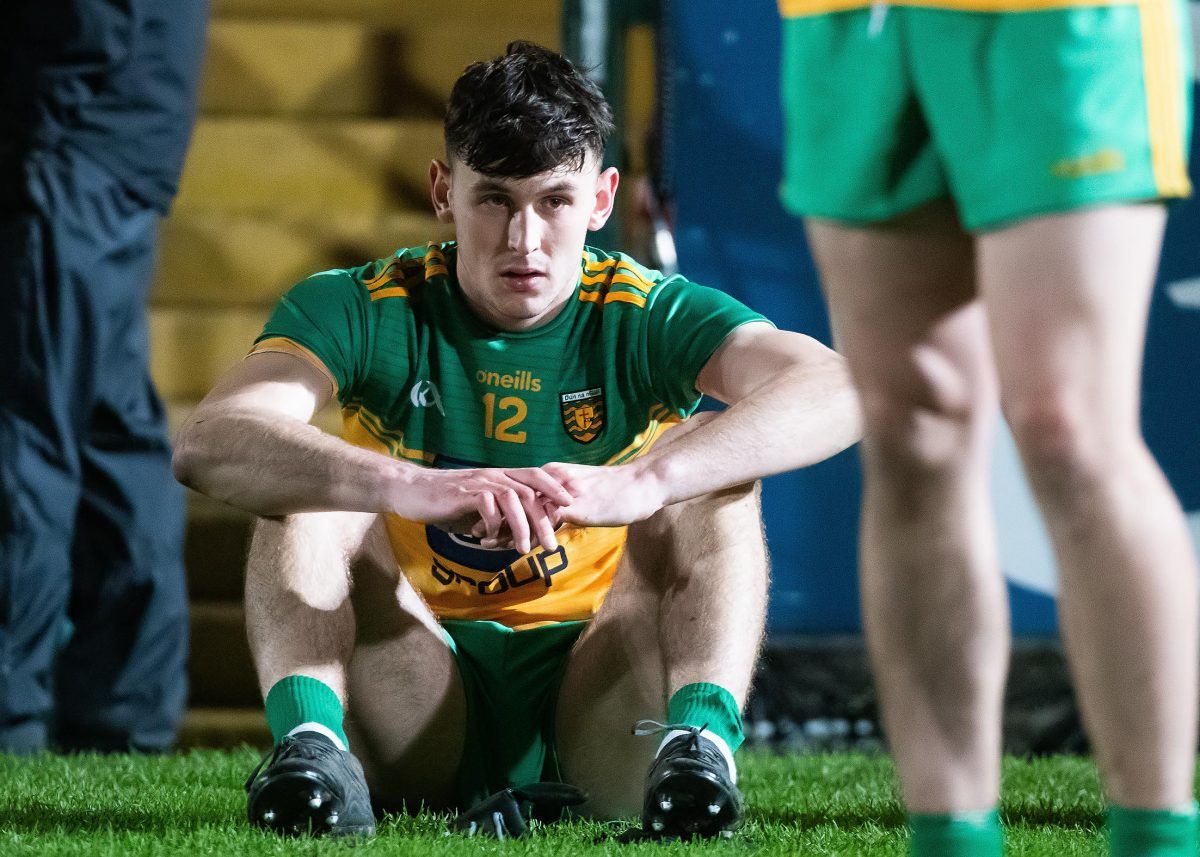 The knockout format feels like a throwback, but it remains a Championship with a difference.

The onset of the Covid-19 pandemic brought about a change in everything.

That Bonner’s pre-Championship press briefing was conducted via Zoom this week was a reminder that ‘normality’ has yet to be restored.

Indeed, McFadden noted that Donegal would be a ‘different ready’ for this one to Championships past.

“The atmosphere or the experience of lockdown one was way different to lockdown three,” the Killybegs man observed.

“We were very lucky as players to be playing for the majority of our prolonged lockdown in Donegal. It was an extremely long period of individual training from January. One of the frustrating things was the unknown thing. There were dates thrown about at various times and that unknown territory was one of the most difficult things to get around.

“With performance psychology you want to be ready to perform at a certain time of the year and build yourself up to that. You’re training and running, all these things, without knowing when to be ready.”

Sunday’s game will be played before just 500 supporters, around 100 of whom will be from Donegal.

It has been a whirlwind return with the Allianz League – run on a regional group basis – done so quickly its finals couldn’t even be pencilled in.

The calendar has brought many challenges for Bonner and his backroom staff.

“The time we have had with the group has been pretty limited over the last 15 months since the pandemic (started) and the first lockdown.

“We have had a lot of young lads come in and naturally you would have liked to have spent more time working with them on the training ground, but that hasn’t been the case.e

“Naturally you would like more time to prepare for a championship but listen it is what it is and we have to got to be ready for Sunday.”

Only the victor in Newry will grace the stage again in 2021.

It’s back to the way it always was.

Knockout edge brings echoes of Championships past – but it was never like this was last modified: June 24th, 2021 by Chris McNulty
Facebook0Tweet0LinkedIn0Print0
Tags:
2021 All-Ireland SFC2021 Ulster SFCDeclan BonnerDonegal GAAHugh McFadden