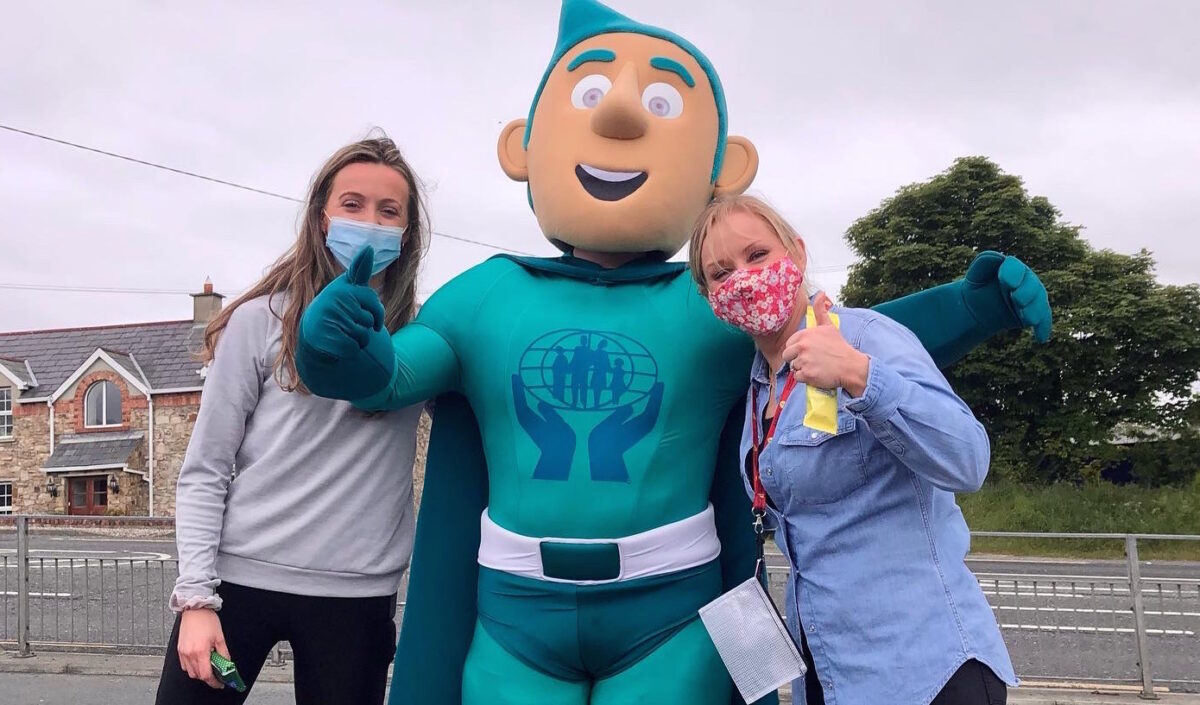 Letterkenny Credit Union recently ran a competition for our schools to Win a Lorry Load of Lollies for your School in conjunction with Oliver Harvey Dale Farm Ice creams.

The competition was an end of year treat after the tough years the schools have had.

Icecreams were delivered yesterday by our mascot Captain CU.

You can imagine the excitement and picture the scene when a real-life superhero rocking up to the school with a lorry load of ice pops!

And that wasn’t Glenswilly caretaker Charlie Kane on his Harley either! 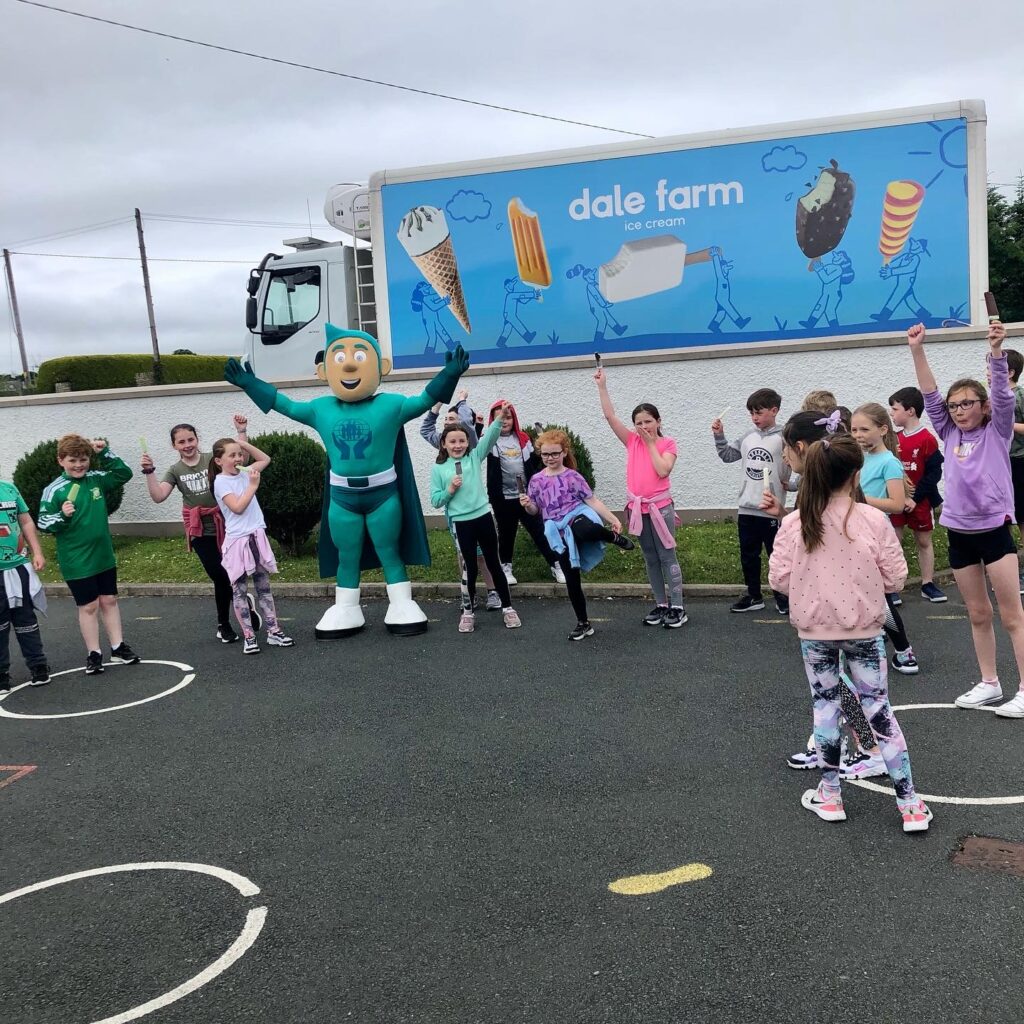 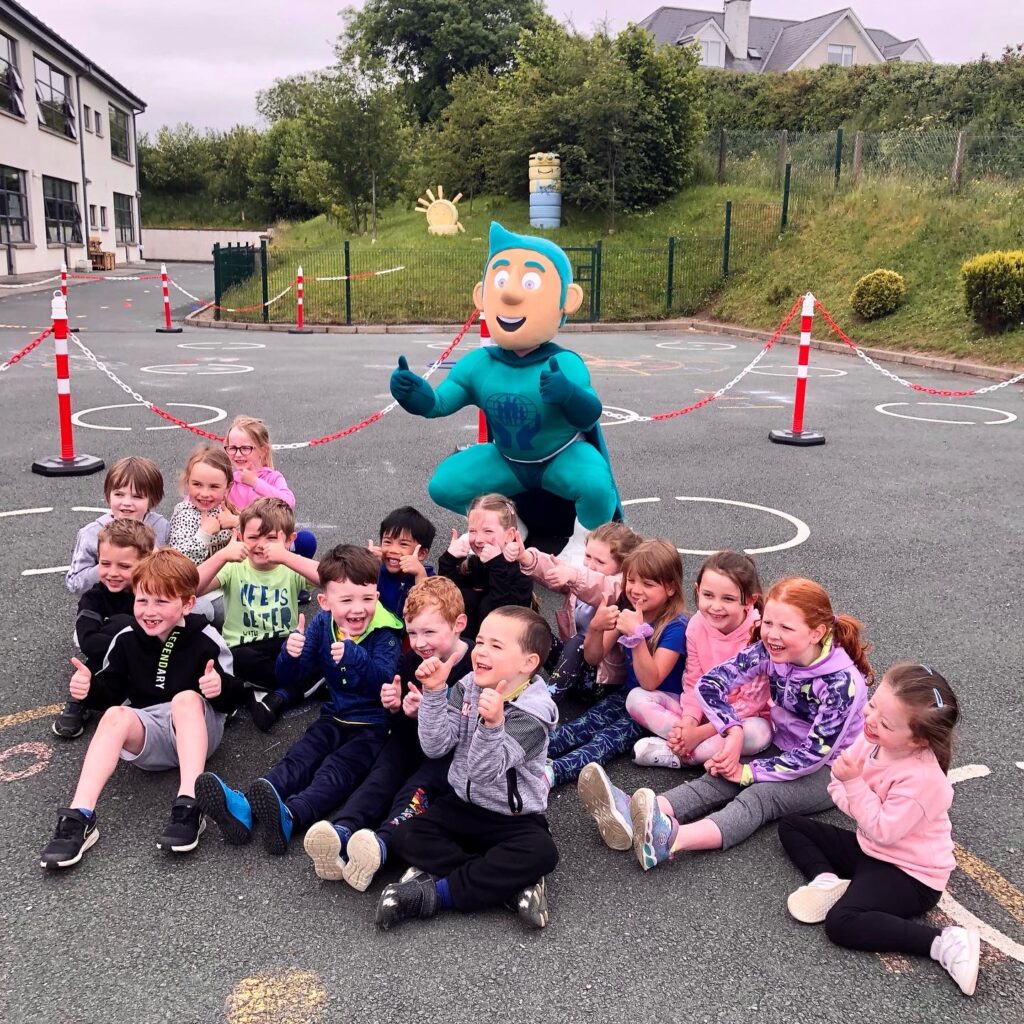 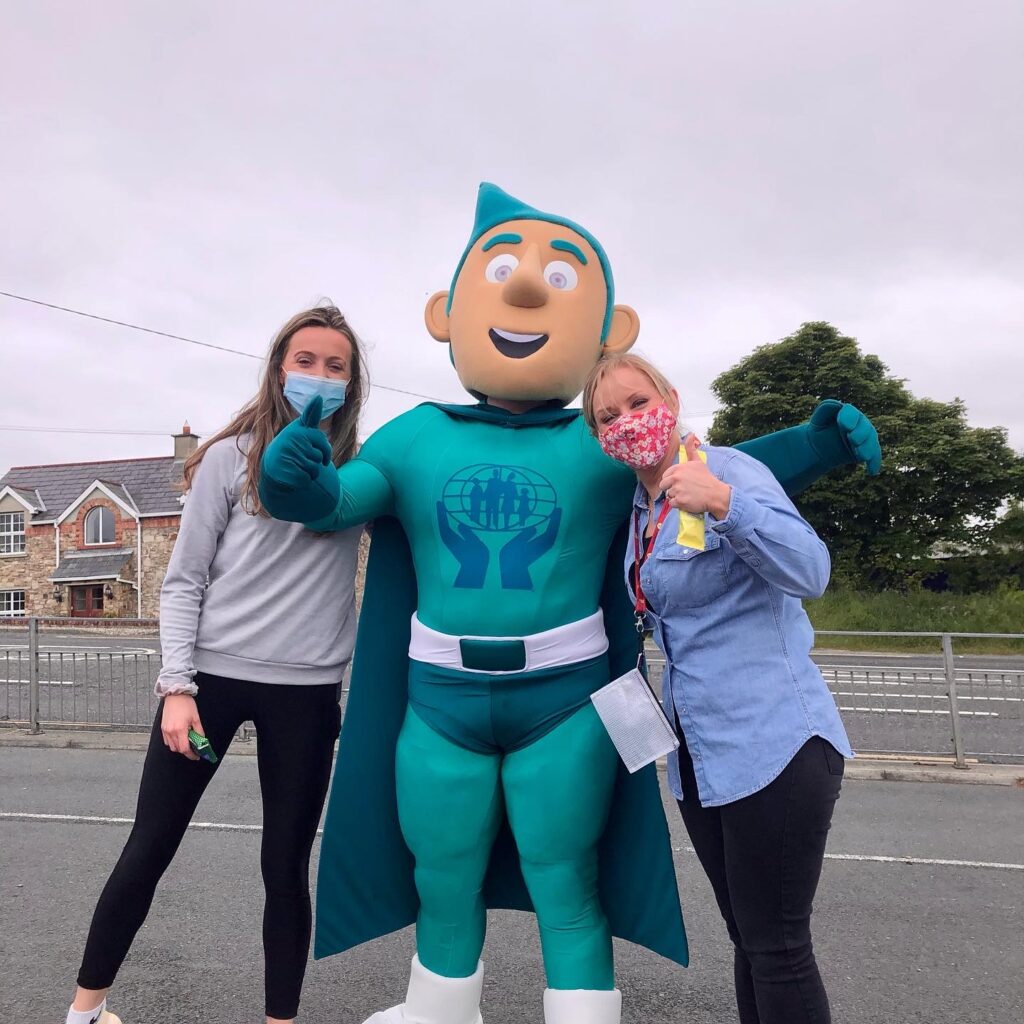 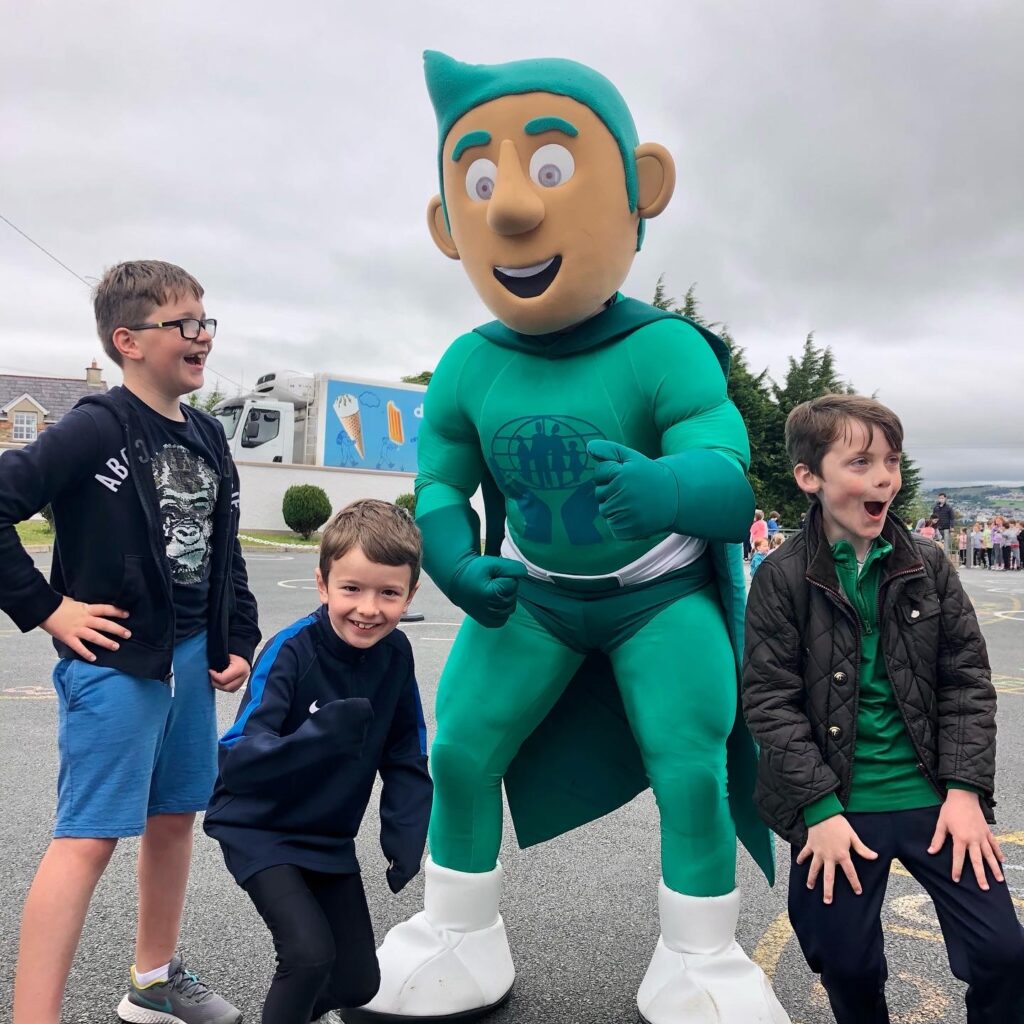 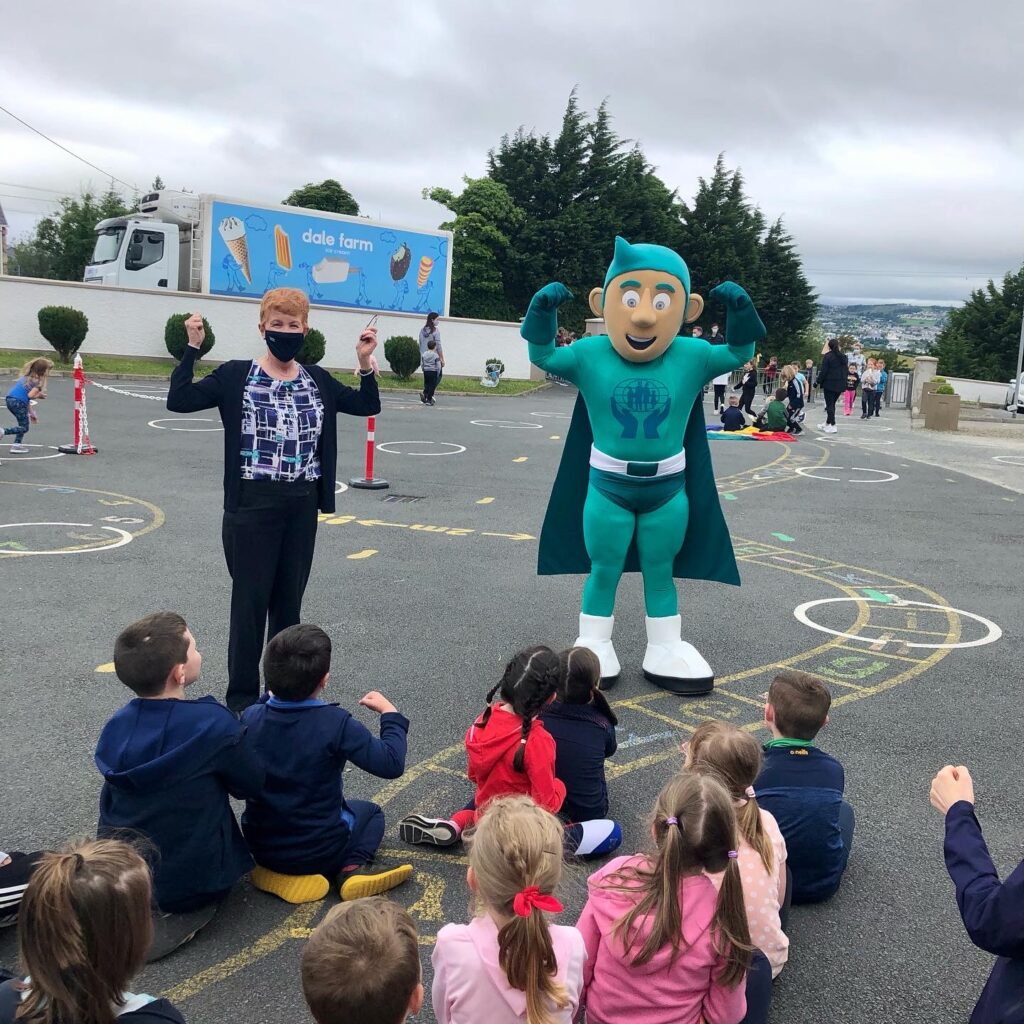 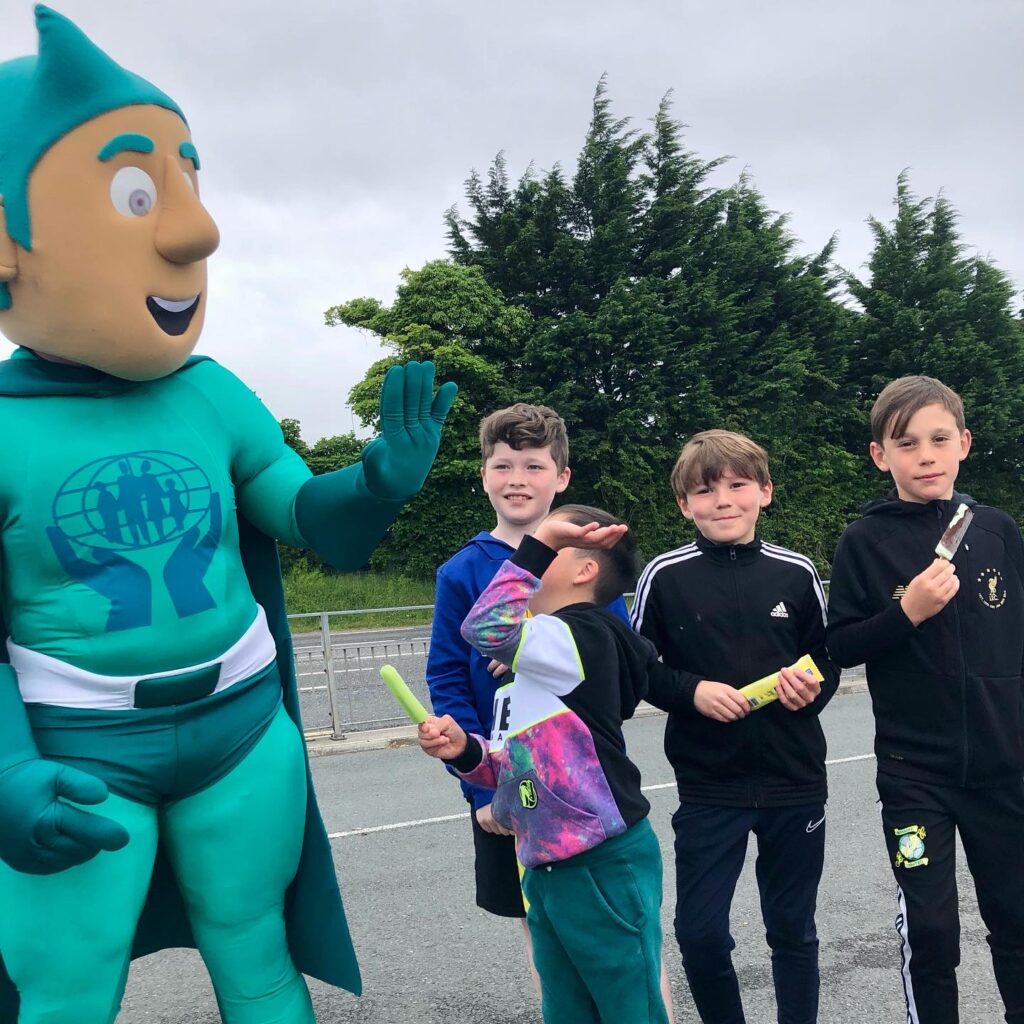