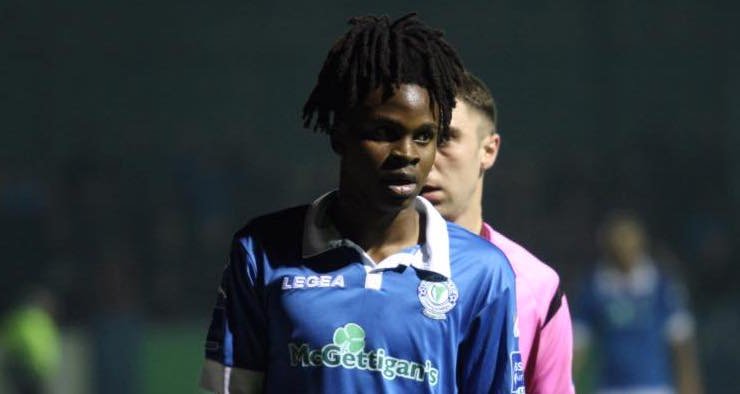 Harry McConkey said he is delighted to sign the Letterkenny man despite the interest of other clubs.

Harry said: “I’ve been aware of the qualities of BJ for some time and he has been hitting the back of the net regularly in the Ulster Senior League for Letterkenny.

“I travelled to Letterkenny for a good chat with him last weekend and invited him and his father Billy to Ferney Park for our first training session on Tuesday evening.

“I’m delighted that he and his Dad were impressed with what they saw and BJ agreed to sign for Ballinamallard Utd at the end of the evening session. I’m really looking forward to working with him. He is only 23 and a talented kid but has still lots to learn.

“I know he is excited about playing in a very competitive NIFL Championship this season but now simply wants to be allowed to get his head down, work hard and settle in with his new teammates.”

BJ said he is delighted to sign for the Co Fermanagh side who play in the Northern Ireland Football League.

He said “It’s a pleasure to be recruited by such a highly rated manager in Harry and I look forward to the season ahead. Always known that Ballinamallard were a good club and only now since travelling up I see the quality in the facilities and pitches so I’m eager to get going.”

In 2015 Banda was thrust into the limelight that would alter history and change his young life.

He came on as a sub for Finn Harps in the play-off game and flicked the extra time winning header past the Limerick goalkeeper, to promote Harps to the Premier Division.