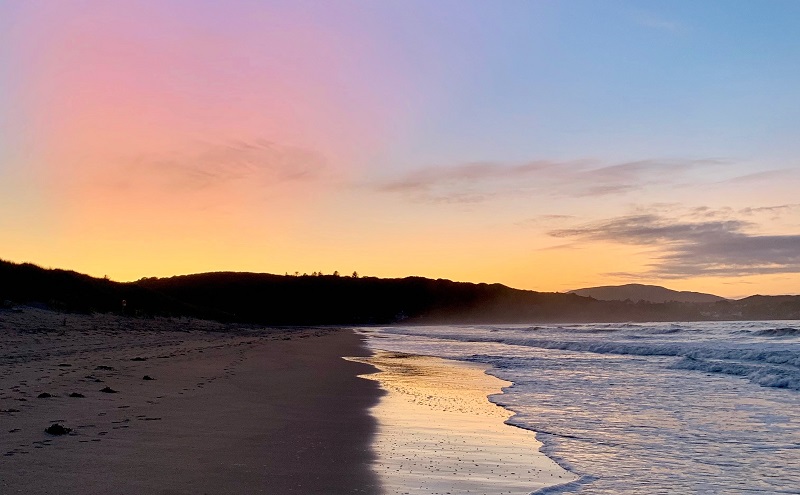 It may be a cool and even showery end to June but Met Eireann is forecasting a major lift in temperatures in July.

If you are planning a staycation in Donegal then mild, sunny weather is on the cards.

The national weather forecaster is predicting highs of 23 degrees next week and there’s plenty of more sun on the way.

The forecaster said “there is a trend towards fairly settled weather into early July with high pressure more dominant than normal.”

The following is the month-long weather forecast for July.

Get the BBQs cleaned out!

High pressure is forecast to be situated close to Ireland during this week bringing relatively benign weather conditions. Mean air temperatures are forecast to be above average for late June whilst precipitation totals are forecast to below normal. Soil moisture deficits are expected to continue to climb with increasing restriction to growth.

There is a trend towards fairly settled weather into early July with high pressure more dominant than normal. There’ll be some rain but overall rainfall amounts are forecast to be below normal with mean air temperatures predicted to be above average. Soils are predicted to continue to dry out with increasing soil moisture deficits.

By Forecast Week 3, forecast confidence declines but there is a continued trend towards fairly settled weather. Air pressure is forecast to be higher than normal resulting in drier than average conditions. Mean air temperatures are currently projected to be slightly above normal.

At forecast Week 4 there remains a slight trend towards drier than normal conditions but with low confidence in the forecast. A trend towards marginally warmer than average mean air temperatures is shown.