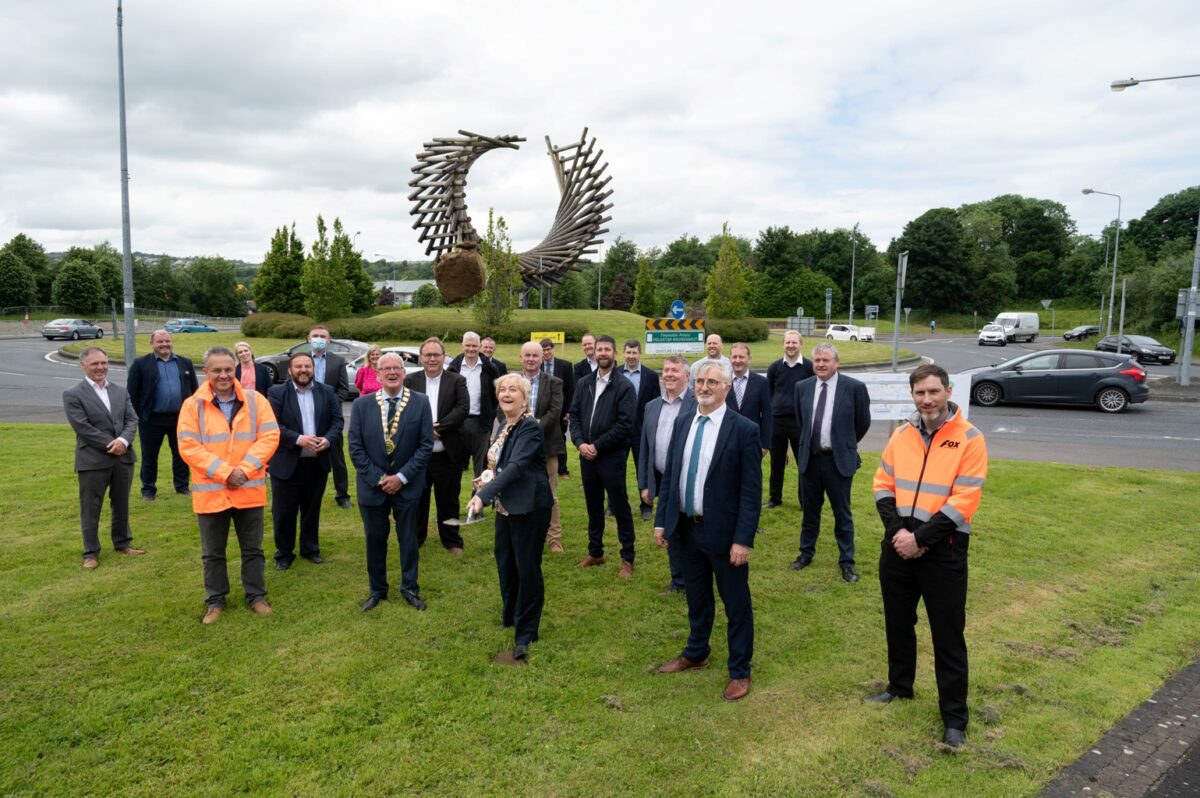 The sod has been officially turned on Letterkenny’s N56 Four Lane Road Project.

The N56 Four Lane road is the primary and only functional two way access route from the National/TEN-T comprehensive road network linking the Gateway town of Letterkenny to Derry, Dublin and the Atlantic Corridor.

This scheme will significantly improve accessibility to Letterkenny and the northwest of the County. The scheme will provide improved safety, functioning and capacity by providing;

This project has been supported throughout its development by Transport Infrastructure Ireland and is fully funded by them. The construction cost is over €6m of which over 30% is for Active travel and modal shift facilities.

At the sod turning Cllr Rena Donaghey, Cathaoirleach of Donegal County council stated that; “The N56 Four Lane road is a key ‘lifeline route’ and the main access route to and from Letterkenny. This road is the highest trafficked road in the region with recorded traffic volumes of up to 35,000 vehicles a day . I know there will be challenging times ahead during construction on this busy road but at the end we’ll have another high quality piece of infrastructure and I wish the project team every success during construction”. 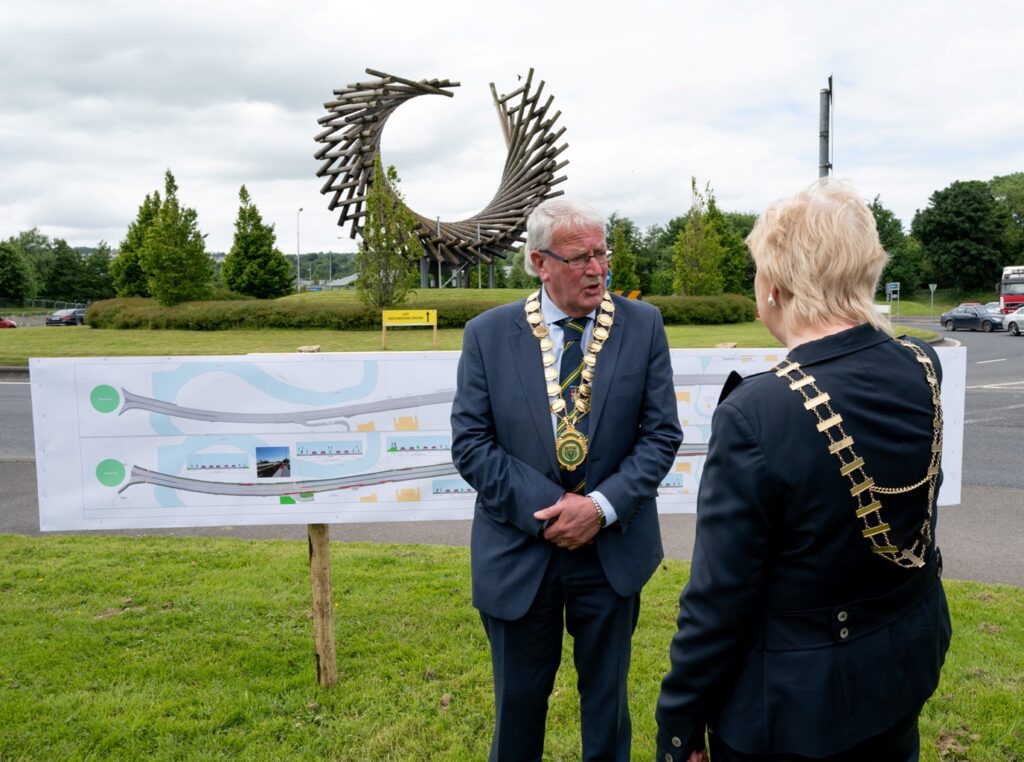 “This is a fantastic investment and will deliver very real benefits both to the road itself but also beyond through improved route resilience and better safe guarding of this key lifeline route and accessibility to Letterkenny and the northwest of the County”.

Fox Building & Engineering Ltd have been awarded the contract and Barry Transportation have been appointed to manage the contract on site for Donegal County Council. The estimated time for completion of the project is approximately 15 months.