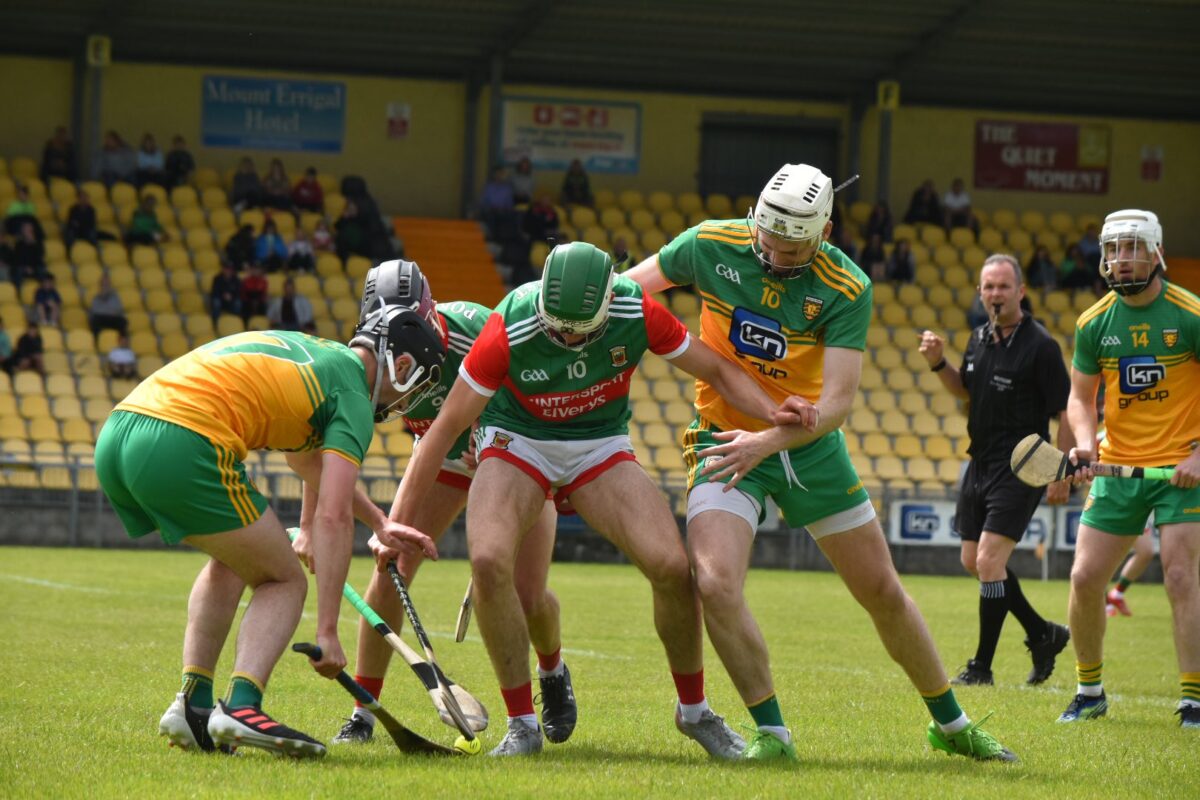 THE hurlers of Donegal and Mayo are becoming as accustomed to each other as the footballers these days – but it was the Connacht side who had the upper hand here.

This Nickey Rackard Cup opener in Letterkenny represented their third big meeting in recent times – and Mayo made it third time lucky.

Mayo arrived in the Cathedral Town still smarting from last year’s final defeat to Donegal, who also enjoyed a 4-18 to 0-13 Division 2B win over the Westerners last month.

Adrian Phillips netted in the first half for Mayo, who were behind most of the way. However, Higgins’ goal, after a bad mistake in the Donegal rearguard, drew the level for the fourth time.

Mayo hit 1-4 in the last six minutes of play with the influential Shane Boland scoring three of those. May led for the first time when Boland riffled over from way out on the left-hand side to tip the scales.

It was a wasteful day for both teams with Donegal registering 13 wides and Mayo having 14.

A superb Luke White save kept Donegal’s sheet clean in the second minute, the Donegal ‘keeper reaching full-length with his stick to deny Brian Hunt.

Either side of that, Sean McVeigh and Bernard Lafferty – with a wonderful score from his own ’65 – had Donegal in front before Declan Coulter added a ’65.

When Lafferty brilliantly curled between the uprights in the 27th minute, Donegal were five to the good.

Mayo hit back and Phillips finished low after Higgins did the spadework, but Donegal were 0-9 to 1-4 in front at half-time.

Donegal were dealt a huge blow in the warm-up when Danny Cullen pulled up with an injury that forced his withdrawal.

The home side were already without the suspended Conor O’Grady while injury prevented the participation of Gerry Gilmore and Padraig Doherty.

While Niall Cleary added the first point of the second half, Mayo were level by the 44th minute when Eoin Delaney popped over.

Donegal had a real let off when Mayo midfielder Sean Regan broke away only to scuff his effort and Donegal managed to clear.

In last year’s final, Donegal rallied to hit back from an eight-point deficit to defeat Mayo in the final. At Croke Park, a late surge secured the silverware, Donegal becoming the first county to win the Rackard Cup three times in the process.

Donegal had a goal chance when sub Oisin Grant blasted to the side netting, but Coulter helped to keep the home noses in front.

When Coulter landed his ninth point, Donegal look assured – but Mayo had other ideas.

A horrible mix-up presented Higgins with a gaping goal and he gobbled the chance with glee.