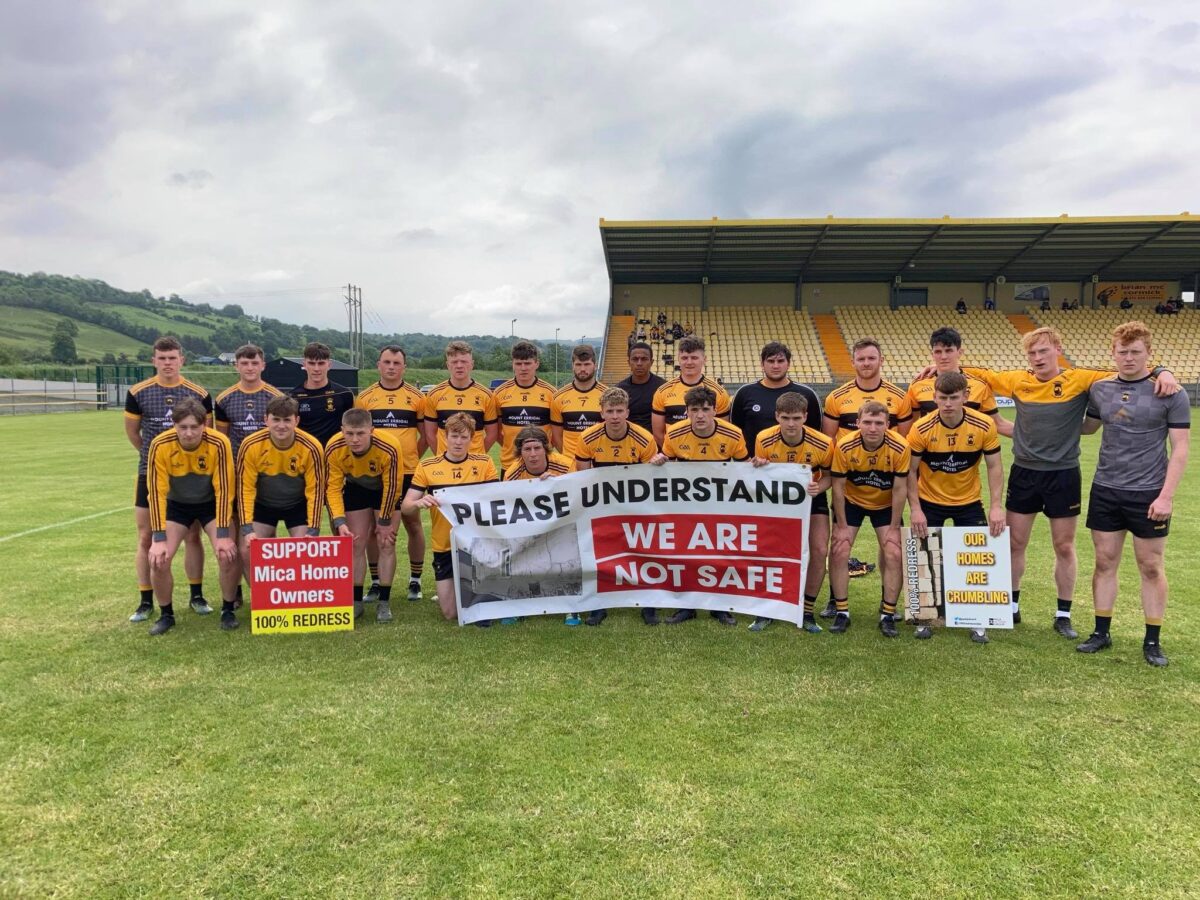 St Eunan’s claim away win by the Seaside

ST Eunan’s gained their first away points of the season over a depleted Bundoran at Gaelic Park on Saturday afternoon.

Eoin McGeehin opened the scoring for the visitors before Cian McEniff replied for the home side with both scores coming from placed balls.

The impressive David Boyle got the first of his personal six-point tally on eight minutes.

Then on 10 minutes, a long ball into the square was excellently fielded by Ronan McGeehin and he duly blasted to the net.

Another McEniff point from a free was soon cancelled out by Boyle.Both teams exchanged points from McGeehin and McEniff frees before a good move was finished by Oisin Walsh to give Bundoran their first point from open play.

Rory Kavanagh’s men eased into a five-point lead with further points from the deadly duo of McGeehin and Boyle. Another McEniff free from long range saw a swift reply from McGeehin his first point from play to leave the half-time score Bundoran 0-5 St Eunan’s 1-7.

The visitors were fast out of the block in the second half with Brian MacIntyre finding the range before Boyle extended the lead out to seven points from another free. Bundoran’s first score of the half came again from a McEniff free before Cormac Finn curled an excellent effort from distance just before the water break.

Things looked bleak for the Seasiders at this stage but a hopeful punt into the square was met by the towering Ciaran McCaughey who fisted to the net to give them renewed hope.

Both teams again exchanged points from Boyle and McEniff frees. Unfortunately for Cathal Corey’s charges this was to be their last score and the Letterkenny men added further points from McGeehin and Boyle.

As the game entered injury time a scuffle ensued which resulted in three players – St Eunan’s Daragh Toal and Jordan O’Dowd and Bundoran’s Oisin Walsh – getting their marching orders from referee Mark Dorrian.

It was not in keeping with the tone of the game as it had been played in a very sporting manner up until this.

The final act of the game  was a point from a very Bundoran sounding name but unfortunately for the homeside his roots are firmly through the gap as Peter McEniff slotted over from close range to give St Eunan’s a deserved victory. ,