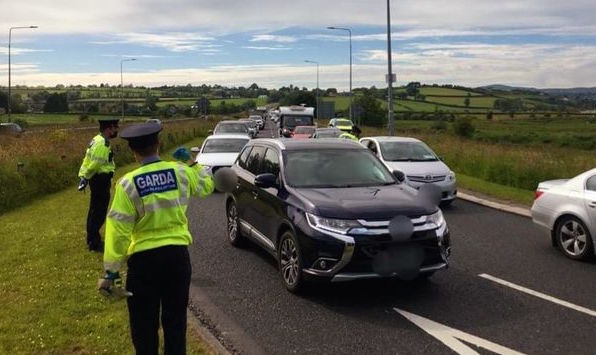 A major Garda operation on the outskirts of Letterkenny today has resulted in four arrests.

Gardai from the Letterkenny Roads Policing Unit set up the operation on the dual carriageway coming towards the Manorcunningham Roundabout.

Gardai stopped a number of vehicles.

There were long tailbacks as a number of drivers were tested randomly.

A number of fixed charge penalty notices were issued to motorists for other road traffic-related offences.