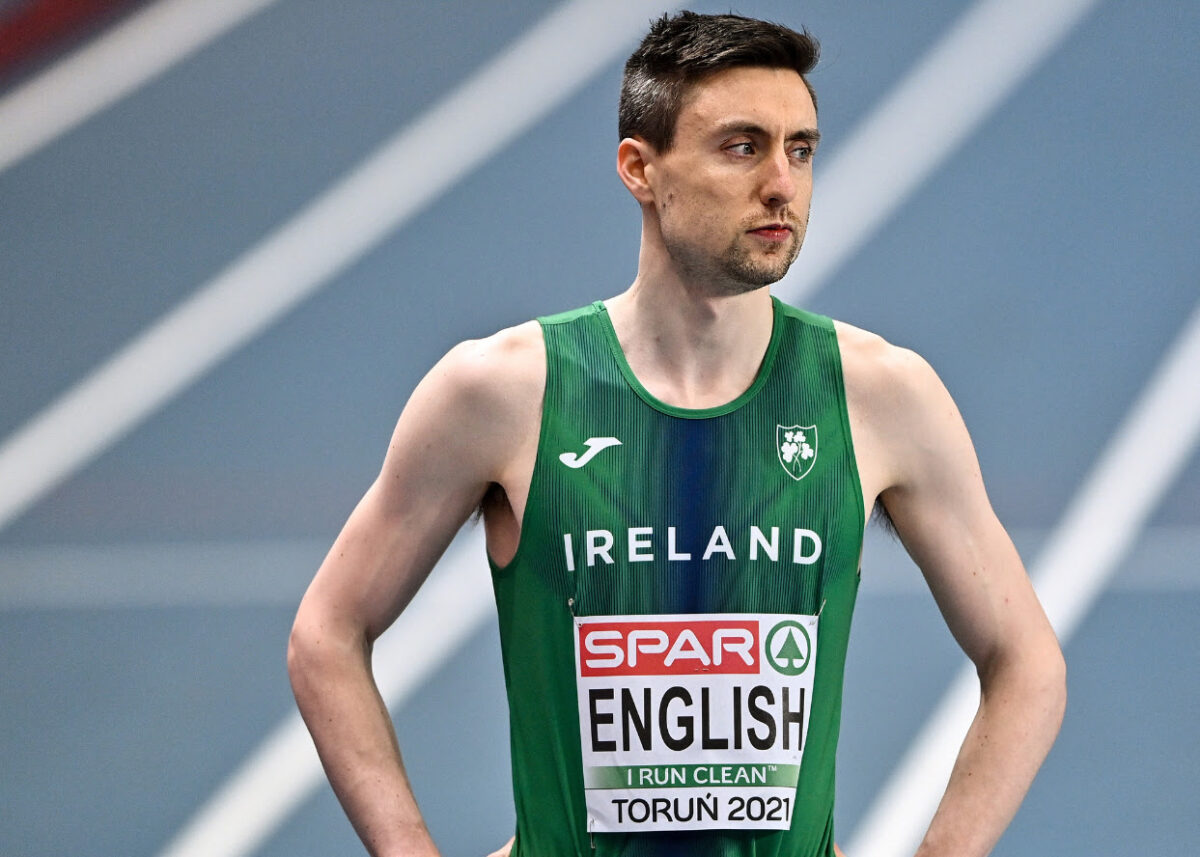 MARK English came third in the men’s 800m at the True Athletes Classic in Germany today.

The Finn Valley AC man, eager to clock the automatic Olympic qualifying time, was 0.31 seconds off that mark.

English opted to compete in Leverkusen rather than go in search of his latest Irish 800m title at the National Track and Field Championships in Santry.

A stunning run in Spain last weekend had English in what even learned athletics statisticians reasoned as an unassailable position in the rankings.

He was down to 47th (with 48 to qualify for the Olympics) during the week and was keen to nail the automatic qualifying time.

English traveled Germany from Sweden having won an 800m in Karlstad on Tuesday.

There, English won in 1:46.50 having finished second at Meeting Madrid last Saturday. English’s 1:45.22 in Madrid was just 0.02 seconds off the automatic Olympic qualifying time.

Those performances followed a winning run at Sollentuna a week earlier and English stated hat he had found his ‘mojo’ again.

His recent form was evidence that he was in his best form since 2014 with his time in Madrid his fifth fastest ever.