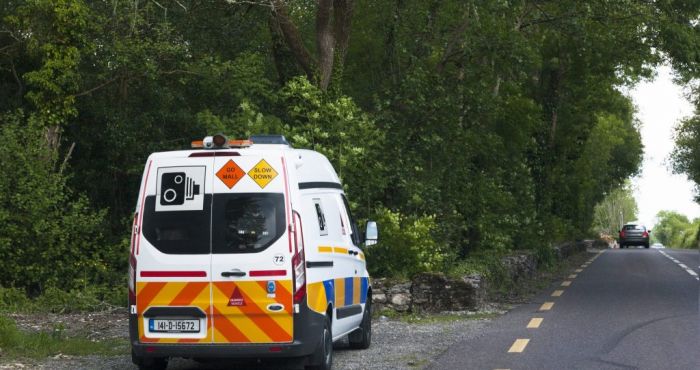 A Judge has said he was almost blinded by motorists flashing their lights to warn him of speed vans.

Judge Alan Mitchell made his remarks as a number of motorists came before him for speeding offences at Letterkenny District Court.

“I have nearly been blinded by the number of people flashing at me (to warn about speed vans.)

“If there were more unmarked patrol cars then people would be more conscious of their speeds,” he suggested.

He was speaking as Gardai gave evidence of arresting a young man from Northern Ireland who was traveling at 150kph in a 100kph zone on the dual carriageway outside Letterkenny at Dromore.

Garda Sergeant Jim Collins said the young man did not know the car monitoring him was an unmarked patrol car and drove in an erratic manner.

Sgt Collins said he was very apologetic to Gardai when he was pulled over.

The man, aged 21, was ordered to do the Pro-Social Driving Course.