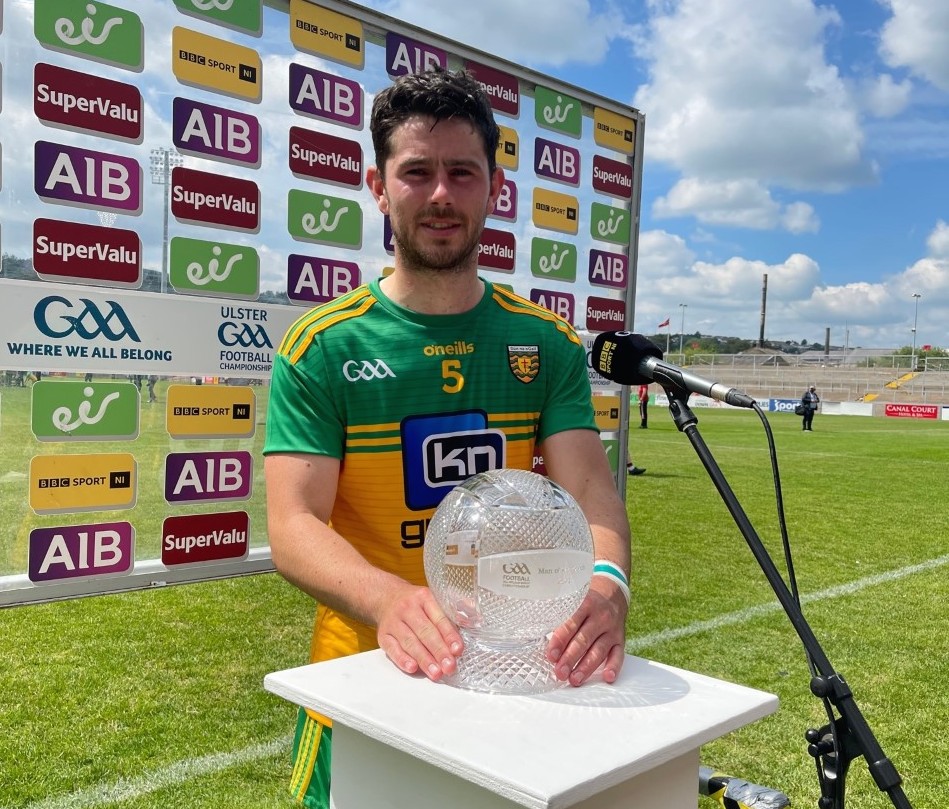 WHILE it wasn’t spoken about in their huddles, the 2020 Ulster final defeat was clearly a driving force behind Donegal as they took to the 2021 stage.

By Chris McNulty at Páirc Esler

Caught by Cavan in last year’s final, Donegal were denied the county’s first ever Ulster three-in-a-row.

A 16-point win began their latest provincial quest by avoiding any land mines in Newry, where they eased to a 2-25 to 1-12 win over Down.

Ryan McHugh’s star dust was back as the Kilcar man kicked four points and gave his best display since the turn of the calendar.

“Getting there a wee bit but there’s still a lot of work to do,” he smiled as he sat schoolboy-like at a ready-made desk in Páirc Esler, post-match media duty still conducted under Covid-19 guidelines.

On the lingering pain of last year, McHugh said: “There is and I’ll not lie to you we didn’t touch on it a wild lot.

“It’s a new year and we don’t like looking back but I think within the players themselves, there’s a lot of pride and honour in a lot of those Donegal players, and for me personally it was one of the toughest defeats last year in the Ulster Final against Cavan. 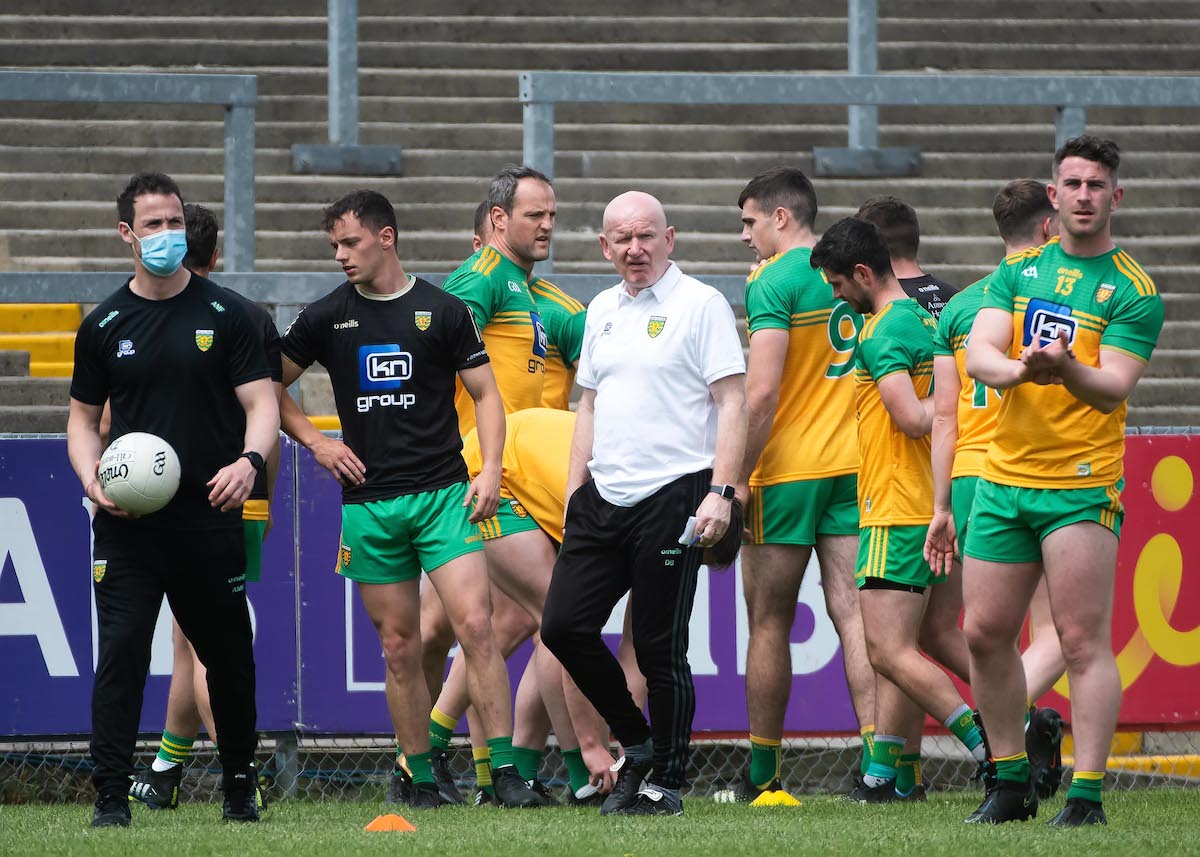 “So to get back playing here today, we did use that wee bit of hurt and put it into a top performance today.”

Donegal were rocked when Michael Murphy limped off in the 29th minute, the effects of a recent hamstring injure returning to haunt after a good start to the game.

The sight of the Glenswilly man being replaced, just as Michael Langan kicked a free to put Donegal 0-11 to 0-6 in front, acted as a real kick for those who remained in play.

McHugh said: “You just have to deal with it and try and pick yourself up, and every player on the pitch has to lift it.

“We dug him out of it there today. He’s our main player and he’s our captain, but Michael would be the first to say that you aren’t going to win big championship matches relying on one player or two players.

“To be fair to him, Michael has dug Donegal out of it on numerous occasions all through the years.

Donegal were rather ruthless, a 1-15 to 0-8 deficit at half-time showing the difference in class.

Jamie Brennan, who replaced Murphy, netted the opening goal, a score that took any wind from the Down sails.

McHugh said: “Jamie got the goal at a really important stage in the game as Down were coming back and it just gave us that wee bit of breathing space and we kicked on a couple of extra points.

“Down had to come out a wee bit more and chase the game and that gave us the chance to get our players up the field a bit more space.”

Derry – with the familiar face of Rory Gallagher guiding the way – will be in Ballybofey in two weeks’ time for a quarter-final.

McHugh said: “It’s going to be an enthralling encounter and it’s one we are going to look forward to.”

“Derry are going to come to Ballybofey all guns blazing after a massive league campaign, and we know Rory extremely well.”