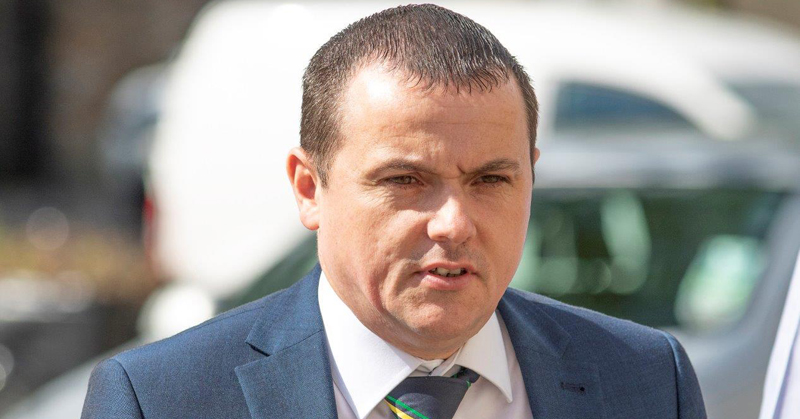 MICA: Battle to have Redress Committee Chair on working group

A campaign is underway to get Councillor Martin McDermott a seat on the government’s Defective Blocks Working Group (DBWG).

Cllr McDermott is Chairperson of Donegal County Council’s Mica Redress Committee, however, he has not been included in the group established by Housing Minister Darragh O’Brien this month.

Prominent campaigner Paddy Diver said he is “totally disgusted” with the omission.

“He knows more about the Mica Redress Scheme than any of the other councillors that are going to be sitting at the table tomorrow morning.”

Representatives from local authorities and the Department of Housing are also included in the group, but no elected Donegal or Mayo County Councillors have been asked to attend.

Paddy Diver is calling on the public to demand change and lodge complaints ahead of the group’s first meeting tomorrow.

“We need to fight to keep him (Cllr McDermott) on it (DBWG),” said Mr Diver.

Cllr Martin McDermott said he has submitted a document to the Housing Minister with details on 77 houses in the Defective Concrete Blocks Scheme which have been given approval for demolition.

The special working group is to prepare a report on the Mica Redress Scheme by July 31st.

Meanwhile, Dr Ambrose McCloskey, a senior engineer on the panel assessing mica damage to homes in Donegal has said he is leaving unless changes are made to the remedial scheme.