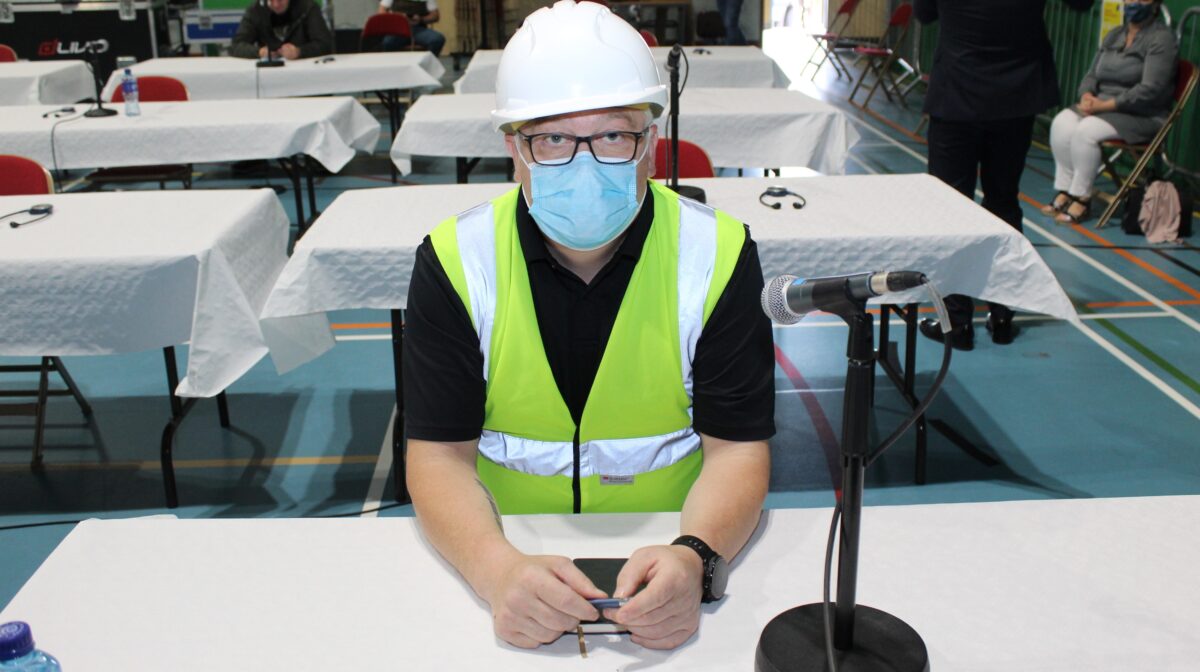 Donegal County Councillor Frank McBrearty made a strong statement with his attire at today’s council AGM.

The Raphoe councillor shunned a suit to attend the meeting in a hard hat and high vis vest.

His clothing, he said, is an example of what Mica homeowners will have to wear in the years to come.

Cllr McBrearty told Donegal Daily: “Over the next number of years we’re going to have to walk around our own houses with hard hats because of the failure of this government to give us justice.”

Cllr McBrearty said he has little faith in the Defective Blocks Working Group, which meets today for the first time to dicuss Mica Redress at government level.

“The group does not represent me, my family, the people I represent or the Donegal Mica Justice Campaign,” he said.

“Paddy Diver has done a great job highlighting what needed to be highlighted but the problem is we are not going to get the proper redress, only in the courts.”

Donegal County Councillors are meeting in the Aura Leisure Centre today to elect a new Cathaoirleach.