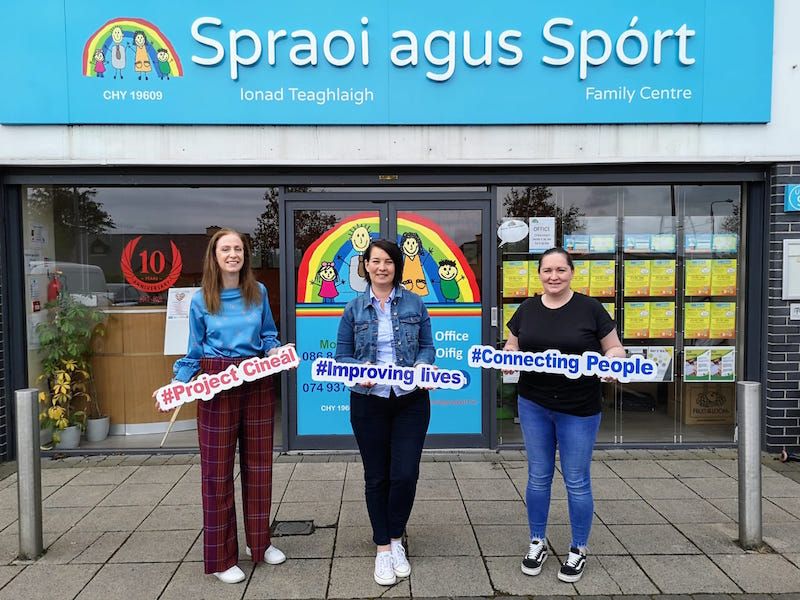 Carndonagh’s Spraoi agus Sport family centre has won a €1,000 donation in the Movement for Good awards.

The awards by specialist insurer Ecclesiastical is giving away over €1,000,000 (£1 million equivalent) to charities in Ireland and the UK.

Spraoi agus Sport are no stranger to awards and national recognition. Spraoi agus Spórt opened its doors to the public in November 2010 as a parent and toddler group – and has since grown into a vibrant family hub with workshops, events and afterschool care which meet the needs of the local community.

In total, more than 10,000 people across the Republic of Ireland and Northern Ireland supported the Movement for Good awards this year, with different charitable causes up and down the island receiving votes. The winning charities were picked at random from those nominated.

Thanking supporters of the movement, David Lane, Managing Director of Ecclesiastical in Ireland, said: “We have seen an overwhelming public response to our Movement for Good awards for a third year in a row and I would like to thank every single person who took the time to nominate a good cause. It’s clear that people care deeply about those in need during what has been an incredibly testing time for many. We know that €1,000 can make a huge difference to the incredible work that charities do and we’re looking forward to seeing how this financial boost will change lives for the better.”