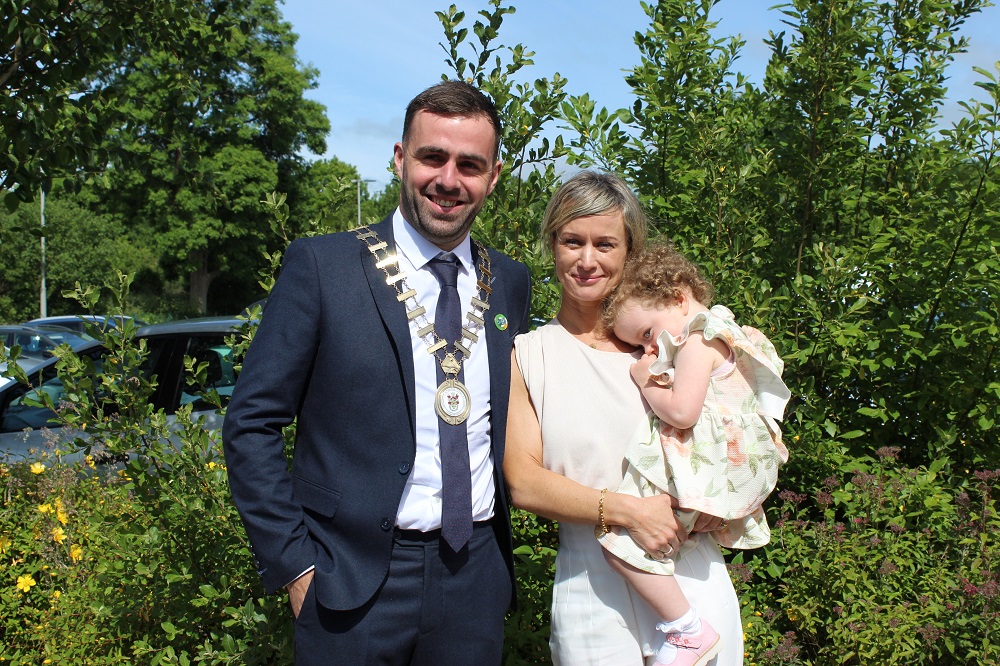 THE NEW Cathaoirleach of Donegal County Council is planning to bestow honours on the leaders of the Mica redress campaign.

It was a day of pride for Sinn Féin Cllr Jack Murray today as he was elected to the position of Donegal’s new First Citizen. In the year to come, he said he plans to use every opportunity available to him to press for 100% Redress.

The Buncrana representative said there is no issue more emotive or devastating in Donegal than the impact of the Mica Scandal. In paying tribute to Mica campaigners, he said he will use his powers to bestow specific honours on those who led a major protest in Dublin on June 15th “to show how much their actions inspired us all and how much they have lifted the people of county when it was so badly needed.”

“I intend to proudly be a Cathaoirleach for every part of this beautiful country,” Cllr Murray told the Council’s AGM today. 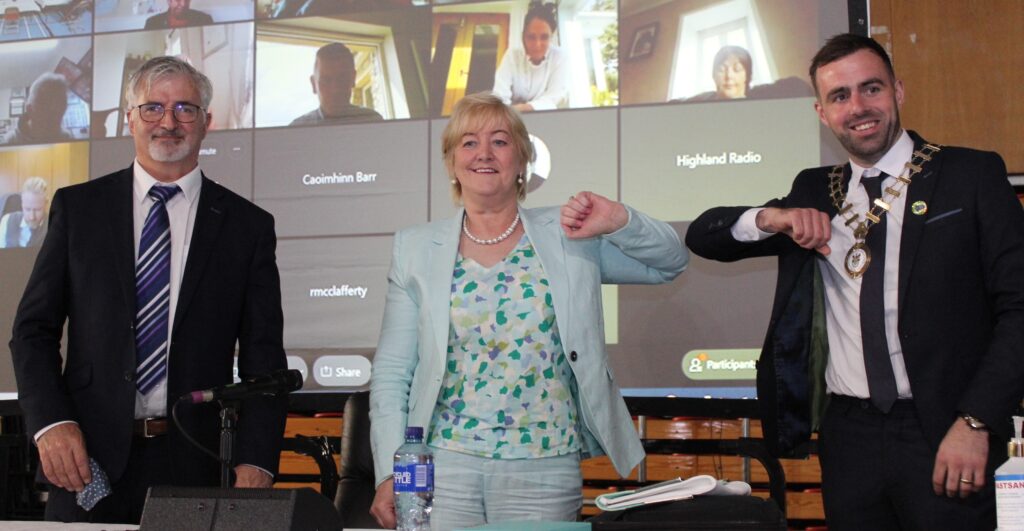 The meeting was attended by Dinah and Amanda Fullerton, wife and daughter of the late Buncrana Councillor Eddie Fullerton. The 30th anniversary was of Cllr Fullerton’s murder was commemorated last month.

Cllr Murray said his thoughts were with Eddie when he put on the county chain this afternoon.

“I hope he’s smiling down at us now,” Cllr Murray said.

Among the new Mayor’s priorities will be housing, the recovery of Donegal businesses after Covid-19, investment in Digital Hubs, tourism, transport links, the National Broadband Plan, the Shared Island Unit and the further development of the North West City Region. 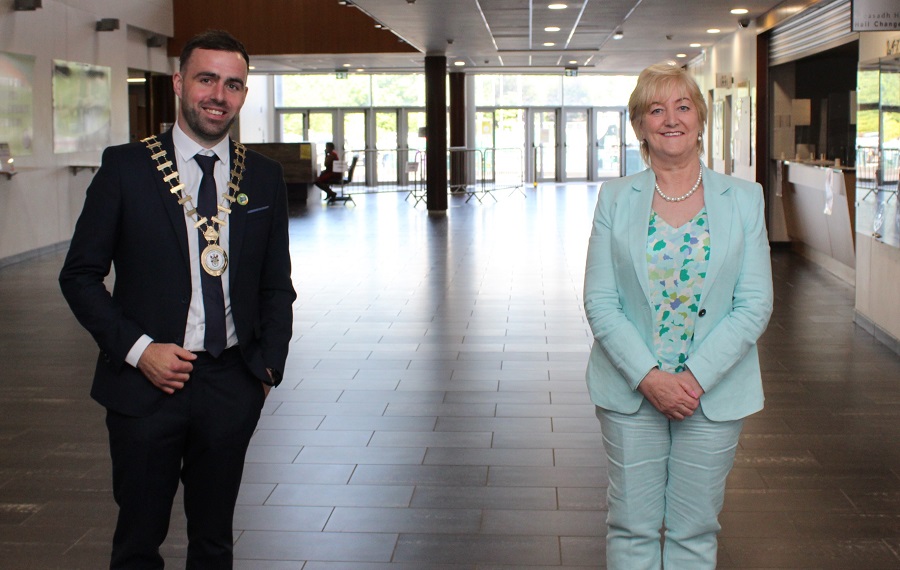 The rotation of the Cathaoirleach role has led to Cllr Murray being the third Inishowen representative to lead elected members of Donegal County Council in the past three years.

Cllr Murray takes over the role from Fianna Fáil Cllr Rena Donaghey. Tributes were paid to Cllr Donaghey’s leadership during a most difficult year.