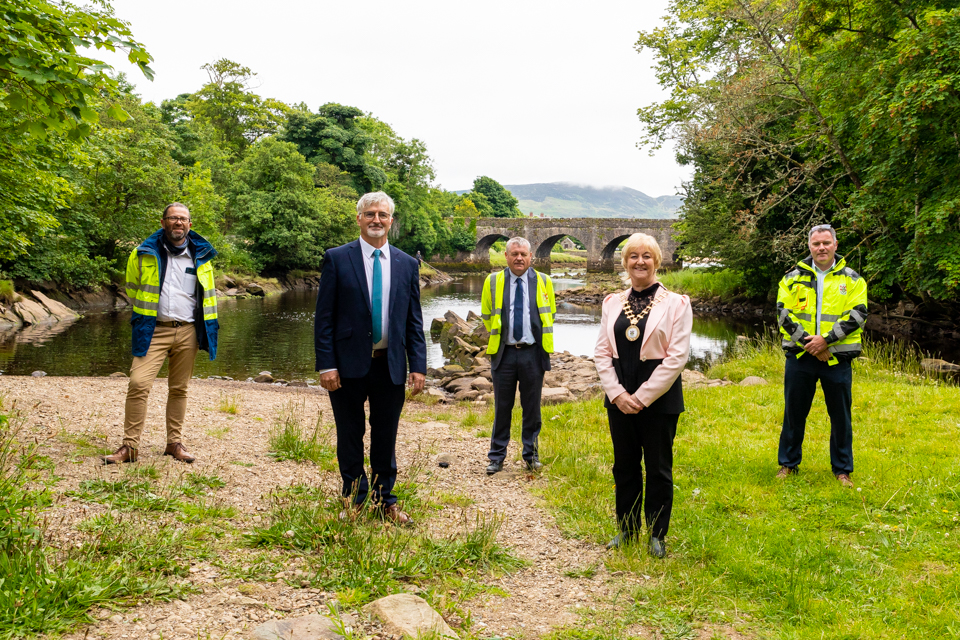 In Pictures: Swan Park on track to be restored by summer 2022

Buncrana’s much-loved Swan Park is expected to be fully restored and reopened by the summer of 2022 – with even more space for the community.

The park was severely damaged by the devastating floods of August 2017. In November 2018 the project was awarded €1.7million in Rural Regeneration Development Funding, with co-funding of €500,000 being provided by the council. 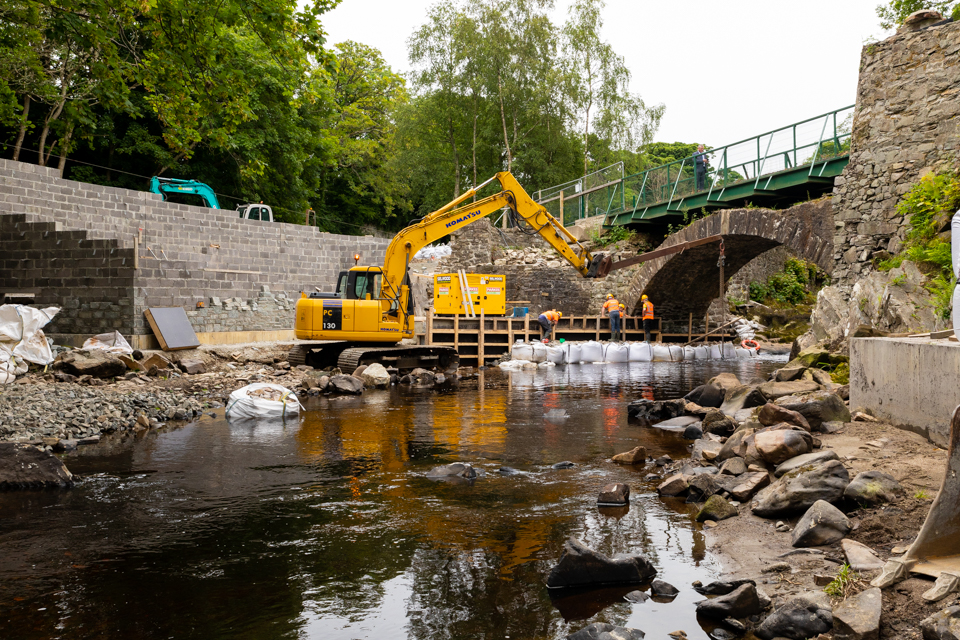 Cathaoirleach of Donegal County Council, Cllr. Rena Donaghey stated that “I’m delighted at the excellent progress that has been made to restore the park to its former glory. The park has always been an oasis of calm and tranquillity in the heart of Buncrana, and today I can really begin to see the new park taking shape. I would like to commend the council on the decision to bring in to public ownership almost 9 acres of land between the Castle Bridge and the Eye of the Bridge. This will permit much greater latitude in terms of the restoration works and allow the park to come back bigger and better than before.” 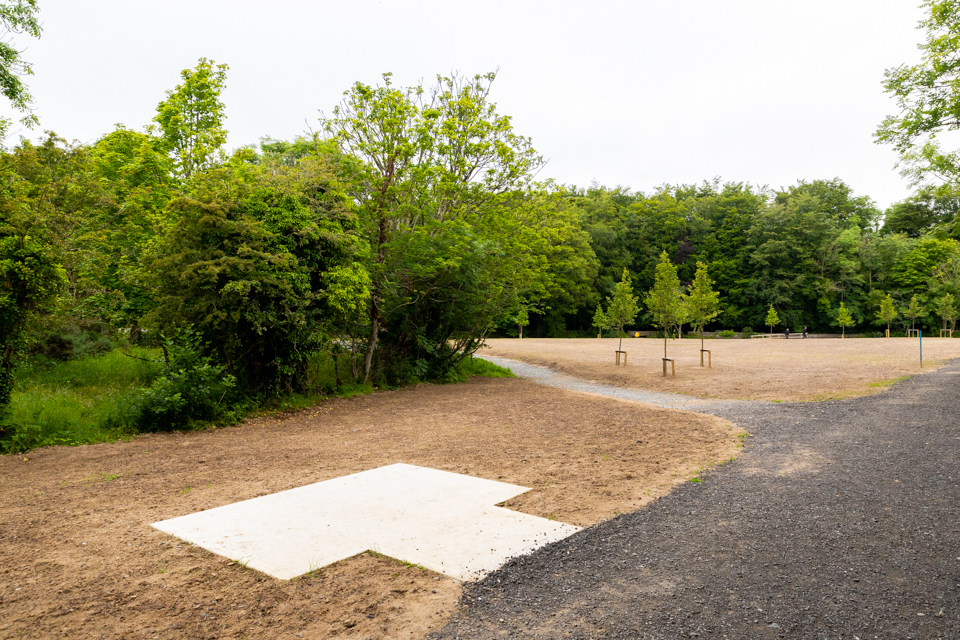 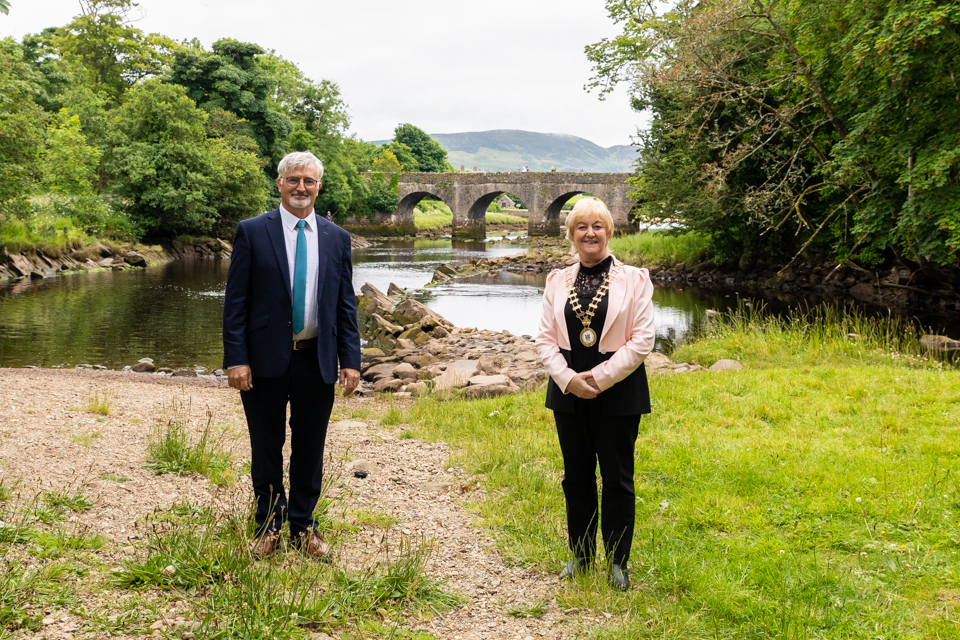 John G. McLaughlin, Chief Executive stated that “Works within the park had been delayed due to the pandemic, but good progress is now being made. Joseph McMenamin & Sons have been appointed to undertake the restoration of the Eye of the Bridge and works are progressing well on site. While some of the specialised works, such as the bridge, have been tendered, the rest of the work has been undertaken by the Council’s direct labour staff. The council is targeting having the park fully restored by the summer of 2022, with a limited reopening of the park to support the Halloween Festival.”

In Pictures: Swan Park on track to be restored by summer 2022 was last modified: June 30th, 2021 by Rachel McLaughlin
Facebook0Tweet0LinkedIn0Print0