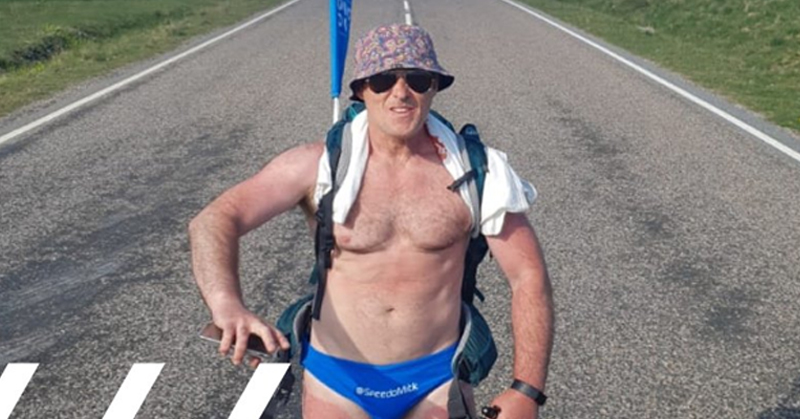 Look out for SpeedoMick’s eye-catching charity trek through Donegal

Donegal is about to welcome charity hero ‘Speedo Mick’ to the county.

You can’t miss him, because he’ll only be wearing his trademark blue undies, a swimming cap, Everton scarf and a pair of boots.

Speedo Mick is taking to the hills of Donegal as part of his mammoth 2,000 mile trek around the UK and Ireland to hand out cash raised from his previous adventures – as well as raising even more.

He crossed the border on Tuesday, but now has to self isolate for 5 days before his tour of Donegal.

The 56-year-old Scouser, aka Mick Cullen, has become a well-known figure for his eye-catching walks in his blue trunks.

His Giving Back Tour will see him walk an average of 18.5 miles per day. His local stops will be in Newtowncunningham, Stranorlar, Donegal and Bundoran.

SpeedoMick invites everyone to join his stomping route or set up your own fundraising event. You can follow his location on Facebook https://www.facebook.com/TheSpeedoMickFoundation or Twitter: https://twitter.com/speedomick 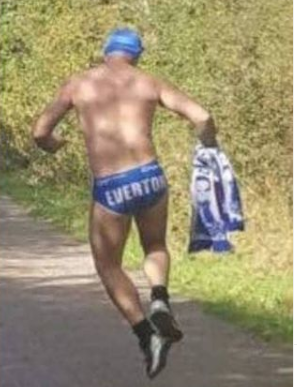 Mick said: “The reason I’m doing the walk is primarily to give back to the people and the communities who have supported me and the fundraising I’ve done in the past.

“The Covid-19 pandemic has placed a huge strain on the finances of so many worthy charities, so I’ll do anything I can to help.

“Marcus Rashford’s campaigning has shone a massive light on how difficult life can be for a lot of young people in this country, whether because of a lack of food, money or opportunities.

“Homelessness and disadvantaged young people are two issues very close to my own heart as I’ve been through those struggles and I know how hard it is to come out the other side.

“In my life, I’ve been in some dark, lonely, hopeless places and for me, one the most rewarding parts of my fundraising has been to help people who are facing what I have faced.”

Superfit Mick, who has twice been nominated for a Pride of Britain Award, first hit the headlines in 2014 by swimming the English Channel in just under 16 hours – despite being a novice swimmer.

He turned up to Everton’s next home game in a pair of blue Speedos with ‘Channel Swimmer’ written on his chest, and his famous look was born. 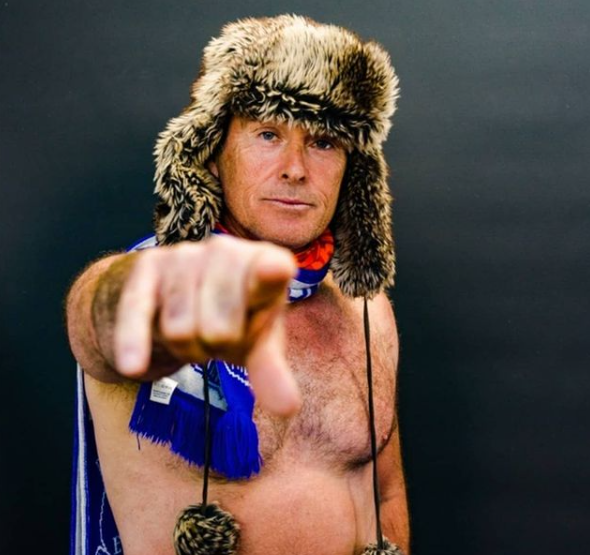 The community hero from Liverpool was inspired to take up fundraising after his own battles with alcohol and drug dependency, isolation and homelessness.

His newest mission, the ‘Speedo Mick Giving Back Tour’ started on May 31 and will cover 2,000 miles, taking in five capital cities – London, Edinburgh, Cardiff, Dublin and Belfast.

The main goal is to identify good causes in communities that are deserving of some of the funds he has already raised through previous missions, with a focus on underprivileged or homeless young people and mental health initiatives.

However, he also wants to raise more money to donate in future, with the footie fan just £350,000 away from hitting the £1million mark since he began in 2014.

He may be a seasoned walker, but he admits it’s not always easy.

“People always say that I must get used to the cold when I’m walking in my knickers, but you never get used to it, it rattles your bones every time.”