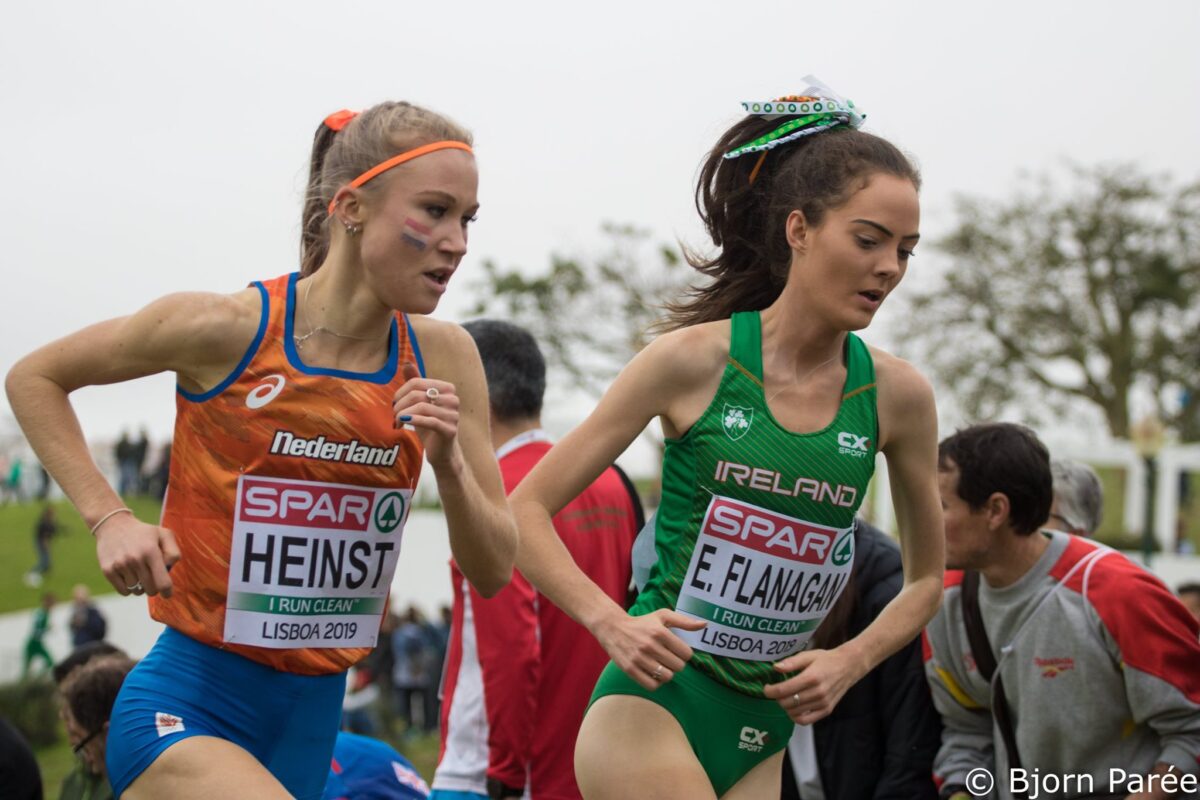 PATSY McGonagle has praised the determination of Eilish Flanagan, after the Gortin girl’s spot at the Olympic Games was secured.

Flanagan will go to Tokyo in the women’s 3000m steeplechase, alongside Michelle Finn/

At a Continental Tour silver meeting in Lucerne yesterday evening, Flanagan moved firmly into contention with an excellent 9:42.71.

Although not enough to make the automatic qualification, it secured Flanagan’s place in the rankings to give her a passage to Tokyo.

The run in Lucerne came just three days after she finished second to Finn in Saturday’s Irish final in Santry.

Former Irish Athletics Team Manager McGonagle has been working closely with Flanagan lately and has hailed her resolve.

“Eilish stepped off the track in Dublin after coming second in the steeplechase – at that stage she was so close to the Olympics – and immediately wanted to give it another go,” McGonagle said.

“She said immediately in the exchanges afterwards about this race in Lucerne and that she’d like to give it another shot.

“I had started the conversation by saying: ‘that’s it, you had a great season and you need a rest’.

“Once she wanted into Lucerne, I got on the phone to Switzerland and, very late on Sunday evening we got the spot confirmed.

“It was a tremendous performance by Eilish and it’s such a great story,”

Mark English – who has been running under the Finn Valley AC banner since early 2020 – nailed the qualifying time yesterday evening.

McGonagle said: “To have two athletes that I’ve been working very closely with secure Olympic Games qualifying so close to each other, it’s the stuff dreams are made of.”