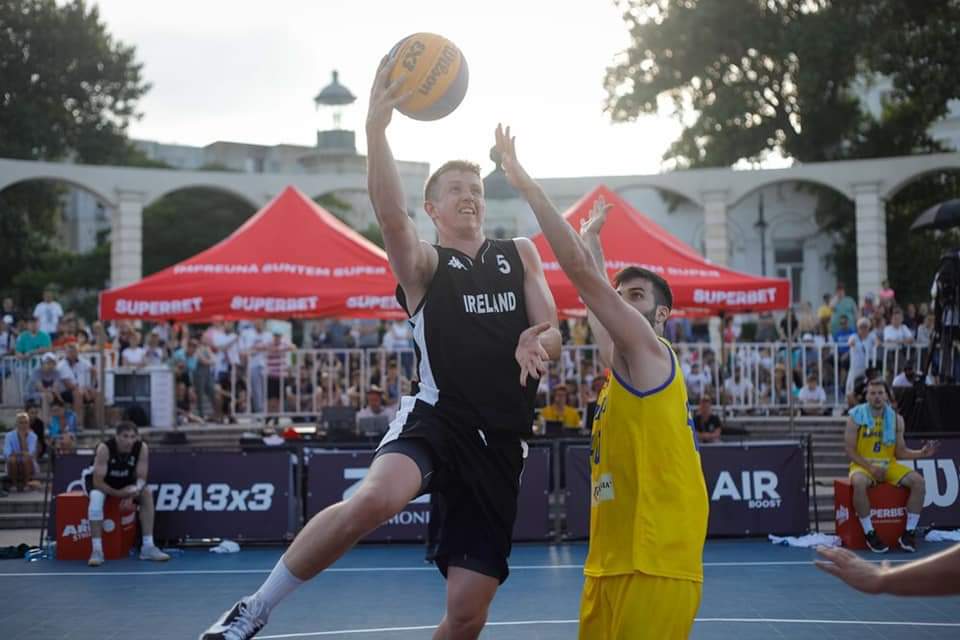 In their first match of the day, the team performed well against the dominant Lithuanian side, and kept the game close in the opening minutes, sparked by some great inside and long-distance scores from Hickey.

However, the experience and size of the Lithuanian team showed in the closing minutes and Lithuania moved to a 21-9 win.

In their second match, a physical contest ensued against Georgia. Despite excellent defensive play and long-distance shooting from the whole team, they fell just short 19-15.

The final game saw the most balanced team performance of the day and another close encounter with a 21-16 loss to hosts Romania. The Irish team’s gritty performance saw them finish 13th overall, two places above their entry seeding.

“Although disappointing not to secure a win, we’re happy with how we performed and felt that with each game we improved,” Hickey said.

“It’s a stepping stone for future tournaments and a sign that Ireland can complete at this elite level. I’m very proud of what we accomplished after such a short preparation time, and believe the national team programme will keep moving from strength to strength.”

Unlike traditional 5×5 basketball, the 3×3 discipline is played in ten minute games, on a half-court set-up, and has quickly become the most popular urban sport in the World. In fact, it will make its first appearance at the Olympics in Tokyo, 2021.

Séamus continues to compete in the sport of 3×3 basketball at an international level with his brothers and their team; FTF.

The team has seen great success over the past three years competing in the Netherlands pro-tour, the Ballout UK national championships, and the FIBA World Tour Championship as well, securing seven top three finishes overall.