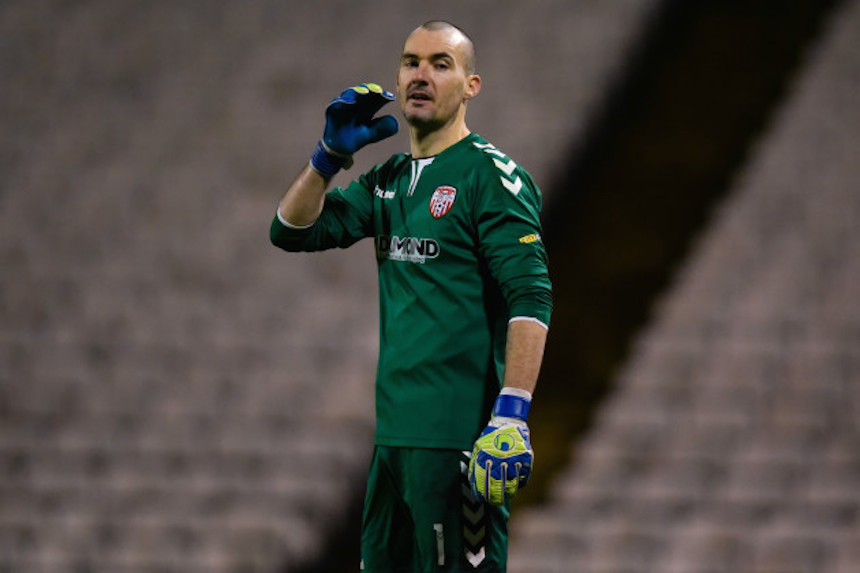 The 39-year-old former Derry City player has been a free agent since leaving Crusaders.

Doherty had been training with Harps in recent weeks and Donegal Daily/Donegal Sport Hub understands that the Derry native has now pen to paper at the club.

Doherty spent six years with Welsh Premier League side The New Saints before returning to Derry in ’08.

He was at Crusaders since December 2018, but Ollie Horgan has lured the experienced stopper, who will turn 40 in August, to Finn Park to challenge Mark Anthony McGinley.

Luke McNicholas spent the first half of 2021 on loan from Sligo Rovers, but will return his parent club with another loan move likely. McNicholas didn’t feature for Harps in their Premier Division campaign.

Sean Kerrigan, who scored a hat-trick on his debut for the Finn Harps Under-19s in last weekend’s 3-2 win over Athlone Town, has also been added to the first team panel.

Later this summer, Kerrigan is due to fly out to Mercyhurst University in Pennsylvania to begin a scholarship.