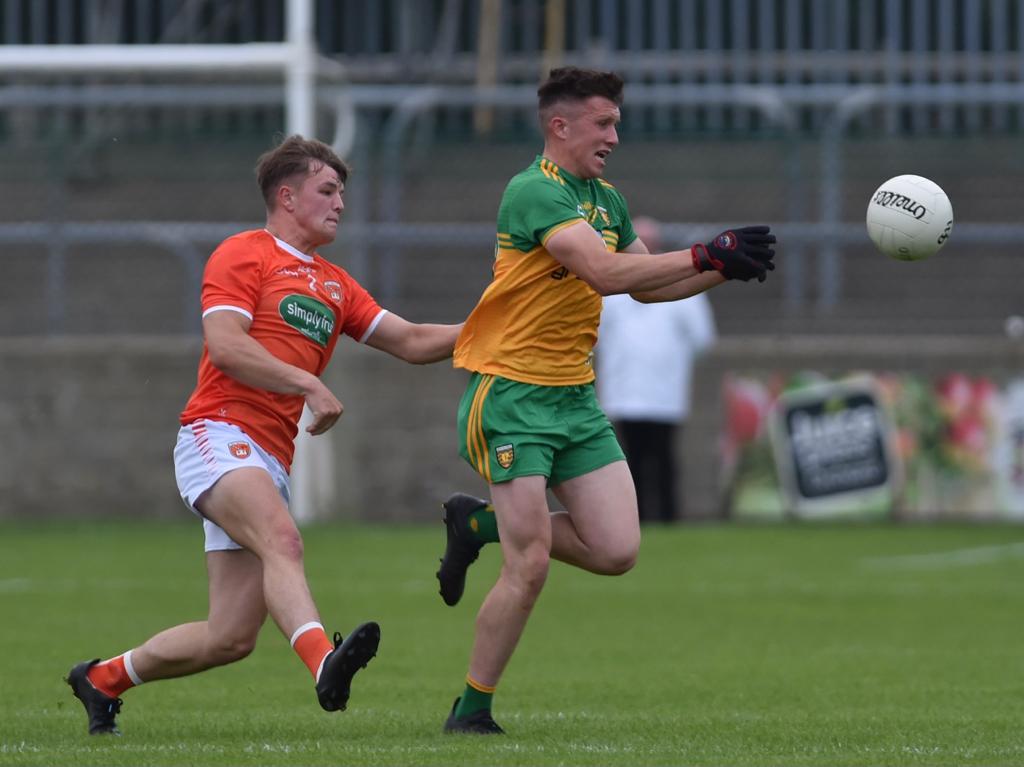 EOIN Dowling’s goal late in the first half catapulted the Donegal U20s to an impressive Ulster Championship win over Armagh.

Dowling’s goal was the big score as Donegal took a firm command of this preliminary round tie.

In added time at the end of the half, Dowling took possession from a dropping ball in from Padraig McGettigan. Right in front of goal, Dowling showed good composure to steady himself before slotting past Shea Magill, the Armagh goalkeeper.

Dowling’s goal put Donegal 1-8 to 0-4 in front at the changeover. 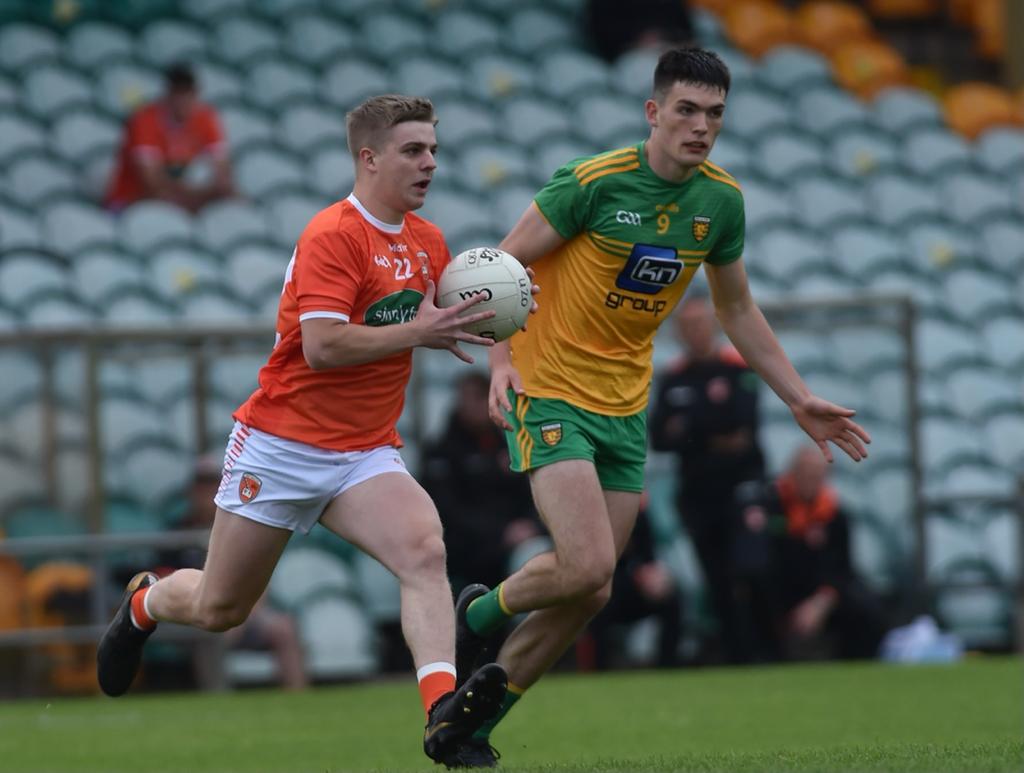 Donegal had been getting on top of things in the second quarter.

Termon’s Ryan McFadden clipped over his second of the evening to give Donegal a 0-4 to 0-3 lead – the first time they were in front – at the water break in the first half.

Two James McCormac frees helped give Armagh an early advantage, but a monster score by McGettigan, curling delightfully over from the right-hand side, got Donegal off the mark.

With Donegal growing into the contest, Dowling and Richard O’Rourke opened up a three-point lead for the home side. 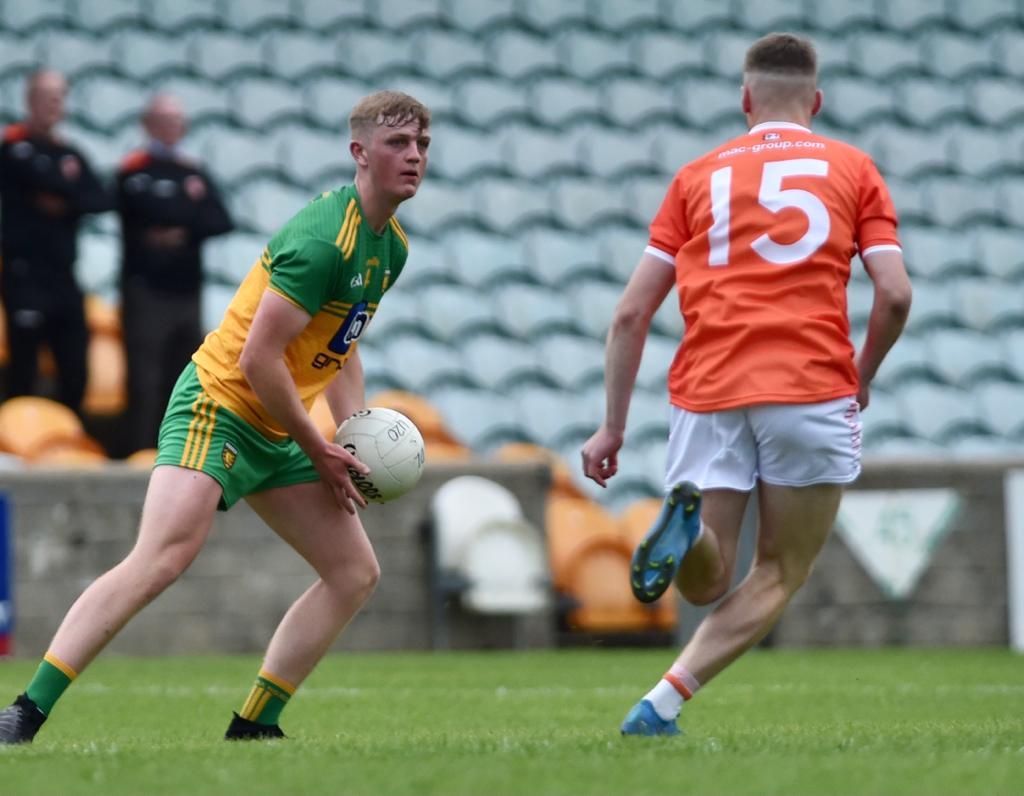 McGettigan might have had a goal, but his effort was turned away by Magill.

Although McCormac ended a 21-minute barren spell for the Orchard, but Dowling struck gold for Donegal.

Duffy deployed a team that had five starters who featured in last year’s Under-20 final defeat to Tyrone in Clones with Paul O’Hare, Rory O’Donnell, O’Rourke, McGettigan and Johnny McGroddy included. 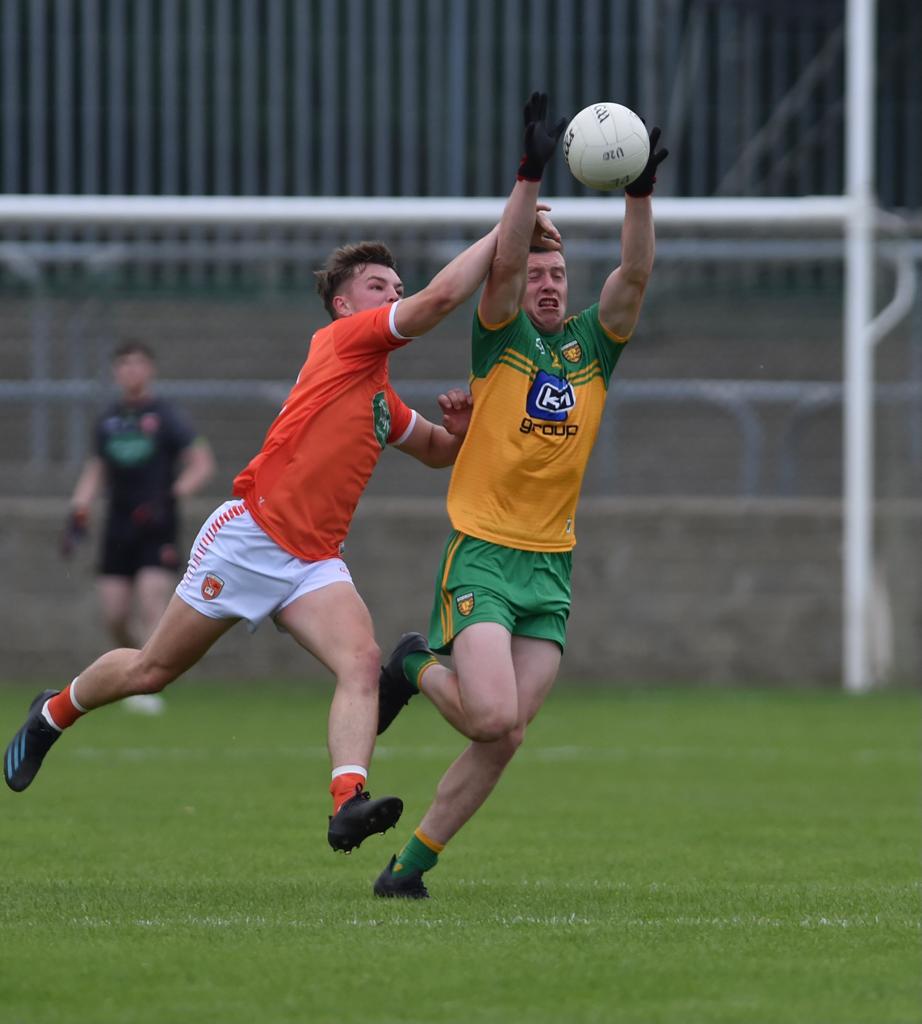 Naomh Columba’s O’Hare was to play at centre half-back after an emotional week in which he buried his grandfather, James O’Hare, a former Down player.

A pair of McGroddy frees, either side of a tidy Rory O’Donnell point, kept Donegal on top.

Shane O’Donnell arched over two lovely scores and McGettigan knocked over after seeing an initial effort cannon off the goal frame. 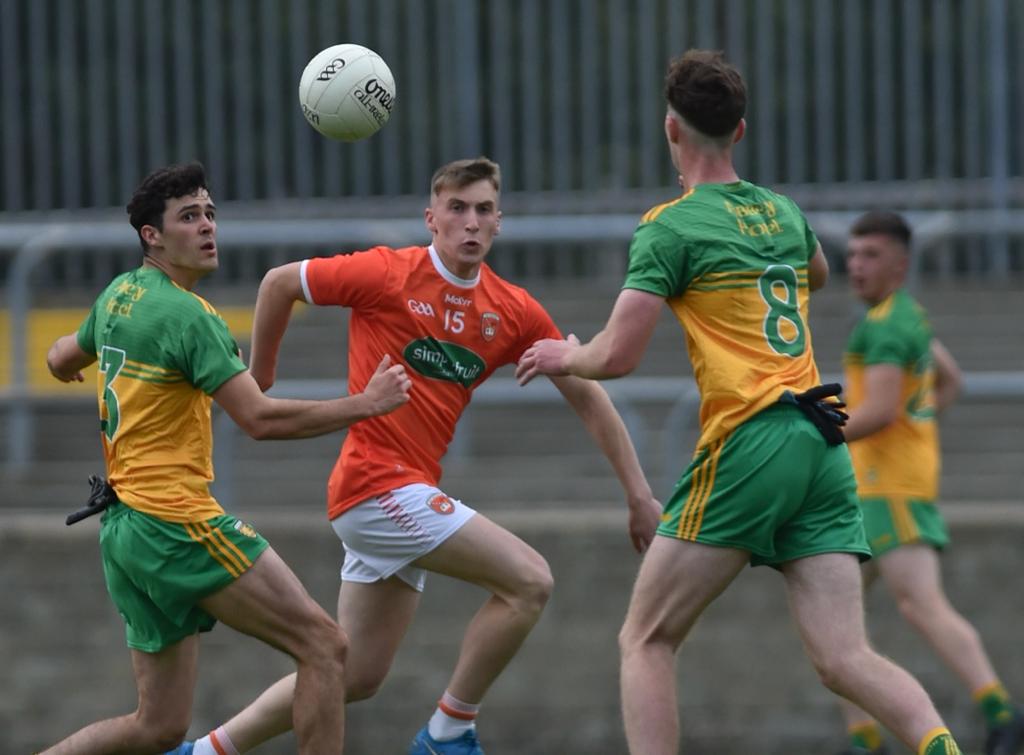 Corner-back Caolan McColgan was in on the act for Donegal, who now face Tyrone in an away quarter-final next Friday.