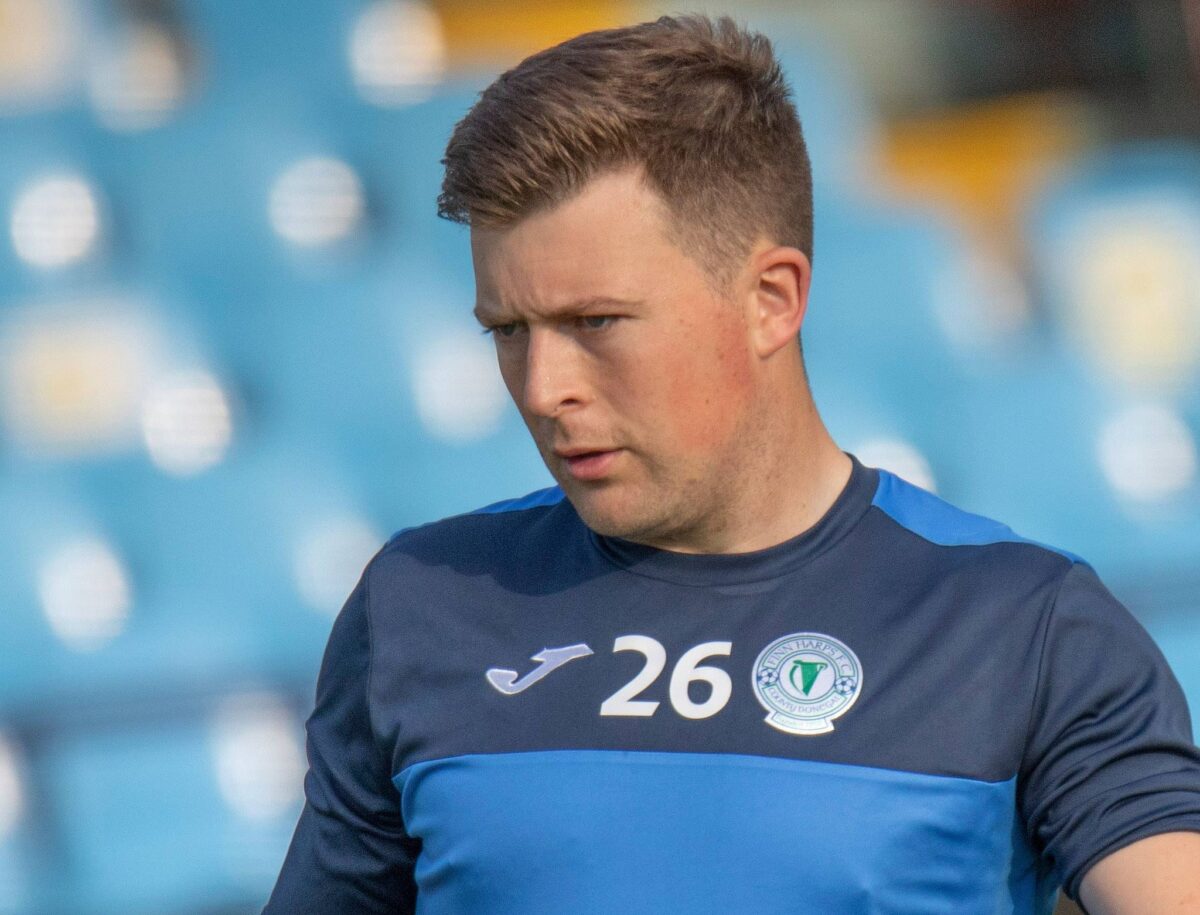 TONY McNamee came off the bench as Milford overcame St Naul’s to maintain their unbeaten start to Division 2.

McNamee, whose departure from Finn Harps was confirmed this evening, scored a point and played a part as Milford took another win.

The visitors had the worst possible start as midfielder Stuart Johnston picked up two yellow cards in quick succession inside the opening five minutes.

Ryan Coughlan had denied Milford’s Matthew McLaughlin a goal opportunity in the first minute with a brilliant last ditch tackle and shortly after that an incident occured involving players from both teams, which resulted in a yellow card for Johnston.

The aggro continued in the next few minutes with mostly pushing and shoving between players but in the fifth minute Johnston foolishly again drew the attention of referee Connie Doherty, the result was a second yellow card followed by a red and his team were down to fourteen men with only five minutes gone.

Their response was excellent as every player lifted their effort for the remainder of this game and it took two injury-time scores to beat them.

But back came St.Nauls, McGroary added a second point and Shane Conneely levelled it up again at four points apiece.

The teams shared four more points before half-time, Kane Barrett and Christopher Barrett’s fourth for Milford while Stephen Griffin added two for the visitors to leave them level 0-6 apiece at the break.

Four points were again shared in the opening ten minutes of the second-half, Darragh Black and Christopher Barrett’s fifth for Milford and frees from Gavin Mulreany and Griffin for Nauls.

The action flowed up and down the pitch with St.Naul’s 14 men giving it everything they had.

Another sub, Cathal Lowther, converted a mark from an acute angle to level it yet again in the 58th minut.