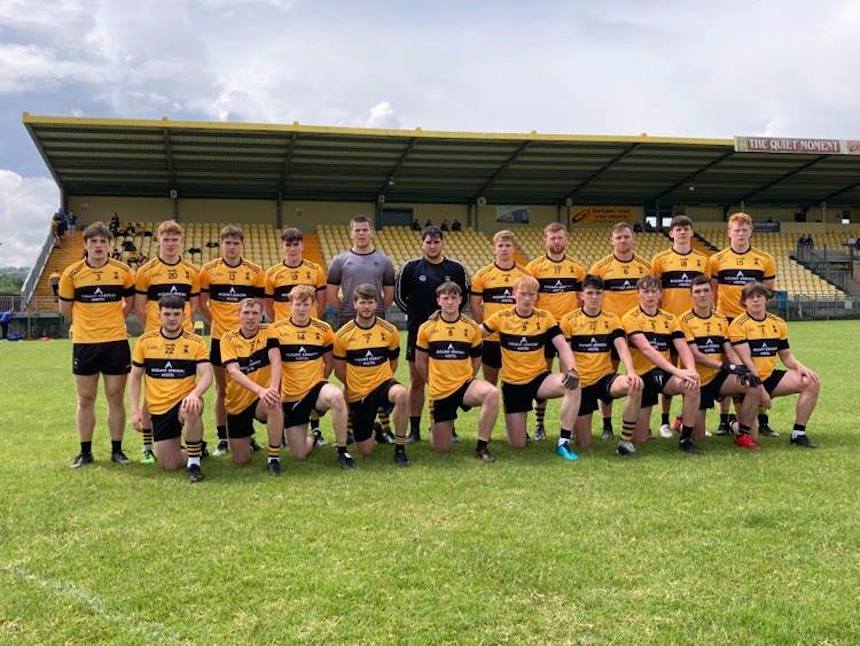 A LATE flurry of points skewed the scoreboard somewhat as St Eunan’s overcame Cloughaneely for a third successive win.

David Boyle kicked four late points, with Dylan Doogan and Peter McEniff on target to give the Cathedral Town outfit an eight-point win. St Eunan’s were deserving victors, although the wide margin seemed harsh on a game Cloughaneely, who stayed in touch mainly thanks to Blake McGarvey’s 20th minute goal.

Kavanagh, a 2012 All-Ireland winner, was installed as the new St Eunan’s manager, but the Covid delay meant that he had to wait until May to succeed Richard Thornton in the Bainisteoir bid.

With the county senior and under-20 contingent out of club action at the moment, Kavanagh has been able to blood some of the new generation. Bigger stages will come but, for now at least, he can be content with the beginning to his tenure. As they huddled at the end, those in tracksuits were numerous in a reminder of the talent he has yet to call upon.

Caolan Ward, who has been among the substitutes for Donegal of late, came into the fold for St Eunan’s in the fifth minute of the second half. Ward was among the scorers as St Eunan’s staved off Cloughaneely’s challenge.

Eoin McGeehin, who landed five points, and Darragh Mulgrew opened up a four-point lead for the black and amber.

A black card for Cian McFadden took the punch from Cloughaneely and St Eunan’s kept the board ticking during the final few minutes.

Conor Coyle broke the Cloughaneely duck in the 19th minute after McGeehin’s brace had helped St Eunan’s lead 0-4 to no score when they broke for water.

The enforced withdrawal of Darren McGeever after only six minutes, with what appeared to be a hand injury, came as a real body blow for Cloughaneely.

Already down recent cruciate victim Kevin Mulhern, Cloughaneely were also without the injured Shaun Curran while Donegal midfielder Jason McGee was kept to a watching brief ahead of next Sunday’s Ulster SFC showdown with Derry.

Cloughaneely’s cause was hardly helped by a black card for Mark Harley midway through the first half, with the visitors 0-3 to 0-1 in arrears by that stage.

Michael Lynch’s men rallied and were energised when McGarvey fired home, but a pair of Boyle frees, either end of an Eoin McGeehin free, gave St Eunan’s a foothold.