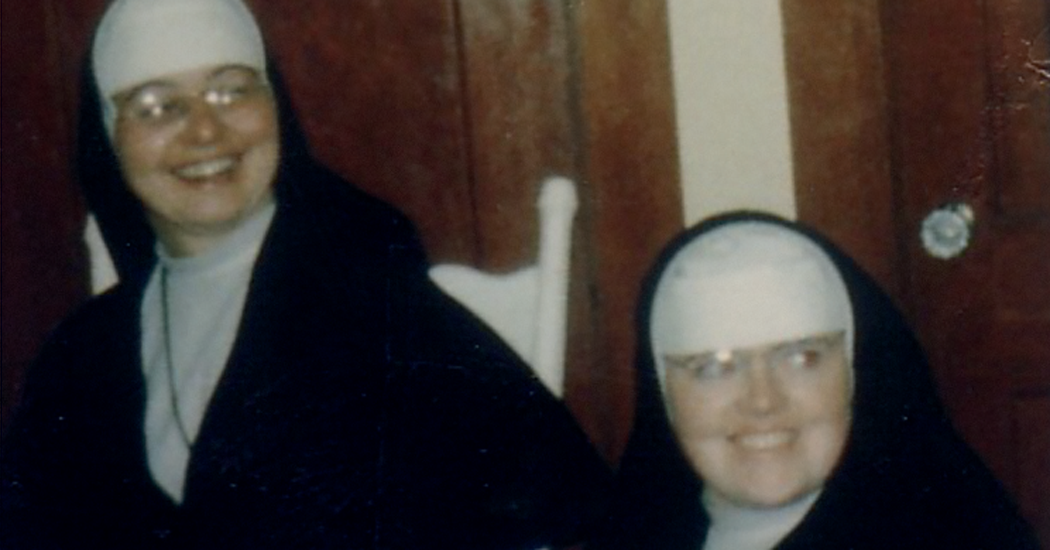 A remarkable Donegal woman’s rights campaign is celebrated in a major exhibition on Ireland’s LGBTQ+ diaspora.

The late Bridget Coll from Fanad was a former Catholic nun, a feminist, an activist and a gay woman who challenged Canadian immigration laws to open doors to same-sex couples. She passed away in 2016, but her legacy lives on.

Bridget’s story features in a new exhibition at EPIC The Irish Emigration Museum in Dublin, titled Out in the World: Ireland’s LGBTQ+ Diaspora. The interactive exhibition opened during Pride month and will continue to run until December 1st 2021.

The Donegal woman’s mission changed throughout her lifetime. Born in 1934 to a family of 12, she emigrated to England when she was sixteen to join an order, the Franciscan Missionaries of St Joseph. She was sent to work in the US, where she met Chris Morrissey, a Canadian nun in the same order. Chris was to become her life partner. 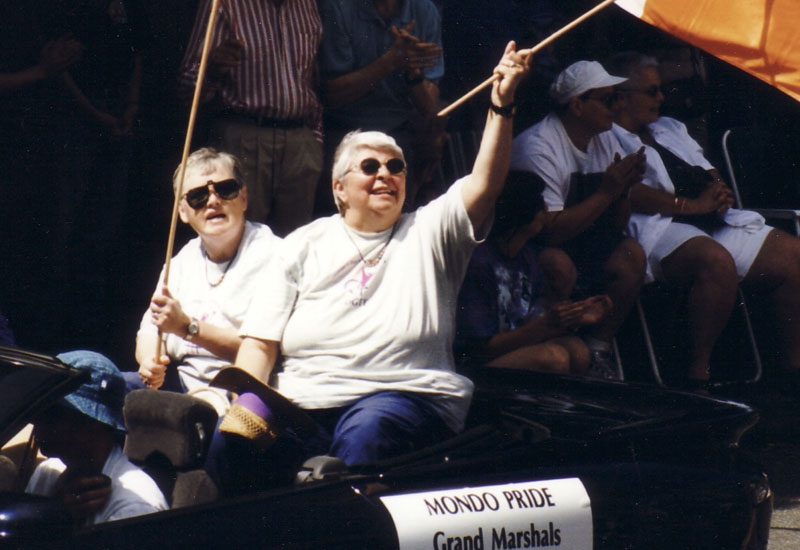 Bridget Coll and Chris Morrissey. Photo: Out in the World: Ireland’s LGBTQ+ Diaspora

In 1981, Coll and Morrissey moved to Chile to live and work together among the Chilean poor. They became active in the anti-torture movement and were involved in protests against the Chilean dictator Augusto Pinochet.

Eight years later, they decided to leave their congregation and move to Vancouver, where they could live openly as a couple.

But Canadian immigration law only recognised married heterosexual partners. Bridget launched a constitutional challenge against the discrimination and won.

Bridget and Chris’ work towards inclusion and LGBTQ+ rights is one of 12 stories in the EPIC exhibition that speak to significant parts of the Irish LGBTQ+ experience.

Dr. Maurice J. Casey, Department of Foreign Affairs Historian-in-Residence at EPIC The Irish Emigration Museum, researched, curated and developed Out In The World.

He says: “As the researcher for Out in the World, it has been inspiring to speak with all of the members of Ireland’s LGBTQ+ diaspora who shared their stories for the exhibition. Learning from the families and friends of many of those featured has also been enriching. Every research project is a collective effort because historians build on the work of others, but this research in particular has meant involving the community at every stage.”

Further information and Out in the World exhibition tickets are available at: https://outintheworld.ie/

The project is supported by the Department of Foreign Affairs.