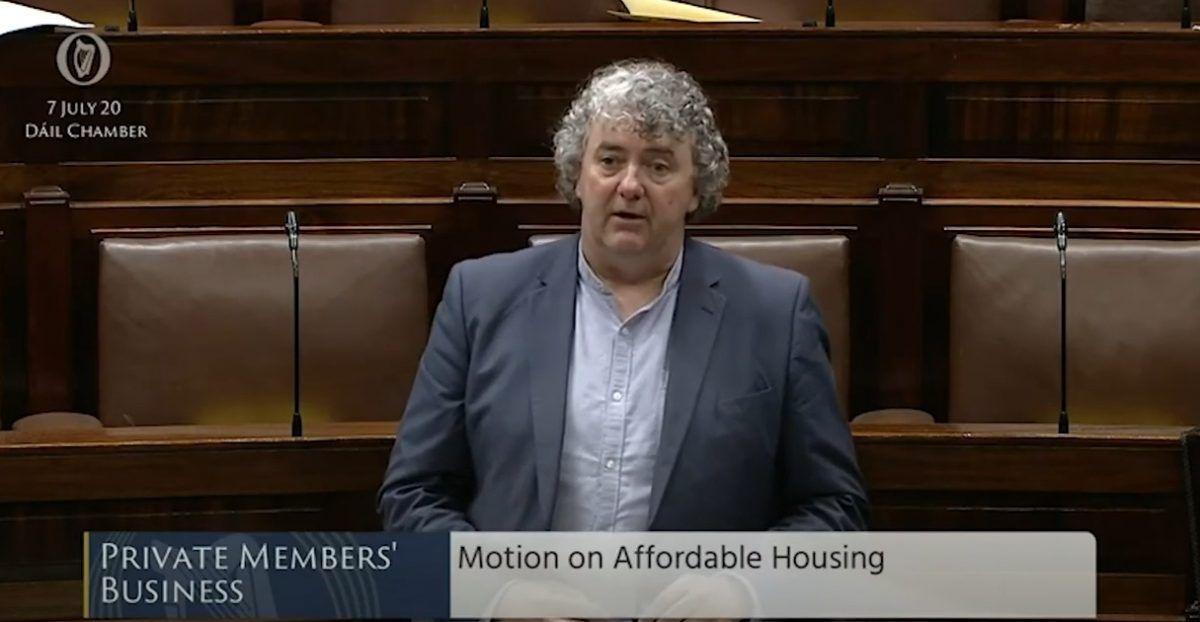 Independent TD Thomas Pringle said Fianna Fáil’s and Fine Gael’s failed housing policies have made it impossible for many people to buy their own home while rents have soared.

Addressing the Dáil on Tuesday, Deputy Pringle said: “This crisis has not happened overnight. Under successive Fianna Fáil and Fine Gael governments, rents have soared exponentially over the past decade, and with no sign of it stopping any time soon. Fianna Fáil and Fine Gael’s failed housing policies have done nothing but dehumanize this issue, treating housing as an investment and a way of making money rather than actual homes for actual people.”

Deputy Pringle spoke on Tuesday in support of Sinn Féin’s Ban on Rent Increases Bill 2021, which would prohibit rent increases for three years.

“My office in Donegal is inundated with calls from constituents across the county in a desperate search to find affordable rent,” he added.

“They are part of a Generation Rent who do not have the option to buy their own home and as a result are being forced into the rental sector. Similar to the rest of the country, rent in Donegal has skyrocketed, rising by over a third in just under seven years,” he said.

Deputy Pringle said: “This might seem low in comparison to the extortionate rents here in Dublin, but it is a significant hike, and the lack of available rentals and job opportunities in the county contribute to it.”

Deputy Pringle said many families affected by the mica crisis are now also being forced to rent accommodation until the issue is resolved.

He said: “These families have been failed time and time again by the government and they have been forced to endure hardship after hardship, crisis after crisis, and it is only right that we recognise this and do all in our power to help support them.”