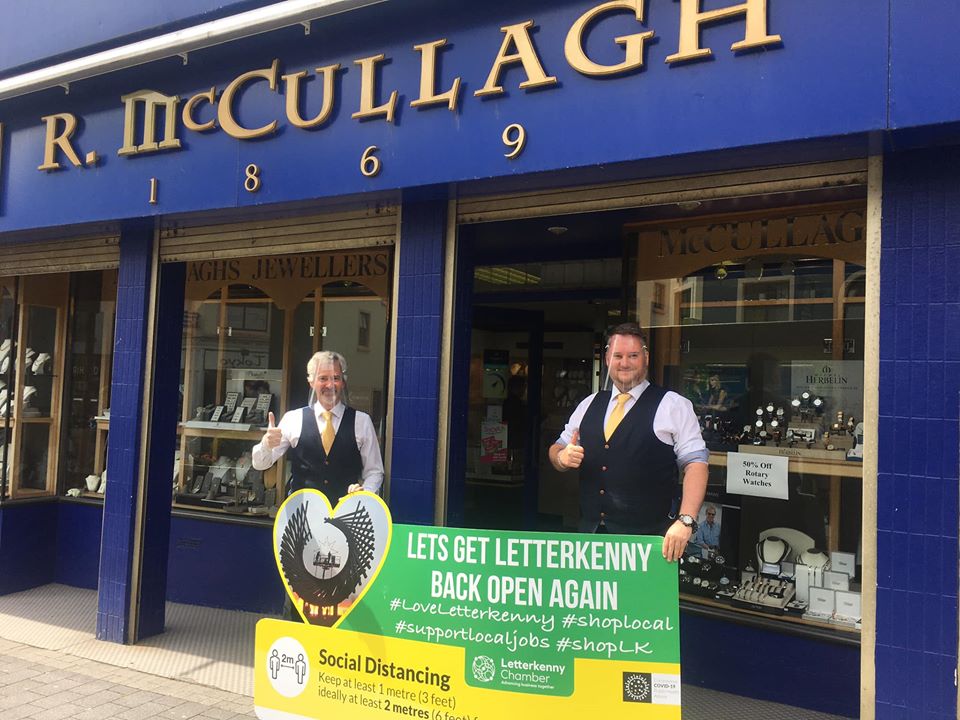 A LETTERKENNY jeweller will now be able to offer couples the chance to toast their engagement with a bottle of bubbly.

R McCullagh Jewellers was this week granted a Retailer’s Off-Licence after an application for the licence was moved at Letterkenny District Court.

The business sought permission for the sale of alcohol, relating to bottles of champagne and wine as part of celebratory packages.

Gareth Ball of R McCullagh Jewellers said he had recently taken receipt of a laser engraver.

“It’s an add-on for people who come to purchase engagement or wedding ring, they can get a memento of the occasion.”

Mr Ball told Judge Sandra Murphy that he is a fifth-generation jeweller. He said he was aware of Ireland’s licensing laws. He told the court that his premises was equipped with CCTV and he was willing to comply with the Gardaí.

Mr Ball said he intended to commence trading ‘as soon as possible’.

Sergeant Jim Collins said he was satisfied with the application and there were no Garda objections.

Judge Murphy granted a Retailer’s Off-Licence for the premises.