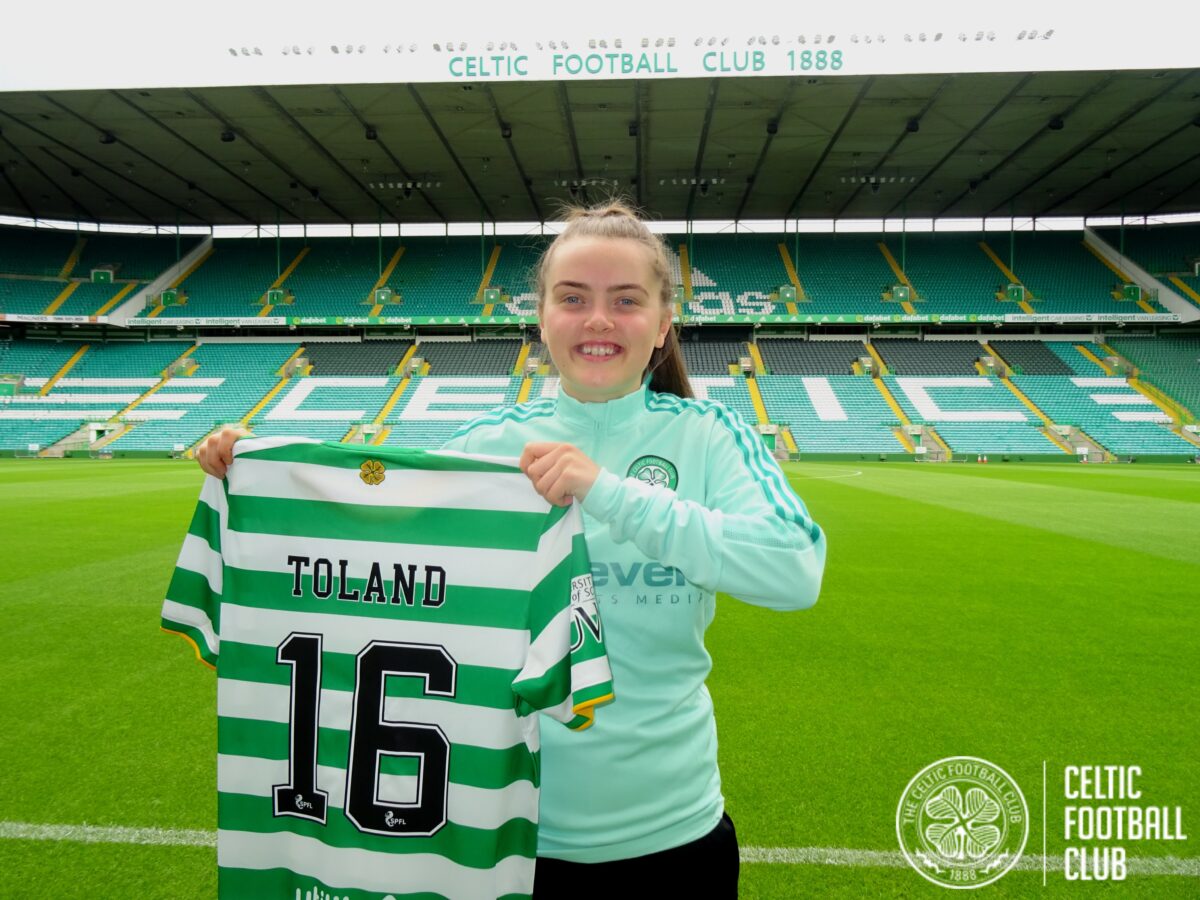 TYLER Toland says the chance to move to Celtic was too big to turn down.

The 19-year-old St Johnston woman was unveiled by the Hoops at Celtic Park this afternoon.

Toland will wear the number 16 shirt at Celtic – the same shirt number worn by Irish legend Roy Keane during his short spell at the club in the 2005/06 season.

Toland was on loan at another SWPL1 side Glasgow City last season and will stay in Scotland.

Toland has now linked up with Celtic with manager Fran Alonso snapping ip the midfielder following the expiration of her contract at Manchester City.

“When I spoke to Fran I knew it was a perfect fit for me,” Toland said.

“The way he plays his football, his training and philosophy are definitely right for me, and Celtic’s obviously a massive club and you can’t turn that opportunity down.

“I do think it’ll help me knowing what the teams in the league are like, how they play and having seen the full run of the league.

“I obviously seen Celtic last season as well and I was very impressed with them so I’m really looking forward to the season ahead.”

Celtic will play in the Champions League this season and Toland can’t wait to get started.

She said:  “Having Champions League this season will be great, and the finished second last season so they’re obviously looking to compete again for the league this season, so it’s just a really great environment.

“The way Celtic play their football really appealed to me and I’m really looking forward to it.

“I’m just going to work as hard as I can and hopefully help the girls win trophies and get as much success as we can.”