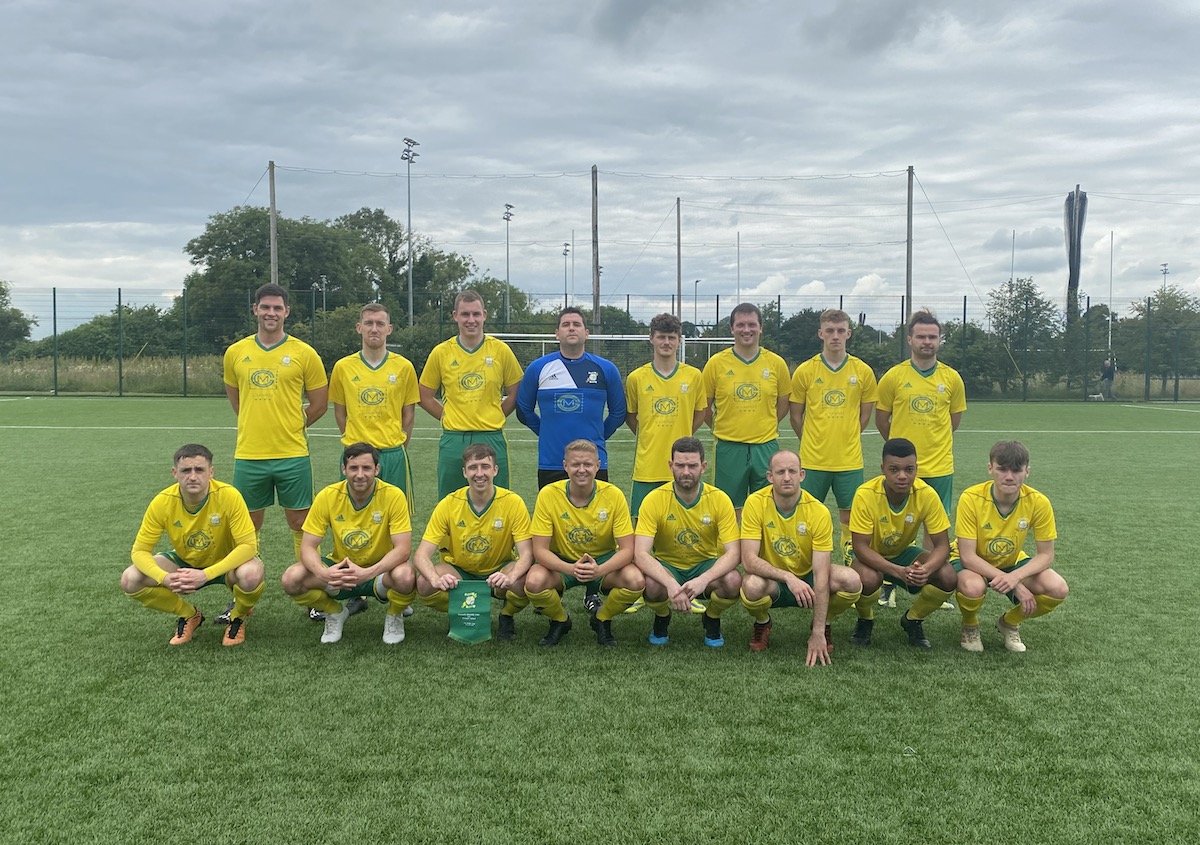 IN THE space of eleven minutes at the end of the first half, Bonagee United’s FAI Senior Cup hopes were torn.

A brace of goals by Cillian Duffy helped Maynooth University Town through from this qualifying round tie.

Bonagee’s cause wasn’t helped when new signing Jack Parke was sent off just before half-time.

A third Maynooth goal, by substitute Jack O’Connor in the 73rd minute, killed Bonagee’s hopes, although the Donegal side got a consolation goal from Packie Mailey, who was also sent off on a second booking late in the game.

Bonagee – who included former Finn Harps midfielder Gareth Harkin in their ranks – were in their first competitive outing since a dramatic League Cup final win over Letterkenny Rovers last September, Jason Gibson’s team ending a 312-day wait for a game.

Maynooth, whose new Leinster Senior League season began in recent weeks, began the brighter and Cathal Foley curled over the top after 11 minutes.

The2 game only came to life when Maynooth broke the deadlock in the 31st minute. Bonagee were turned over from their own corner and Maynooth broke with intend. John Roulstone got a hand to Duffy’s effort after the winger cut in from the right-hand edge of the penalty area, but the Bonagee ‘keeper was unable to prevent the opener.

Just seven minutes later, Duffy was at it again; this time riffling beyond Roulstone from 20 yards.

In between times, Deano Larkin was unable to hit the target with a header at the other end.

With half-time looming, Bonagee were down to ten men, Parke’s challenge on Patrick O’Sullivan deemed excessive and the midfielder was given a straight red card.

Duffy fired over from a 25-yard free just after the break and Roulstone made a strong save to deny O’Sullivan.

Seventeen minutes from the end, Bonagee were carved open and O’Connor converted from Josh Hogan’s centre.

Bonagee got one back when Mailey headed Michael Funston’s cross past Sane Fagan, but the visitors’ woe was heightened when Mailey was given a second yellow.