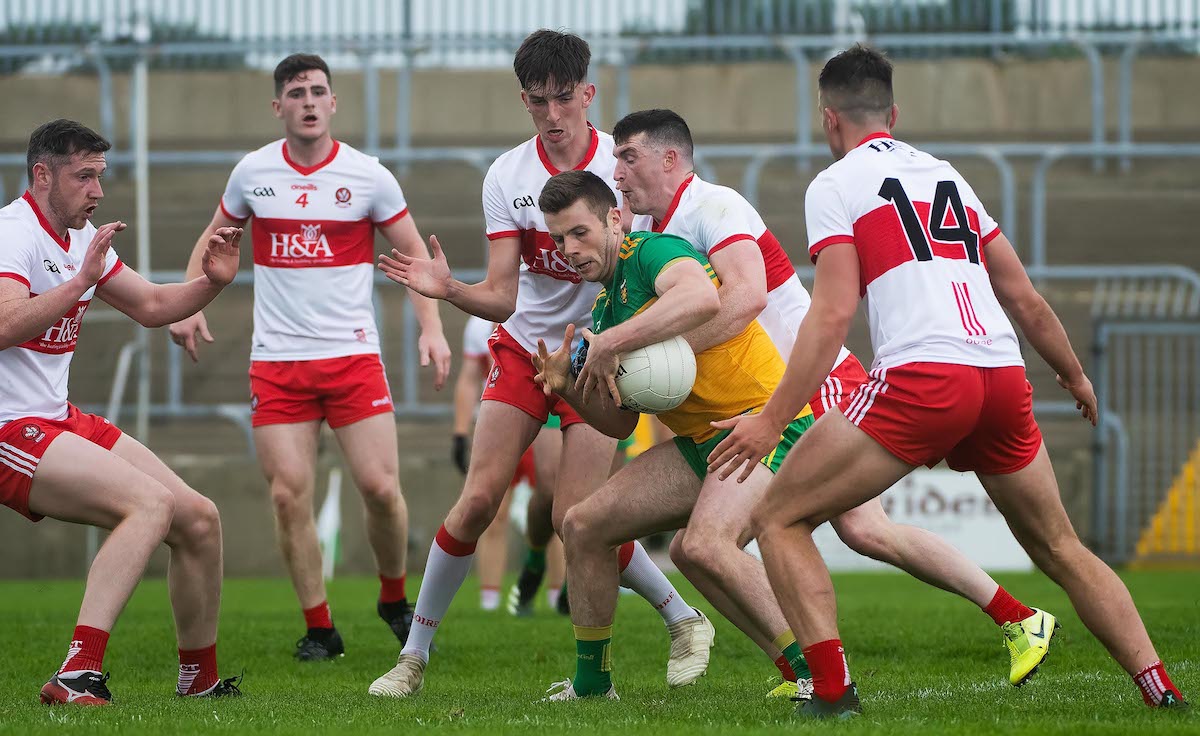 THEY could hardly have left it later, but Donegal inched their way past determined Derry in a thrilling Ulster SFC tie.

Derry led for much of normal time, but Rory Gallagher’s side were pipped at the post by Donegal, who came from four points down to salvage day.

Michael Murphy, left off the starting XV due to a hamstring injury, was brought on with Donegal looking in a spot of real bother. His presence lifted Donegal and they managed to squeeze through thanks to McBrearty’s last-gasp point.

Watch the full time highlights below …