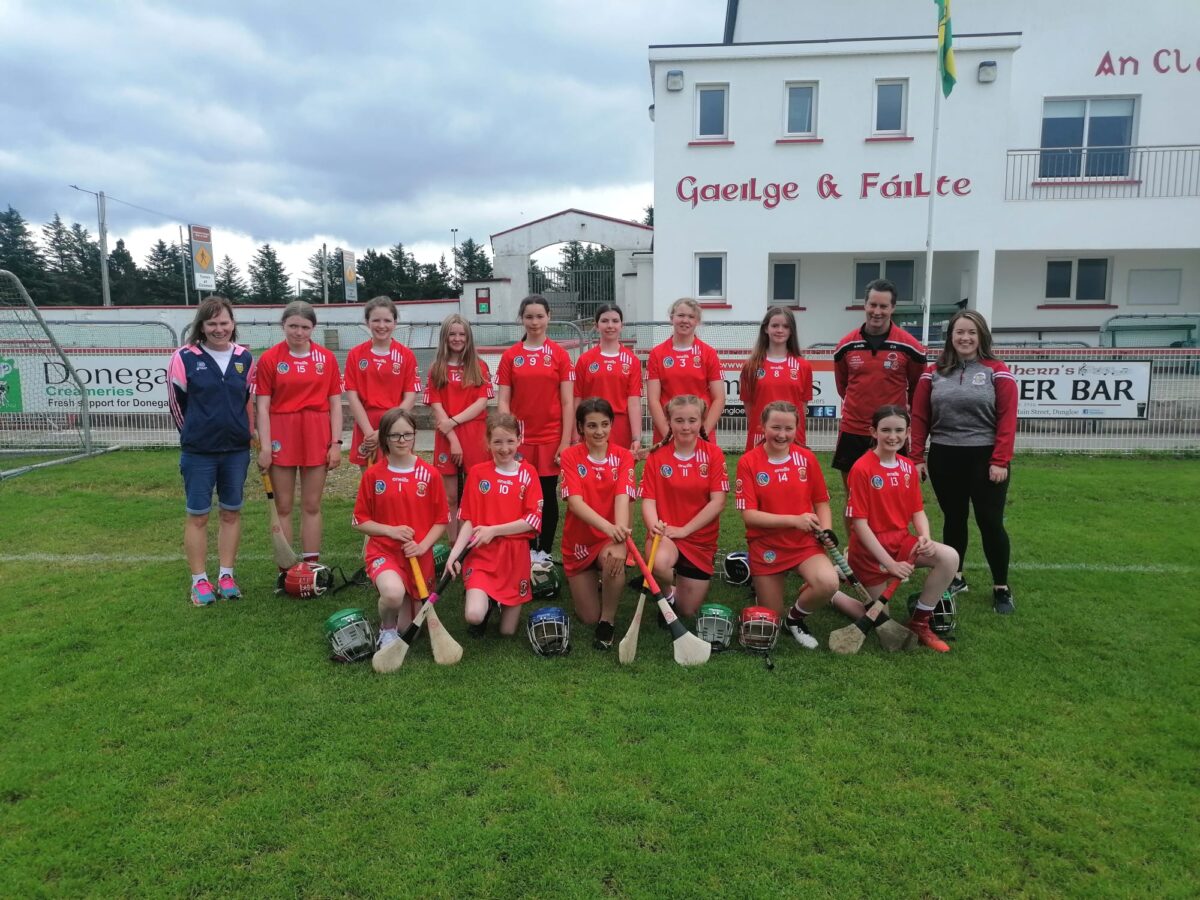 HISTORY was made at Rosses Park on Sunday when the first underage camogie game involving the Dungloe club was played.

The Dungloe under-14s held on to defeat Markievicz by a narrow margin on a memorable day for the host club.

Dungloe are in their infancy and this was their first outing.

Dungloe were five in front at half-time after a nip-and-tuck opening.

Markievicz pressed hard in the second half and piled pressure on Dungloe, who were resolute and tenacious in defending.

Markievicz narrowed the margin to two points, but Dungloe held on.