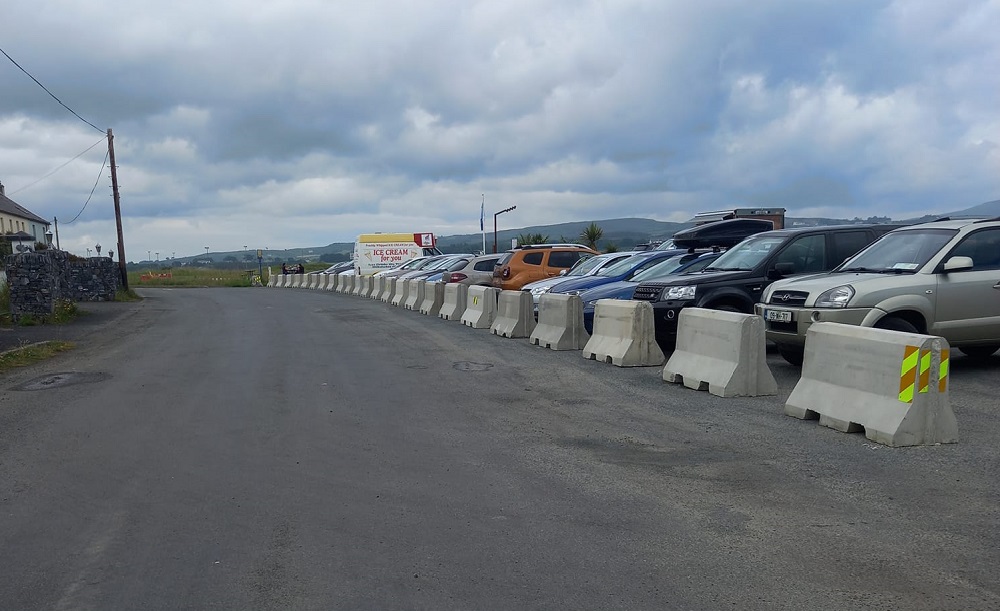 Some locals felt the ‘dragon’s teeth’ placed along the front of the car-park by the council were unsightly. The bollards were aimed at preventing campervans and motorhomes from parking at the car-park.

“No consultation whatsoever took place with councillors or the local community about these ‘dragon’s teeth’ bollards,” Cllr McGuinness said.

“However, there was a quick response from the council. Thankfully they were removed, but it is important that local communities are consulted about such a drastic change.”