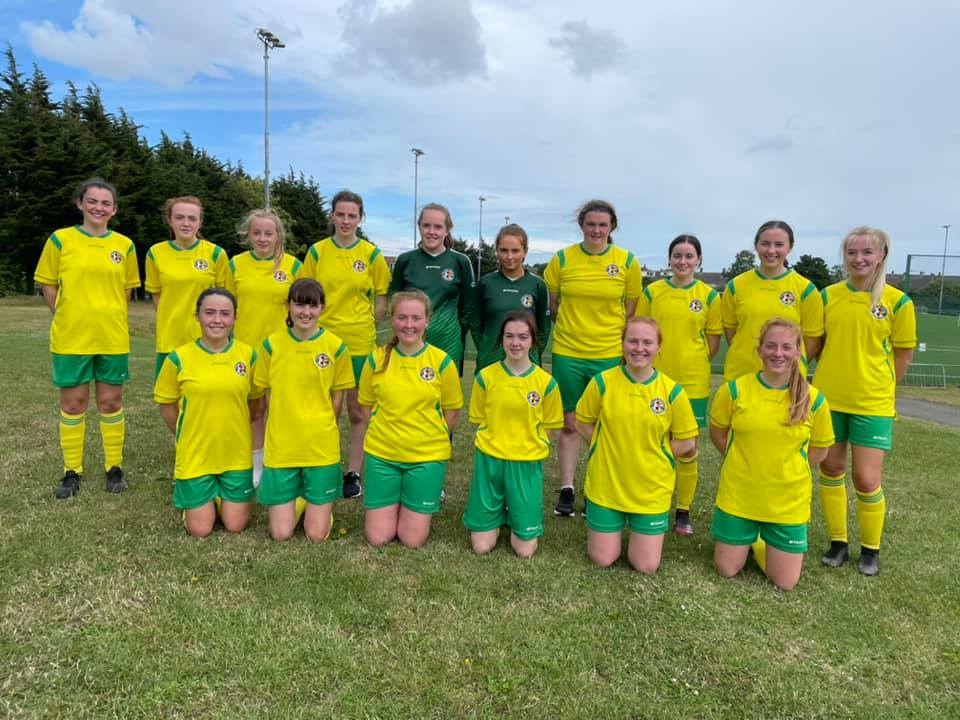 Donegal U19s took a well earned point against Shelbourne at the weekend.

In the third minute Aoife Gallanagh’s attempt sailed over. before Aislinn Coll intercepted the ball in the middle and sent Ciara McGarvey clear, with her shot saved.

Catherine Grier was called upon in the 26th minute to make a vital block in the box.

With Shelbourne starting to dominate Orla Corry pulled off a great save.

Donegal rallied the pressure and soon got to grips with the flow of game, with a excellent placed pass by Aisling Irwin sent Aoife Gallangh through but another great save by the Shelbourne keeper denied Donegal.

The visitors took the lead just before half-time. Katelyn McDaid’s 44th minute cross was met by the header if Caoimhne Heron to sail in past the Shelbourne keeper.

Shortly after the restart McGarvey sent Gallanagh clear to slot the ball into the net.

Catherine Grier had to be removed from pitch due to a injury, and within a minute Shelbourne worked the ball from the right across the goal mount to unmarked player at back post to score.

Donegal wee under pressure, but Corry pulled off a great top corner save.

Shelbourne drew level with a good run down right to cross into the box for the shells striker to finish from close range.

Eimear Sweeney made a great block with McGarvey launching onto the loose ball. McGarvey played wide to Holly Canning and her cross found Heron, who hit the post

With mins remaining, Aoife Gallanagh had the last effort of the evening but another great save by the Shelbourne keeper ensured a share of the spoils.