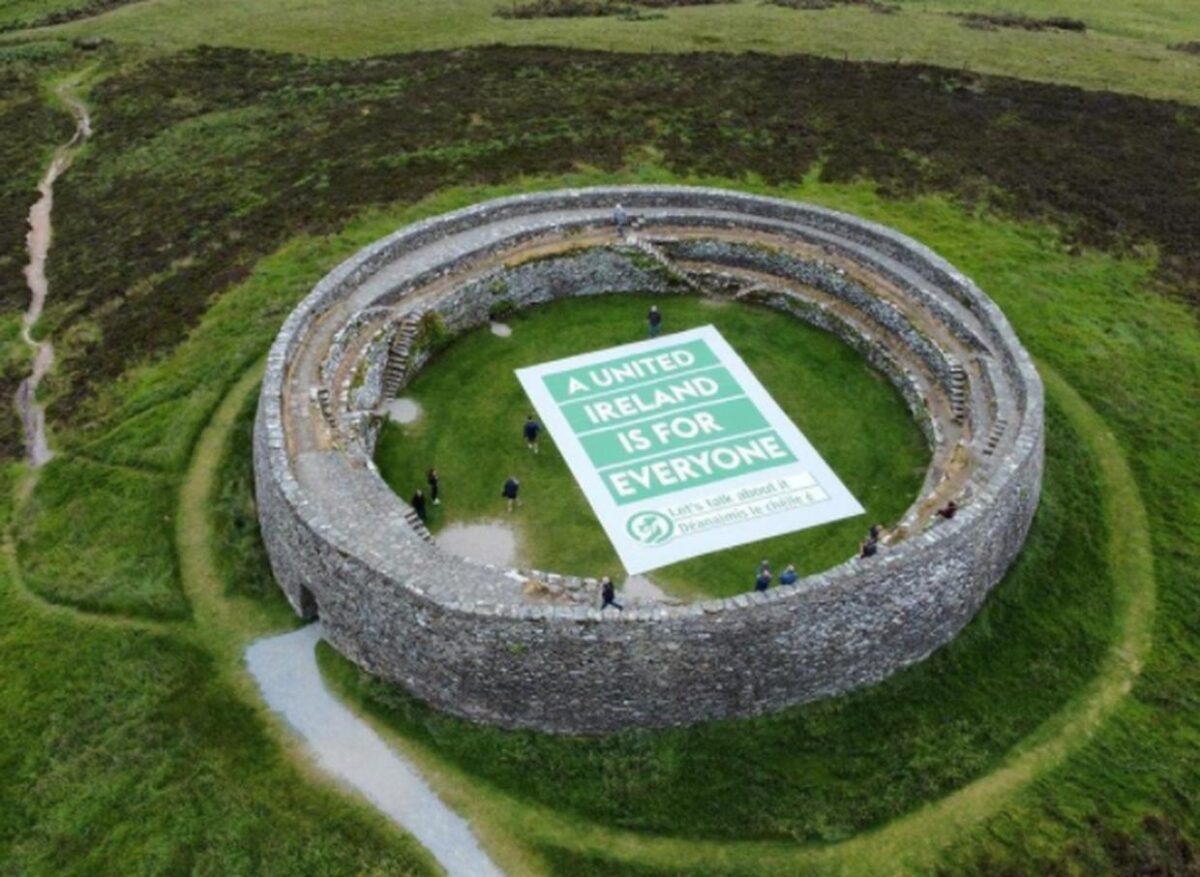 Sinn Féin activists “ignored” staff at a famous national monument in Donegal who told them they could not use it for a publicity stunt.

The Irish Independent is reporting this morning that members of the party unfurled a massive banner with a political slogan inside the iconic Grianán of Aileach in Burt.

The incident, which occurred last month, is now under investigation by the Office of Public Works (OPW), the State agency in charge of the country’s heritage sites.

The episode happened when two Northern-registered cars pulled up at the ancient fort. The occupants went inside with a large banner.

When confronted by OPW staff on duty, the party activists ignored the warnings about the strict ban on the use of heritage sites for such purposes and continued with the stunt.

Sinn Féin then used the drone footage from the site to promote its policies.

The OPW confirmed a staff member was on duty but was “ignored” by the Sinn Féin members.

The Government-agency is now carrying out an internal investigation into the incident at the end of June.

Investigation into Sinn Féin use of Grianán of Aileach for PR stunt was last modified: July 15th, 2021 by Staff Writer
Facebook0Tweet0LinkedIn0Print0
Tags:
BURTdonegalgrianan of aileachOPWSinn Fein