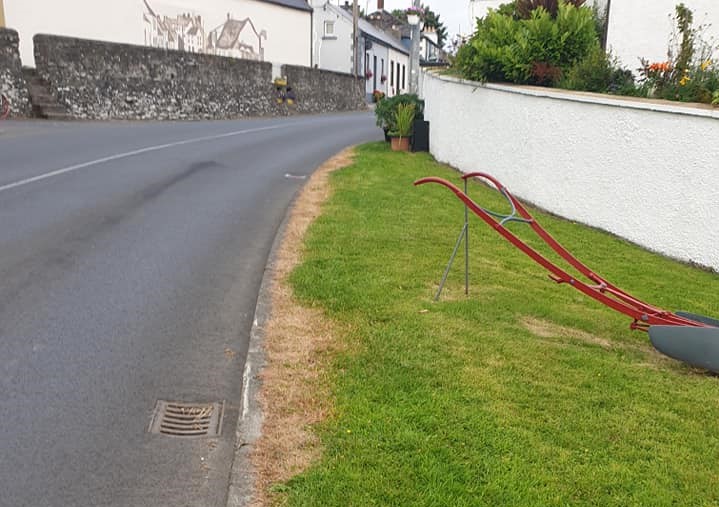 A local Tidy Towns group has expressed anger at the unauthorised spraying of grass with toxic weed killer around their village.

Large parts of the normally lush green pretty village of Carrigans has been turned yellow as a result. 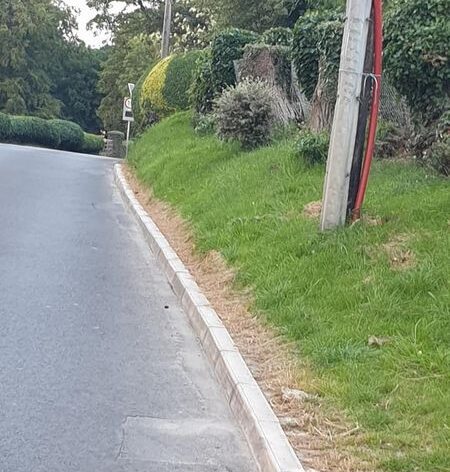 The normally green grass has been turned yellow.

“This is not vandalism, but seemingly such burning is carried out in order that environment friendly weed killer is used, but unfortunately the village was not consulted. They came unannounced, did a wholly amateur job and left a horrible mess of burned edgings  about our village. If anyone knows who organises this activity or who the people are, we would be interested to know,  only to make sure that in the future they stick to weed killing and not grass killing.”

The committee has formally entered the All Ireland Tidy Towns Competition. However, it is hoped the grass will have recovered in time for the visit of the judges.

Assessment is carried out by an independent panel of adjudicators and takes place during the months of June, July and August each year, on a date which is not specified.