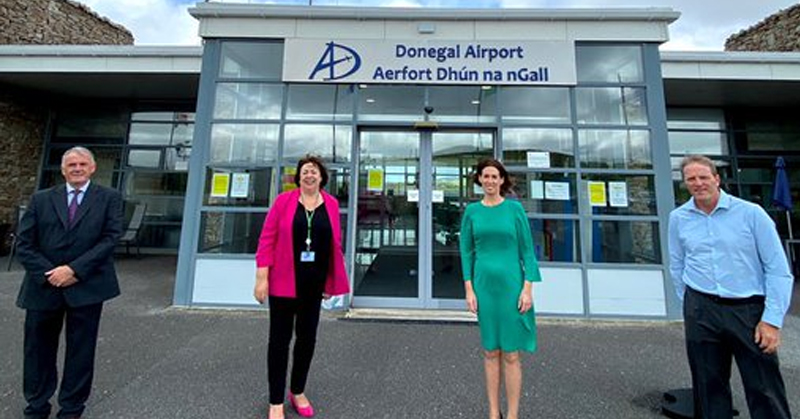 Donegal Airport is to receive government funding of €142,342 to cover losses due to the pandemic in 2020.

The funding is one of two phases being provided to regional airports.

Minister of State at the Department of Transport, Hildegarde Naughton T.D., today announced the provision of over €23 million in direct Exchequer supports to the airports of Dublin, Cork, Shannon, Ireland West (Knock), Kerry and Donegal.

The funding has been warmly welcomed by Glenties Cllr Noreen McGarvey, who said: “This is much needed money for any business in rural Donegal however in order to maintain the high standard of  service at Donegal Airport, it will no doubt be warmly received by Management, Staff and the local community.

“The airport will also be eligible for apply for the Capital & Operation funding for Regional Airport programme for 2021-2025 which will allow for any proposed works.”

The announcement follows postive news yesterday that scheduled flights to Dublin are to resume from Donegal Airport on the 26th July after the Government awarded a Public Service Obligation contract for the operation of the route to Swedish airline Amapola Flyg AB.