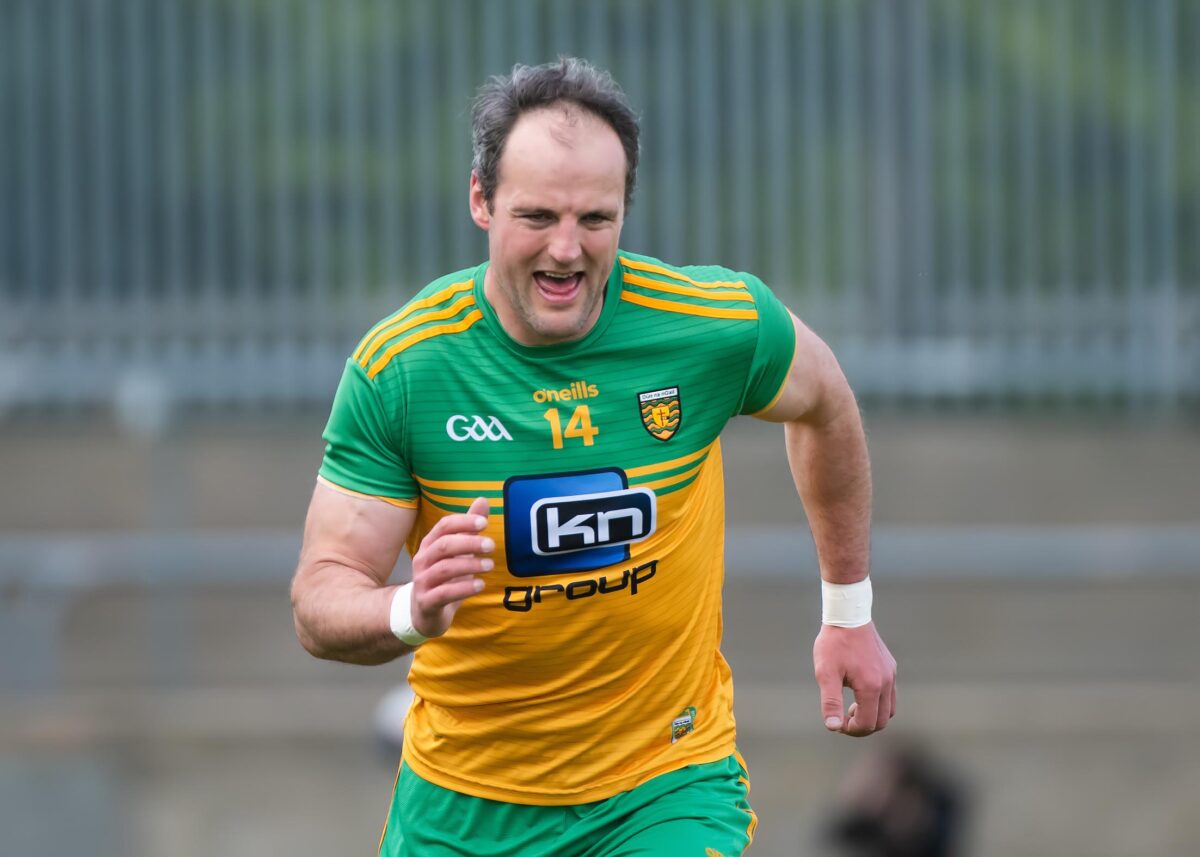 DONEGAL captain Michael Murphy has been named to start in Sunday’s Ulster SFC semi-final against Tyrone.

Murphy was unable to start last weekend’s quarter-final win over Derry, but the Glenswilly man came off the bench to lead a comeback as Donegal won 0-16 to 0-15.

Murphy’s left hamstring has been a big talking point in recent weeks, since he was withdrawn from an Allianz League game against Monaghan in May.

Murphy had to come off after 29 minutes of the Ulster SFC preliminary round win over Down in Newry and is not operating at full pelt.

“Listen, he was passed fit for the Down game and he came out after 30 minutes, so we got another 30 minutes into him today and that was important for us to be quite honest,” Declan Bonner, the Donegal manager, said last Sunday.

The Donegal team that has been named is the same fifteen as was published for the Derry game and includes Peadar Mogan, who was absent from the squad last weekend due to an injury.

Murphy was also named in the XV last weekend, but his place was taken by Ethan O’Donnell before throw-in.

There is one change among the named substitutes with Andrew McClean named at number 24 in place of Paddy McGrath. 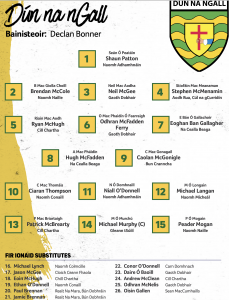 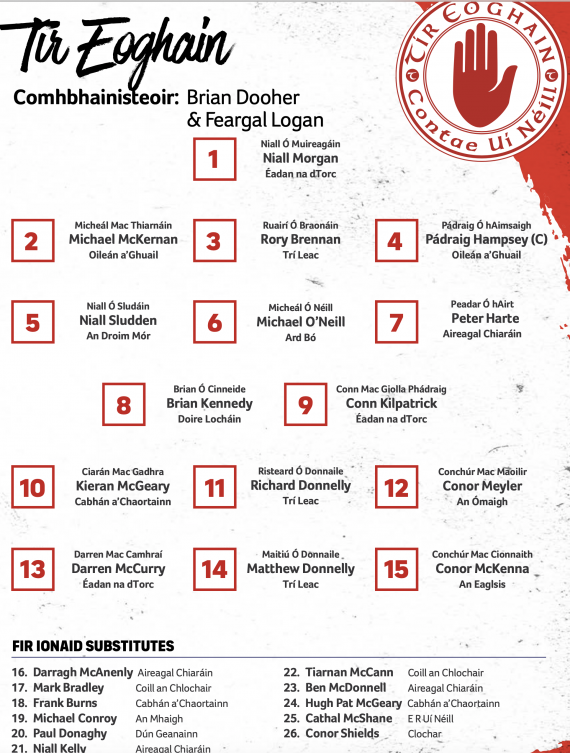