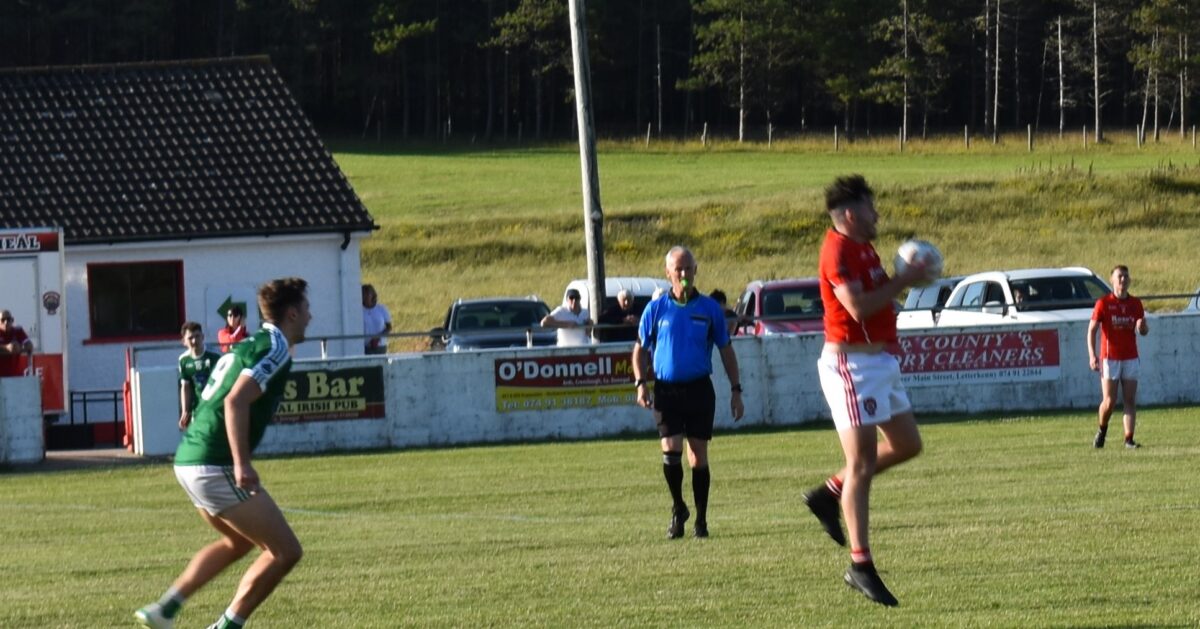 St Michael’s recorded a good victory over north west rivals Gaoth Dobhair at The Bridge in good conditions, with a good defensive display in the second half proving to be the bedrock of the win.

Playing with whatever breeze there was it was the visitors who got off to the brighter start with points from Cian Mulligan and  Fionnan Coyle putting them two points up before Andrew Kelly split the posts at the other end to open the home side’s account.

From then on it was nip and tuck with points from Sean Doherty, Eamon Collum with two extending Gaoth Dobhair’s lead before points from Edward O’Reiily and Colin McFadden and a well taken goal by Andrew Kelly levelled the scores at 1-3 to 0-6.

However, Gaoth Dobhair stepped up their game and a well taken goal by James O Baoill and a point from Niall Friel meant that Gaoth Dobhair led at the break on a scoreline of St. Michael’s 1-4 Gaoth Dobhair 1-8.

At the other end points from Andrew Kelly with three and Edward O’Reilly with two and a well taken point from the back by Jamie Hunter cancelling out points by two points by Eamon Collum. Andrew Kelly put St Michael’s ahead a lead that they would not relinquish.