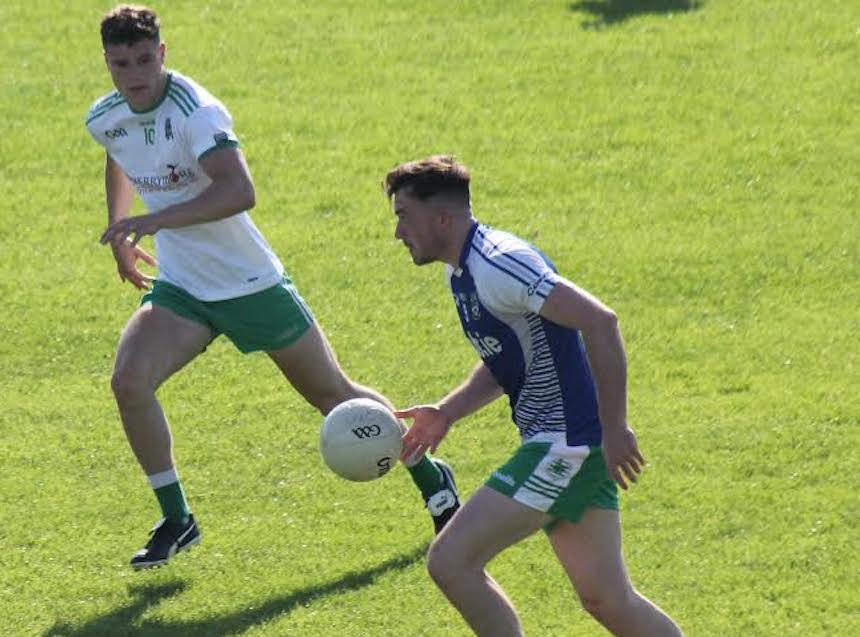 JAMIE Keegan led from the front as he helped Seán MacCumhaills to a much-needed win in Division 2 on Saturday evening.

Aodh Ruadh, who sit at the top of Division 2 with five wins out of five going into this fixture, but a resilient and hard-working MacCumhaills side had enough in the tank to get across the finish line.

Keegan scored 0-5 and he opened the scoring.

It took 10 minutres for the visitors to get their first score on the board with a free from the boot of Nathan Boyle who top scored for his side on the day with five points.

MacCumhaills led 0-4 to 0-1 at the water break via points from corner back Cian Mulligan, an excellent long-range score by Keegan and Aaron Kelly.

Aodh Ruadh emerged from the water break with real intent and fired over points from a Nathan Boyle ’45 and Shane McGrath.

A Darren O’Leary fisted point put two between the sides again, but points from Diarmaid McInearny and Michael McKenna had the sides level at the interval.

Keegan opened the second-half scoring and  Chad McSorley was on hand to point over after Keegan’s attempt was blocked down.

Warning bells went off for MacCumhaills when Shane McGrath’s effort came back off the upright and an alert Eoin Gallen and home side defence stepped up to clean up the follow-up attempts.

Eamonn McGrath pointed for the visitors, but MacCumhaills produced another period of excellent play and hit the next four, two apiece from Stephen Mulligan (2) and Keegan (2).

McSorley hit the final score for the home side after an excellent run and pass from Gary Wilson.

Aodh Ruadh hit back with a late surge but in a nervy ending, MacCumhaills held on.