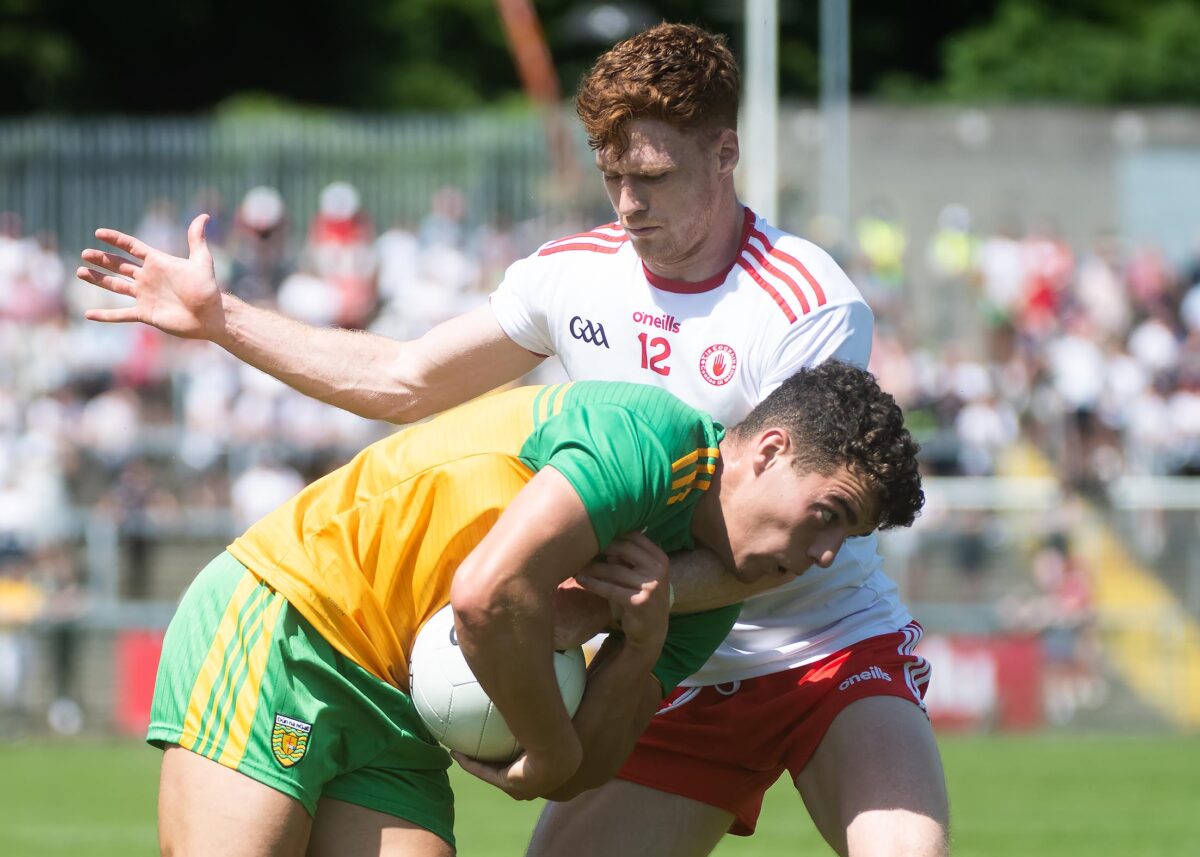 FEARGAL Logan momentarily felt as if he had been transported back in time.

Logan and Brian Dooher, who succeeded the legendary Mickey Harte as joint managers, have returned Tyrone to an Ulster final.

For Donegal, there is no backdoor route in this Covid-compacted Championship.

It was win or bust at a boiling Brewster Park.

“There were others who are equally good footballers and didn’t get time so, we are just happy to have got a win under our belts and heading to an Ulster final.”

With Donegal 0-7 to 0-5 in front, the tide turned decisively late in the first half.

First, Michael Murphy clipped the post with a penalty and, five minutes later, the Donegal captain was sent off.

“Michael has been an outstanding servant of Donegal football, the best manager of a football game on the field I have seen,” Logan said.

“There is so much chaotic stuff that happens. Murphy is a man mountain of a footballer in every respect and to lose him was a massive blow to Donegal but we shipped a couple of black cards today that left us down to 14 men at times and the penalty shaved the outside of the post so, listen, I could be sitting here on the total flip side of the coin.

“I do know there is a group of players with ambition and they have suffered hurt at the hands of Donegal in the past and I knew somewhere deep down that could be dug out and we got a bit of that out of them today.”