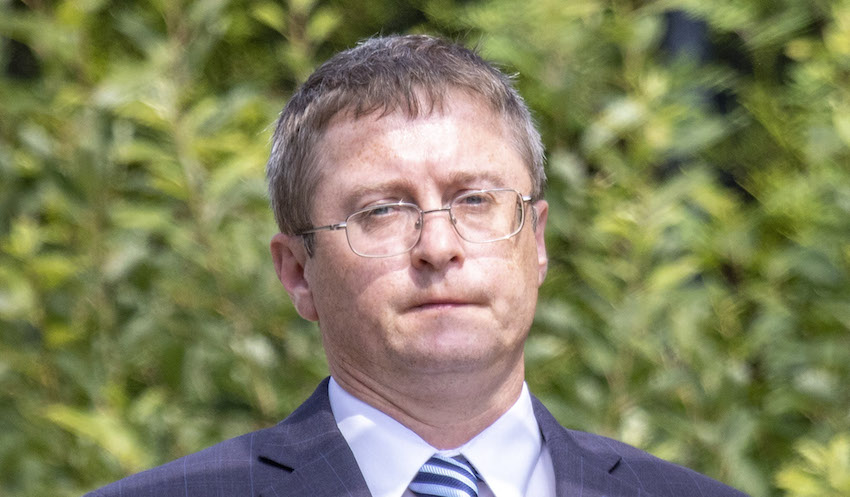 A man living in Convoy has been found guilty of murdering his wife following a 12 week trial.

Stephen McKinney, aged 44, denied murdering Lu Na on 13 April 2017, during a trip on a hired cruiser.

Ahead of sending the jury out to commence deliberations, Madam Justice McBride advised an alternative verdict of manslaughter would be acceptable.

However the jury took just over an hour to return a unanimous guilty verdict of murder.

McKinney remained more or less as impassive as he had throughout the trial, only swaying slightly, when the verdict was delivered, then drinking from a bottle of water.

The judge told him: “You have been convicted of murder. The only sentence I can impose is one of life imprisonment.”

A date is to be fixed for the minimum term McKinney will spend in custody.

The boating trip on Lough Erne just over four years ago was supposed to be a celebration of the couples forthcoming wedding anniversary and a treat for their children.

Instead, it became a murder scene.

Contrary to what McKinney portrayed, the marriage was in trouble and Lu Na had taken steps to consult a solicitor about a divorce. 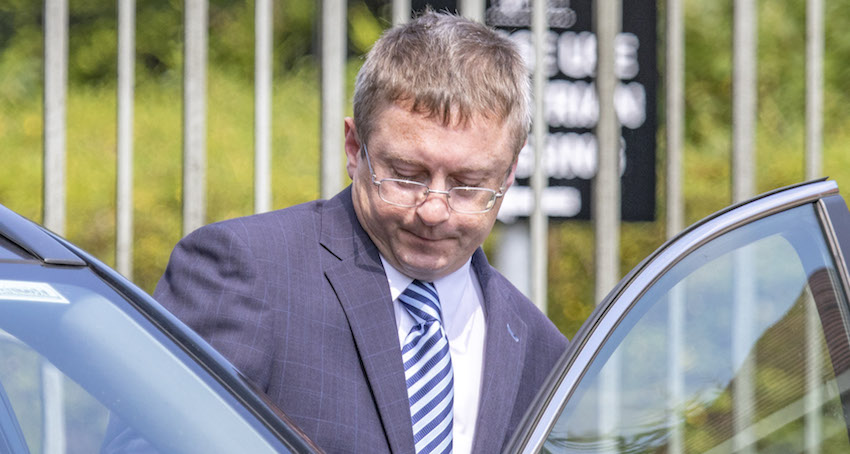 Lu Na, who came to Ireland as student from Northern China in 2000, met McKinney shortly after and they married in May 2003. They had two children together and travelled to China for a time, returning in the summer of 2011 when they purchased a house in Donegal.

In 2014 they went back to China after McKinney said he got a job in Beijing, but soon after arrival, Lu Na discovered this was a lie.

He admitted applying for a job on the internet using the fake name Peter Smith.

Tensions arose and McKinney moved out of their apartment for a time, during which he would text his wife in the middle of the night claiming to have met a beautiful girl.

He made derogatory remarks about Lu Na around their sex life: “calling her a vegetable and trying absolutely everything” to hurt her.

While accepting the marriage wasn’t perfect and they sometimes argued, Lu Na felt this time was different. He blamed her for starting all the arguments and claimed he was only doing certain things because she made him.

McKinney wanted Lu Na to watch him having sex with someone, which at first she thought was just a suggestion to upset her, but soon found out he was serious after sending her a video of this

The solicitor to whom she spoke, told the trial she made at note at the time which read: “The marriage is over for Lu Na and she is very unhappy.”

On the back of this evidence, the prosecution contended McKinney had grown tired of his wife, but could not accept she may divorce him.

Described as controlling, manipulative and coercive the prosecution argued he was: “Determined to end the marriage on his terms, with the finality death offers”.

On the fateful night, McKinney claimed the family moored at Devenish Island and played board games with their children.

After they had all gone to bed, he said Lu Na woke him believing the boat had moved. She went out deck to check the mooring ropes without him.

He accepted she had taken sleeping medication which they had bought online as opposed to being prescribed. The level in Lu Na’s bloodstream was “slightly above therapeutic range” and could have caused impaired reactions.

McKinney claims Lu Na fell into the water and insisted he jumped in after her, initially managing to catch hold of her, but she slipped from his grasp and went underwater.

The death was originally treated as a tragic accident until suspicions were raised and a murder inquiry was launched.

Around seven months after the incident, McKinney was arrested after leaving the family home in a supermarket on the outskirts of Derry;
Told why he was arrested, he shook uncontrollably and asked: “For murder? Who?”

Throughout multiple police interviews, he maintained his innocence but claimed to have very little recall of the incident.

Struggling to comprehend why he had been arrested, McKinney said he and Lu Na were: “Soulmates, best friends. We were more than husband and wife. She was my everything.”

He insisted having no recollection of jumping into the water, telling interviewing officers: “The whole thing is a haze. I’ve lost my best friend. My wife, the mother of my children. I’ve lost everything. I’ve cried for months and months, every single day. Every time I think of that night, I see Lu Na falling into blackness. I see it of every minute of every day.”

Pressed further however, McKinney remembered the RNLI or police arriving in a boat and: “They had Lu Na on the pier. I believe I heard them say she was okay. I remember the feeling of happiness in me …They took Lu Na away. I figured we were going to hospital to get her. I kept continually asking, but I was confident she was okay. I had a scary, but happy feeling. Scary by everything that happened, but happy because we were going to see Lu Na.”
On arrival at South West Acute Hospital: “The message was Lu Na was dead. I didn’t believe it because I heard she was okay. I’ll never accept it. Every night I go to bed I look for her beside me. I can’t accept she’s not here. I never will.”

He also told police after Lu Na’s cremation he was not permitted to go to the burial of her ashes as: “It would be bad for me. That’s what her family told me. They made the decision to bury her. I wanted her ashes scattered over the Cliffs of Moher in County Clare. Lu Na loved it there. She never wanted a headstone or a grave and I told the family that. They went against my wishes. I wasn’t happy. I wasn’t allowed to leave the house on the day of the burial. I was locked in my home. I went along with it out of respect for her family.”

The prosecution told the court McKinney’s portrait of a happy marriage was far from accurate and he: “Caused her to be in the water … He killed his wife … this was no tragic boating accident’.

While McKinney chose not to give evidence in court, as was his right, the police interviews were disclosed during which he maintained doing everything to save Lu Na after she disappeared: ‘Into blackness”.

He blamed himself for her death, believing he should have done more and this was something he had to live with.

Detective directly asked: What happened at Devenish Island on the morning of 13 April? What went wrong between you and Lu Na?”

McKinney responded: “There was nothing wrong between Lu Na and I.”
“We know that’s lies,” said the detective. “It’s not an assumption, it’s the evidence that’s been produced to you. If you can’t admit to me that your marriage was in distress, how can I take your word for what happened at Devenish Island? You are not an honest person.”

“I have told the truth. I’ve told you all I can remember,” was McKinney’s reply.

When asked if he accepted being dishonest, McKinney didn’t respond

He denied doing anything to harm Lu Na adding: “I did not plan anything … I did not murder my wife and I’ve no idea what you are saying”.

At the conclusion of one interview, McKinney commented: “I note from your question you think I put Lu Na in the water. You think I killed my wife. I did not kill my wife.”

While acknowledging the case was circumstantial, prosecution counsel contended the evidence before the jury would lead them to find McKinney guilty of murder.

It was stressed while the only person who really knew what happened was McKinney himself, the strength of evidence would draw the only conclusion that he committed the crime.

But defence counsel pointed to the very obvious distress McKinney exhibited at the scene, and reminded the jury witnesses described him as: “shocked and cold”

He was observed to be emotional and distressed by police and RNLI personnel both at the scene and later at hospital.

In respect of the couple’s marriage the defence acknowledged the communication evidence discussing sexual aspects and McKinney’s affair: “Doesn’t reflect well, but the situation was – quite strange to most married people – whereby whatever indiscretions were committed and whatever offence had been caused, they seemed to be putting those times behind shortly after they occurred.”

The jury however, was not convinced and found McKinney guilty.

While on bail throughout to date, following the verdict McKinney was remanded in custody ahead of the hearing to determine his duration of imprisonment.