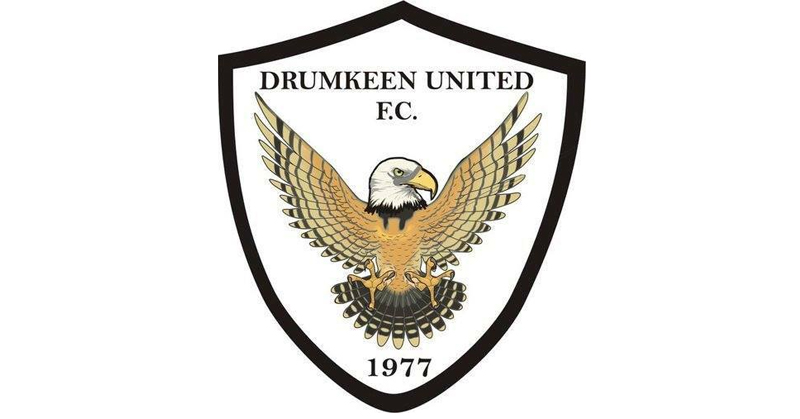 Roundup from Donegal Youth League as Drumkeen move to the top

DRUMKEEN Utd are top of the table after another fine win in the Donegal Youth League.

Here are the latest results from another exciting week: 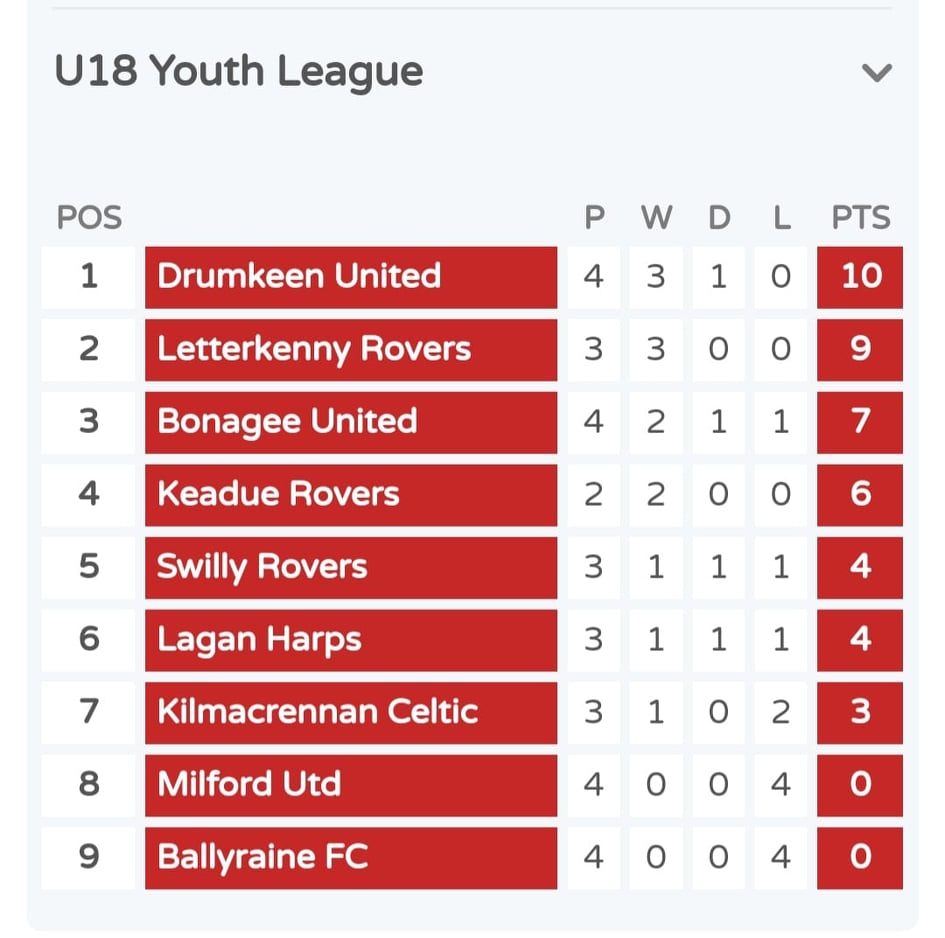 Lagan Harps got a first win of the season defeating Milford Utd 4-3 in a thriller.

Milford have been unlucky in all their games this season and took the lead when Liam McGrenaghan headed in a corner.

Shay McCole made a good run from the back to set up Ciaran O’Connor to level as it was 1-1 at the break.

Lagan then went 3-1 up with cracking efforts from Jacob McDaid and Tiernan McCauley from the edge of the box but Milford got it back to 3-3 with goals from Matthew McBride and a McGrenaghan penalty.

The game looked set to end level until Ryan Kildea with a fine late individual effort won it for Lagan and ensure a first win of the season for Gavin Murrays side.

Keadue Rovers continued their good start to the season with this big win.

Played in hot, sunny conditions, Keadue were quick out of the blocks and were 1 up after 3 minutes when after receiving a ball from Oran Fallon, Aidan Boyle struck low to the net.

They stayed on top and Fallon had an effort saved after ten minutes.

Liam Boyle was making some promising runs for the home team and they created more chances, particularly for Aidan Boyle and Michael Molloy who had chances to extend the lead.

They made it 2-0 on 30 minutes following some great individual play from Oran Fallon who beat 4 players before rifling home. At the start of the 2nd half, Swilly came into things more, hitting on the break with Tyler Durning impressive up front.

However near the hour it was three, when after good work down the right wing, the ball was tapped in by John Gallagher. Swilly didn’t lie down and could’ve had one back on sixty five when a corner was deflected off the bar and was cleared off the line and shortly after Durning had a shot just wide.

A fine performance from Keadue for whom Oran Fallon, Matthew Comiskey, Liam Boyle and Anthony O’Donnell were impressive. Swilly were well served by Tyler Durning and Kyle Burns.

Drumkeen move top of the Donegal Youth League maintaining their unbeaten start to the season with a 6-3 win at Ballyraine.

It was a riproaring affair with Drumkeen going into a 3-0 lead before Ballyraine got it back to 3-2.
Drumkeen then made it 5-2 before it went 5-3 and then finished 6-3.

Goals from Drumkeen in the win from an inspired Oran Patterson with a hattrick, Sean McVeigh, Oran Ayton and Sam McKnight while Danny Harkin, Brian Desmond and Reuben Grimes netted for a spirited Ballyraine outfit in this their debut season.

Bonagee got back to winning ways with a late Jack Duff winner securing the points against Kilmacrennan Celtic at the Letterkenny Community Centre.

The game looked set to level as an enthralling game was 2-2 going into the final stages until Duff beat the offside trap to fire home on 86 minutes.

Bonagee led 1-0 at the break after Adam Murphy fired home a free kick but Kilmac equalised through Owen Browne.
Bonagee retook the lead via a tidy Leon Boyce finish but Kilmac restored parity once again when Danny Sandilands finished neatly at the back post.

The game looked destined for a share of the spoils until Duffs late intervention.

Roundup from Donegal Youth League as Drumkeen move to the top was last modified: July 22nd, 2021 by Rachel McLaughlin