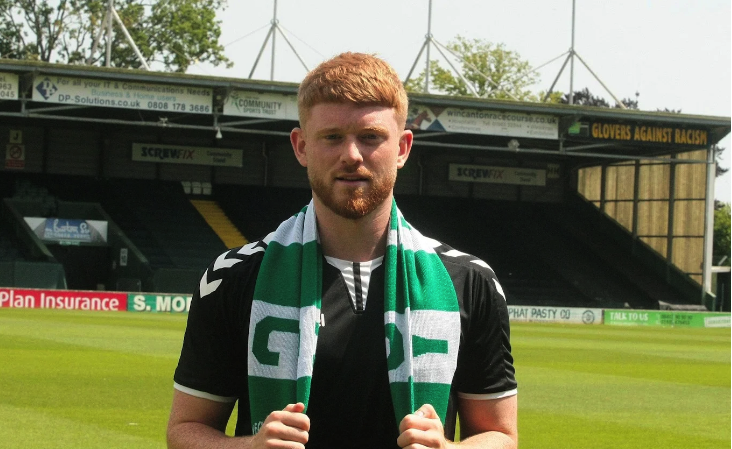 DALE Gorman is targeting promotion after moving to National League side Yeovil Town.

Yeovil were in the Football League for 16 years until their relegation in 2019, but Gorman is aiming high after signing at Huish Park.

“I’m delighted to get everything sealed and finalised; I’m just looking forward to the season starting now,” the 25-year-old midfielder said.

“Our ambition has to be promotion; you look at the size of the football club and not many would expect us to be here.

“We’ll give it a good go this year to try and get back where we should be.

“I’m a Yeovil player now, so I’ll give everything I have for Yeovil and do everything I can to win matches for this football club.”

The Letterkenny man won the National League with Leyton Orield and has also featured with Stevenage and Newport County.

He was most recently with Glentoran in the Irish League, but links up now with Darren Sarll, who was his manager when he first joined Stevenage from Letterkenny Rovers.

Gorman said: “I played under him for a number of years now It’s good.

“I’m delighted to be back playing under him again. I came across him when I first signed for Stevenage when i was 16. I’ve known him for a long time.”