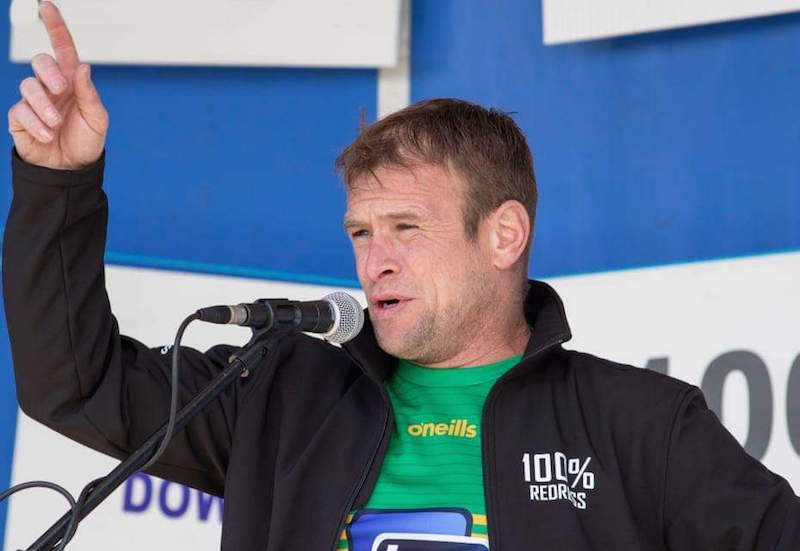 A LEADING Donegal Mica campaigner walked out of a meeting of the Defective Blocks Working Group this morning – and has vowed to take the cause back to the streets of Dublin.

Paddy Diver, a Mica-affected homeowner from Inishowen, is part of a group recently established by Minister Darragh O’Brien.

However, he walked out of this morning’s meeting and has highlighted some key frustrations of the group.

He believes that the Irish Government are attempting to push through another 90-10 redress scheme with campaigners demanding 100 per cent redress.

“That meting has ended up in a whole hanlin’ and it ended very abruptly,” he said.

“I just couldn’t take it anymore.

“What is the point in going through this?”

Mr Diver claims that second homes have been ruled out, that Government officials have turned down a state guarantee while sheds and septic tanks will not be covered by the scheme.

He says he fears that campaigners are being ‘hoodwinked’.

He said:  “I won’t stand here and accept it.

“It’s just totally, completely and fundamentally wrong. I will take this to the streets in Dublin. That’s where it’s going to go.”

Last month, thousands of Mica-affected homeowners marched in Dublin, gathering at the Convention Centre and making their way to Leinster House to demand 100 per cent redress.

100% Redress ✖️
Public Inquiry ✖️
Back on the streets of Dublin ✅

That’s it then. We set a date and we march#MicaRedress pic.twitter.com/50YZ5OkCBh