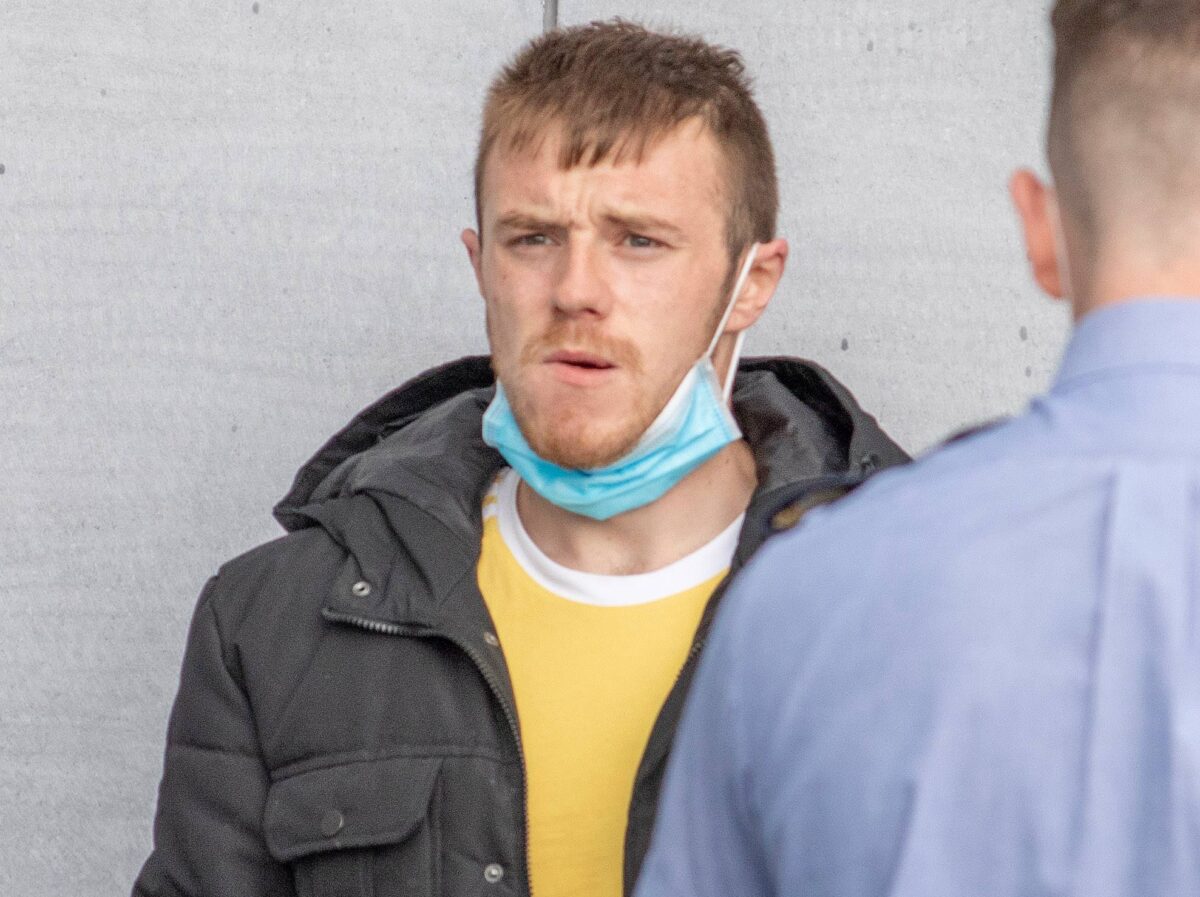 A JUDGE says that a 27-year-old man is ‘facing a lot of woe’ after he appeared in court charged with 40 offences.

Jason Orr, with an address at Glenwood Park, Letterkenny, faced 40 counts, including for theft, criminal damage, handling stolen property and public order offences. The charges also include 16 bench warrants which were in existence.

Sergeant Jim Collins gave evidence of further charges proffered to Orr at Letterkenny District Court whole a number of summonses were also served on the accused.  After charge, he remained silent.

Orr, who is currently in custody at Castlerea Prison, was brought before the court.

Orr spoke only to confirm that he wished for the matters to be dealt with by the District Court. Guilty pleas were tendered on all matters.

Orr is charged with assaulting a man, Adrian French, at the Castle Bingo Hall in Bridgend on February 13, 2016. Sgt Collins told the Court that Orr had punched Mr French twice in the back of the head.

On March 17, 2016, Orr was observed by Gardaí walking behind a female in an aggressive and threatening manner at Main Street, Letterkenny. Sgt Collins said Orr continued shouting at her, while he was unsteady and intoxicated. A bench warrant on Orr was also executed on this date.

On January 1, 2017, Gardaí were called to a disturbance at Glenn Rua, Letterkenny. A male who was involved in the disturbance fled the scene. After a brief search, Orr was found in a nearby garden. As Gardai approached, he became aggressive, shouting: ‘You’re dead, Amanda. You’re dead’. A bench warrant was executed on this date.

Gardaí attended a report of a male acting aggressively at Market Square, Ramelton, on April 4, 2017. Orr attempted to flee and tried to hide behind a van, Sgt Collis said, before becoming aggressive and shouting abuse. A bench warrant was executed on this date and on September 4, 2017, Orr was arrested at Letterkenny Court House on foot of the bench warrants, which were executed.

Gardaí responded to a report of a hit-and-run on January 25, 2018. Damaged was caused to a vehicle and a Suzuki Vitara was located in Bridgent with front and rear damage. Gardaí spoke to Orr and he admitted being the driver. He became aggressive to Gardaí when brought to the Garda station and refused to give a specimen of breath or blood.

The following day, January 26, 2018, a report was received that the Suzuki Vitara was stolen. A man presented to Gardaí saying that Connors had no permission to take the keys. Orr admitted that he took the keys.

Gardaí attended a disturbance at Glenwood Park on August 11, 2018. Orr had blood on his face and he became abusive and aggressive to persons in the vicinity.

On November 1, 2018, as a result of an altercation between he and another man, Orr threatened to a Mr Byrne, a neighbour, that he would burn his house down.

On February 27, 2019, Gardaí received a report of criminal damage at Long Lane, Letterkenny. Orr had been observed kicking the front passenger wing and windscreen of a car. A total of €500 of damage was caused and Orr made admissions when detained.

A further charge of failing to appear in Court was proffered by Garda Hassett.

On May 9, 2020, at Glencar Park, Gardai were called to an incident. Here, Orr became aggressive to both Gardai and others.

Gardaí attended a disturbance at The Elms on May 23, 2020. Orr was present and the accused was being abusive to others before becoming abusive to Gardaí.

Garda Doherty obtained a search warrant under the Misuse of Drugs Act and at a premises at Burnside apartments officers located 11.2 grammes of cannabis, with an estimated value of €224. Orr made admissions about ownership of the drugs.

On July 3, 2020, Orr was reported to have been standing in the middle of the road at a speed ramp ‘waving his head’. A woman stopped her vehicle and Orr, who was said to be ‘mumbling to himself’, punched the passenger side of the car three times.

Orr is also charged with the theft of a mobile phone from a man, a Mr McDaid, who had left the phone on the counter at a filing station. The phone was not recovered, although Orr made admissions to Gardaí.

“He was heavily addicted and was also experiencing lengthy periods of a lack of self worth,” he said. “Very often, people in a bad situation make things ever worse and the rain clouds eventually open.

“He resorted to prescription medication and was at a very low ebb. His conduct deteriorated.

“He was incapacitated and he was out of control, out of focus. He had a furtive and fearful existence when this was before him.”

Orr’s partner, with whom he has a two-year-old child, was present in court.

Judge Deirdre Gearty said that a Probation and Welfare report was necessary to see whether Orr is suitable for community service and she also asked for the preparation of victim impact statements.

Orr is currently in custody and no bail application was made.

Adjourning the case to August 5, when Orr will appear via video link, Judge Gearty told the accused: “You have a lot of woe. I can only urge you to work with everyone.”