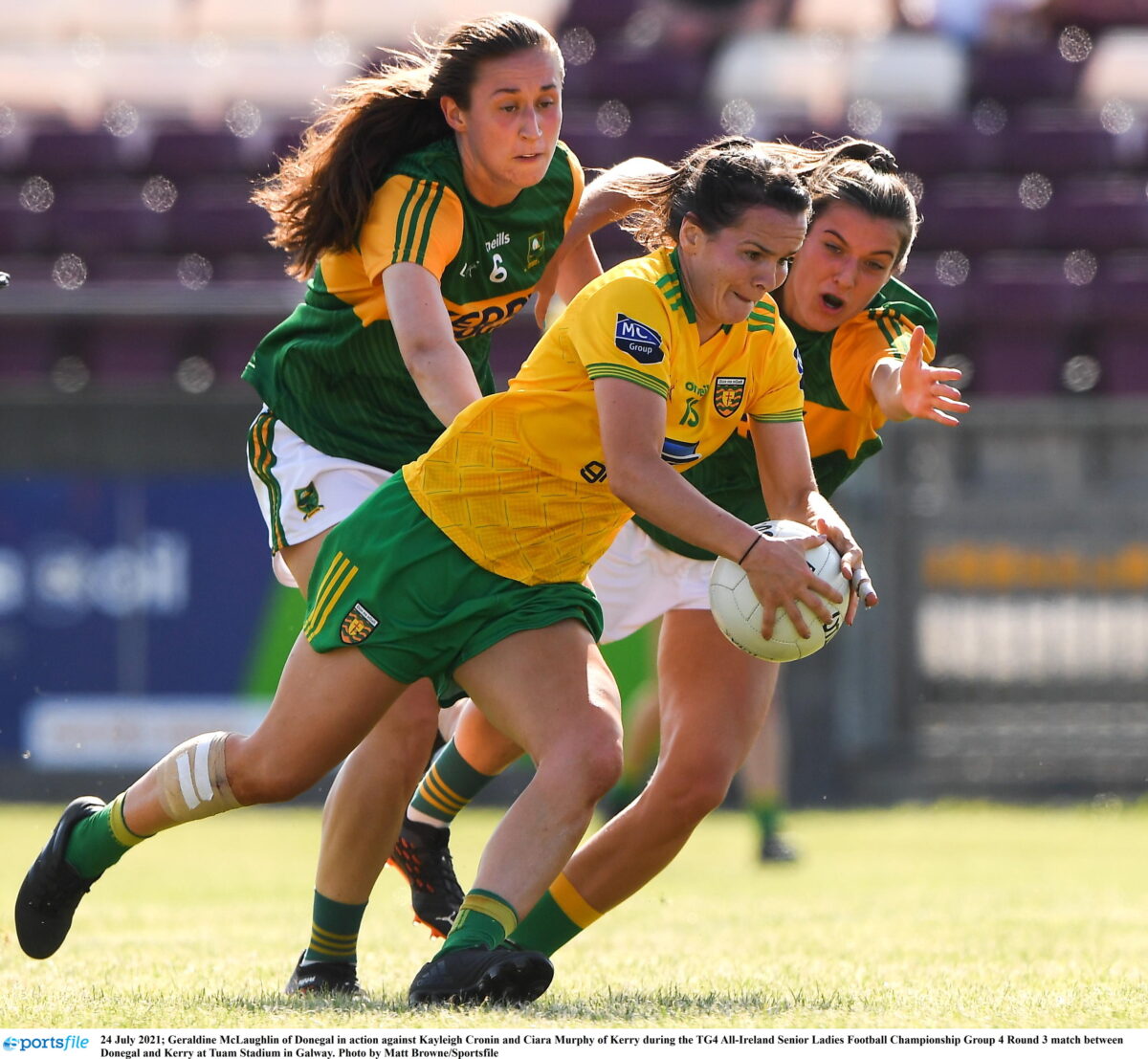 Two goals before the break were decisive as Donegal advanced to book a TG4 All-Ireland SFC quarter-final meeting with champions Dublin after a good win at Tuam Stadium.

Kerry battled bravely to get back after trailing by 2-6 to 0-7 at the interval and they must now regroup for a relegation play-off against Tipperary.

Kerry led by 0-7 to 0-4 after 21 minutes, helped by three magnificent scores from Hannah O’Donoghue, but Donegal took control as Niamh McLaughlin fired over after a patient build-up to cut the gap to two and then they hit front as Geraldine McLaughlin’s left footed effort as she was falling found the net.

It could have been so much different though, as Louise Ní Mhuircheartaigh one-on-one with ‘keeper Aoife McColgan rattled off the crossbar and Mary O’Connell’s follow-up effort went high and wide.

However, Donegal regrouped and ruthlessly punished Kerry as former AFLW star Katy Herron wiggled her way through the Kingdom’s blanket defence to finish past Ciara Butler. McLaughlin then tagged on a free as Maxi Curran’s charges led 2-6 to 0-7 at the half-time break.

McLaughlin pushed Donegal for victory after the restart as the Termon club player kicked three brilliant points, the pick of them coming from a very tight angle as the Ulster side led by seven after 36 minutes.

However, Kerry didn’t give up as sub Anna Galvin found Ní Mhuircheartaigh and she turned her marker and shot into the bottom left corner. Donegal responded and McLaughlin again pointed after mopping up the rebound from Butler’s save on Herron’s shot on goal.

Ní Mhuircheartaigh kicked a free while Niamh Hegarty answered with a good score until Kerry struck their second goal as Aisling O’Connell’s long-range effort snuck in behind McColgan to cut the gap to 2-11 to 2-8 and ensure a nervy finish.

Ní Mhuircheartaigh narrowed the gap to two with a free but it was fitting that McLaughlin had the final say with two great scores to take her personal tally to 1-9 to set up a quarter-final clash next weekend against Dublin.