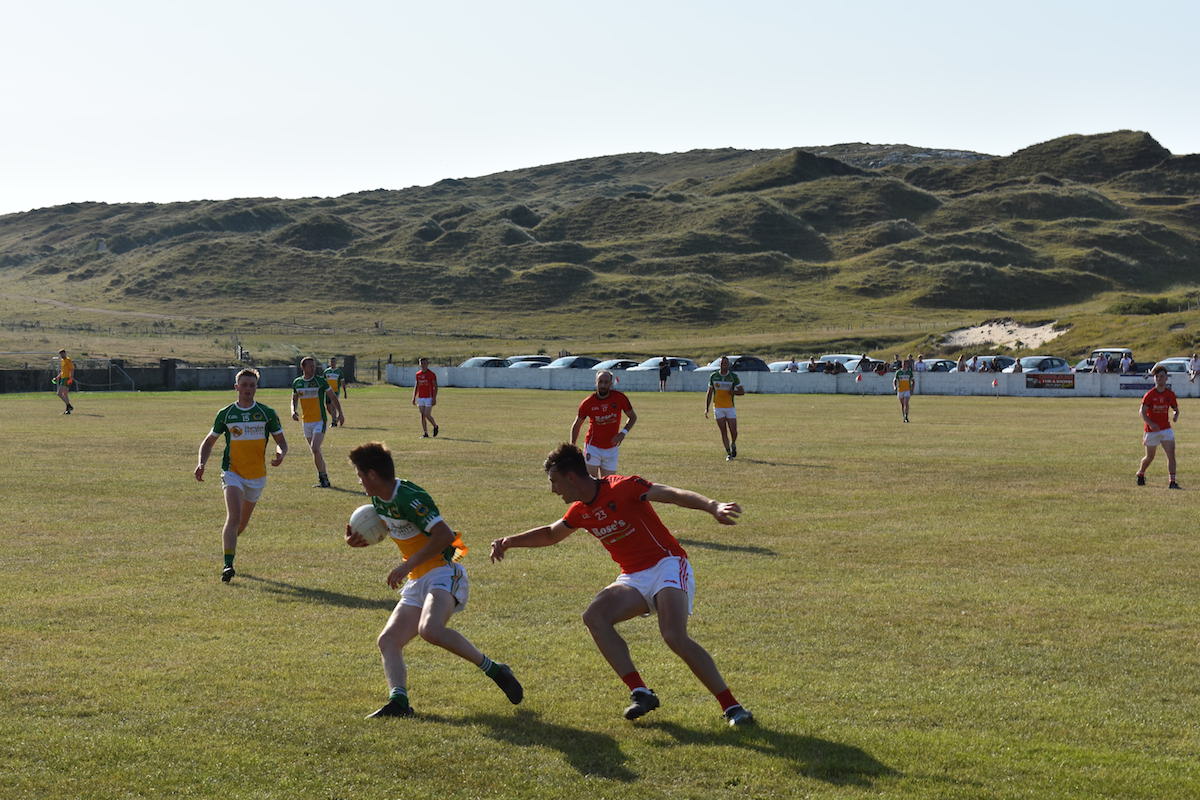 Langan returns to lead St Michael’s to win over Glenswilly

ST MICHAEL’S produced another strong second half performance at The Bridge on Saturday evening last to overturn a six-point half time deficit into a two-point victory over old rivals Glenswilly.

The game also marked Michael Langan’s return to the team after his county duty when he was introduced as a half time substitute and made a telling contribution to proceedings.

It was the visitors who started the brighter and went two points up with scores from Caoimhin Marley.

The hosts got one point back through Edward O’Reilly but a point from Sean Wogan and Gerard Siels with another point from O’Reilly left the Glen men two point up at the water break on a 0-2-04 scoreline.

The highlight of the first half came when Sean Wogan got on the end of a well worked goal to palm the Ball into the St. Michael’s net and put Glenswilly further ahead and they were unlucky not to get another goal seconds later when a similar move resulted in the ball bouncing off the point and going wide.

They did add further points from Shane McDaid and Shaun Gallagher to be firmly in control at half time leading on a scoreline of St. Michael’s 0-3 Glenswilly 1-6.

St. Michael’s introduced Andrew Kelly and Michael Langan as substitutes at half time and it was the Bridge Men who made the brighter start to the second half with a well taken point from range by Hugh O’Donnell opening their account followed by points from Michael Langan, Andrew Kelly, Ruairi Friel and Colin McFadden bringing the sides level and left the visitors reeling whilst also having to deal with the loss of their goalscorer Sean Wogan through injury.

The home side thought they had taken the lead with a point from Michael Langan which had been given by both umpires only to be ruled out by the referee, Val Murray who also ruled out a similar point a few seconds later to leave the home supporters mystified.

Nevertheless, St. Michael’s were not to be denied and three more Langan points sealed the victory with the only Glenswilly point of the second half coming from the boot of Sean Gallagher in the last minute, meaning that for the second week in a row St. Michael’s had produced a good second half performance overturn a half time deficit into a full-time victory and seal another important victory.