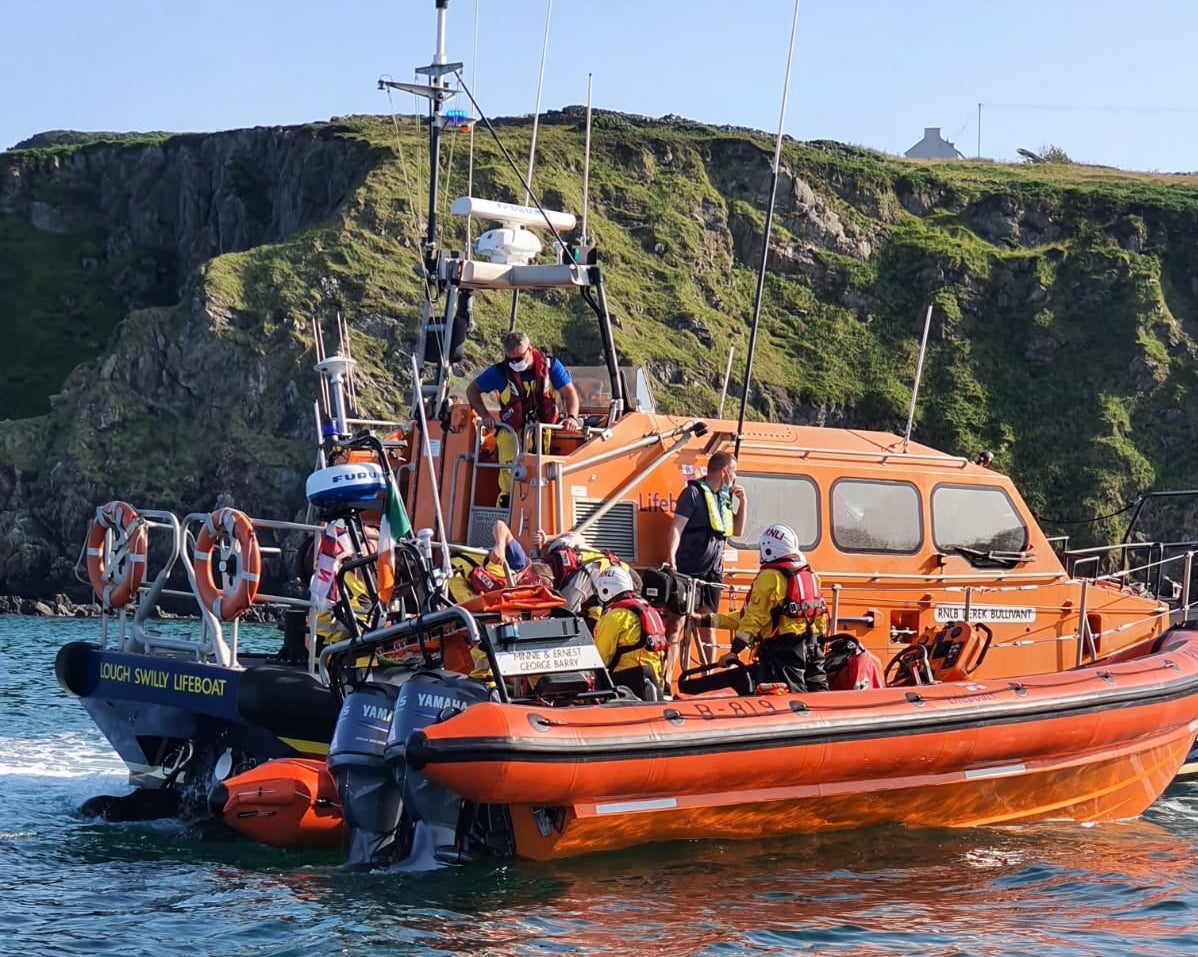 It was a busy 24 hours for the volunteer crews at Lough Swilly RNLI.

The pagers went off at 17.01pm on Friday, the Inshore Lifeboat Crew was tasked by the Irish Coast Guard to reports of a small craft on rocks not far from Leenakeel. This turned out to be a false alarm, however, with good intentions.

On Saturday at 1.39 am, the crew was again tasked by the Irish Coast Guard to a boat stuck on a sandbank with two persons onboard not far from Fahan Marina. The boat managed to free itself and the crew was stood down.

Again, yesterday at 16.41pm, the all-weather lifeboat crew was paged to a yacht with a tangled prop not far from Inishtrahull island. The yacht managed to sort out the issue and the crew was making its way back up the Swilly when the pagers went off again at 17.28pm. They received a report that a man had fallen from the rocks not far from Portsalon Pier and both boats helped remove the casualty to an ambulance on the pier.

“This was a fantastic effort by all the rescue services and we would like to thank everyone involved in making sure the casualty made it safely to Letterkenny Hospital,” a spokesperson for Lough Swilly Lifeboat said.

Remember, if you’re in difficulty or see someone in or on the water in trouble, ring  999 or 112 and ask for the Coast Guard.