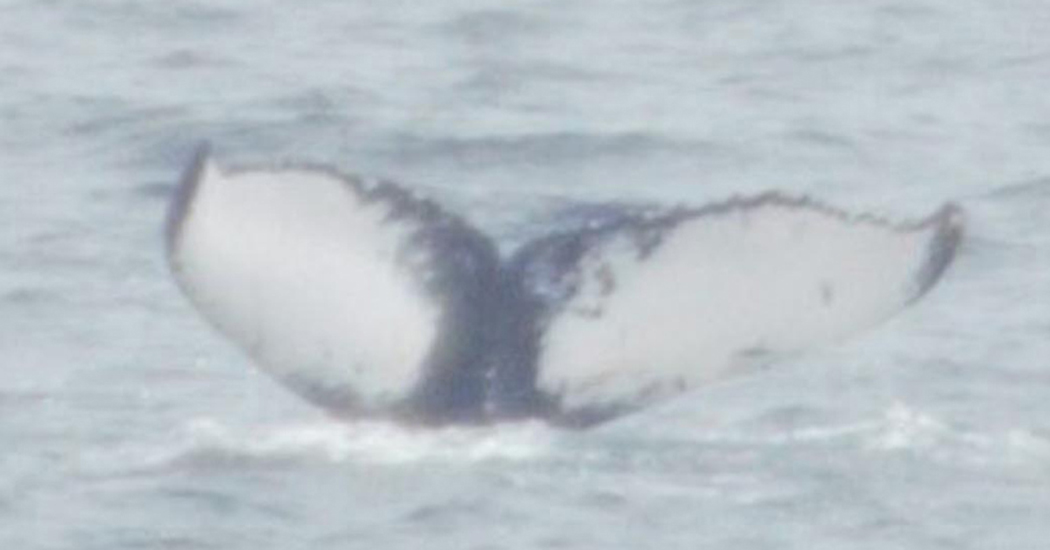 A new individual Humpback Whale has been sighted for the first time in Irish waters, approximately 60 kilometres north-northwest of Malin Head.

The humpback whale, nicknamed ‘Orion’, was sighted by the crew on board the Marine Institute’s RV Celtic Explorer as part of the annual Western European Shelf Pelagic Acoustic (WESPAS) survey.

The sighting was recorded by 9.30am on Friday 9th July 2021 by Dr Justin Judge, a Marine Mammal Observer who was on board the RV Celtic Explorer on behalf of the Irish Whale and Dolphin Group (IWDG). 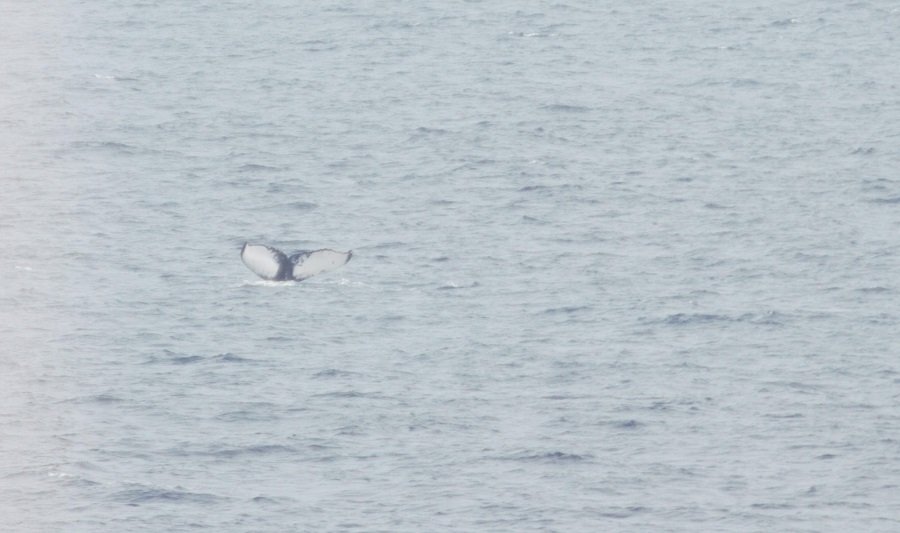 “This is a dream sighting for a Marine Mammal Observer,” Dr Justin Judge said. “The individual humpback whale ‘Orion’ has been named after the Greek mythological hunter, since the whale was moving with the fish stocks for food. It is also my son’s middle name so fitting on both fronts. There was a lot of feeding action from a multitude of cetacean species that day, including Bottlenose, Common, Risso’s and White-Sided dolphins, grey seals and Minke whales.”

The IWDG confirmed the humpback whale is a new individual, previously unrecorded in Irish waters in the IWDG catalogue and has been given the Catalogue Number HBIRL111.

It comes after another exciting sighting of two famous Killer Whales off Tory Island in recent days (read more here).

“Observing any apex predator in its natural environment is exciting but a new humpback whale for Irish waters, this is special,” WESPAS Survey scientist, Ciaran O’Donnell of the Marine Institute said. “Irish waters support a diverse range of marine life, and our annual acoustic survey programme not only monitors the health of our pelagic fish stocks, but also provides data to researchers on the overall health of the wider ecosystem. Observing and understanding our ocean, is essential for protecting and managing our marine ecosystems for the future.”

Humpback whales grow up to 14 to 17 metres long, and are predominantly black in colour with long white flippers and often white patches on the underside (ventral surface). When a humpback whale raises its tail or fluke, it provides an opportunity to photograph its underside. The pattern on the underside is unique to that individual whale, and these photographs are used to identify it. To date, the Irish Whale and Dolphin Group has documented 112 individual humpback whales in Irish waters since 1999, many of which are recorded year after year.

The Marine Institute’s WESPAS survey is carried out annually, and surveys shelf seas from France northwards to Scotland, and west of Ireland. WESPAS is the largest single vessel survey of its kind in the Northeast Atlantic, covering upwards of 60,000 nmi2 (nautical miles) every summer.

The survey is funded through the European Maritime Fisheries and Aquaculture Fund under the Data Collection Programme which is run by the Marine Institute. Scientists collect acoustic and biological data on herring, boarfish and horse mackerel, which is used to provide an independent measure of these fish stocks in Irish waters. Scientists also monitor the physical and chemical properties of the seawater, plankton, sea birds and marine mammals during this survey.

Humpback whales are a migratory species. They can be seen in Irish waters throughout the year, but the most frequent sightings occur in spring through to early winter when they visit seasonal feeding grounds. Irish waters are an ideal feeding area for humpback whales, as it is midway on their migration across the Atlantic between Western Africa and Northern Scandinavia. Images of individual humpback whales can be used to track their local short range movements as well as their international movements along migration routes and ultimately their breeding ground.