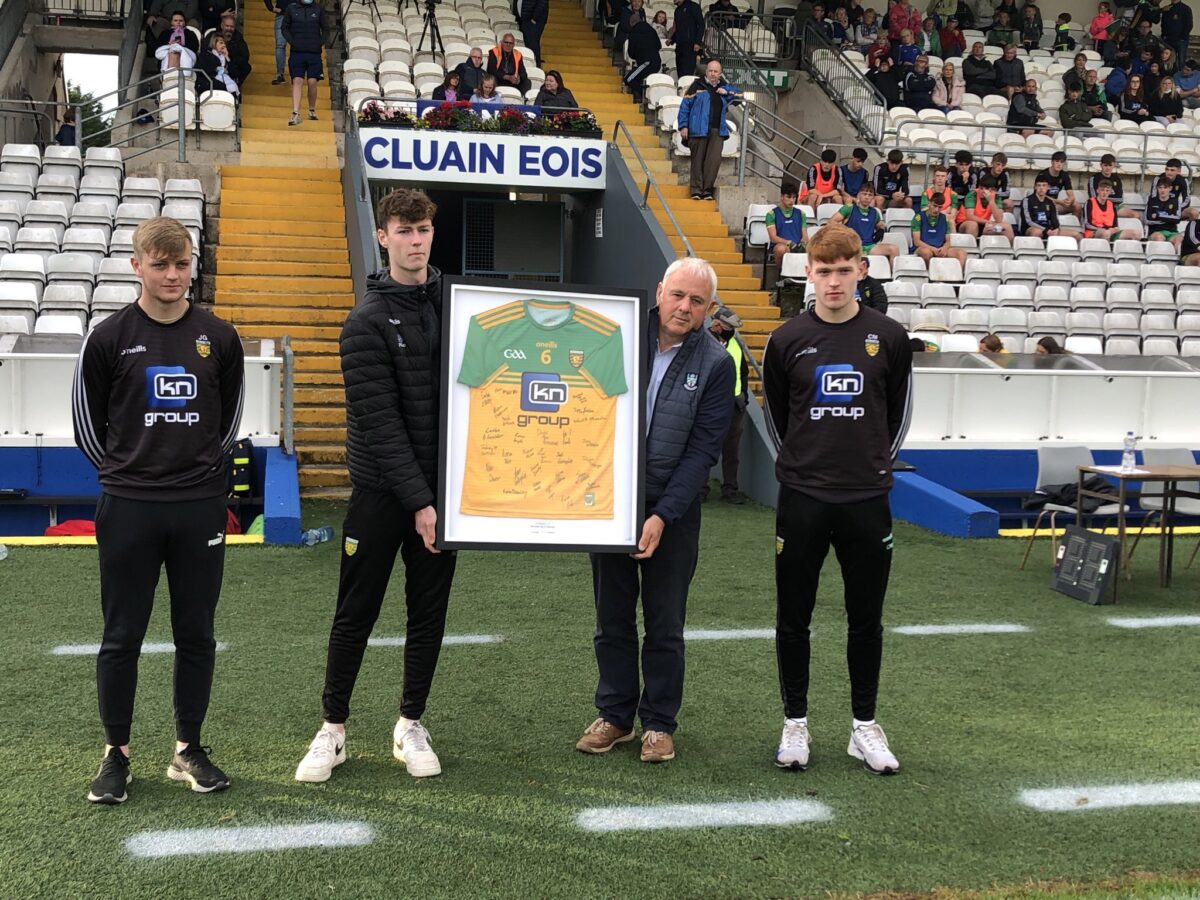 At half-time in the Ulster Minor Championship semi-final in Clones, a framed and signed Donegal number 6 shirt was presented to Declan Flanagan, the Monaghan GAA Chairperson. The jersey will be passed on to the Ó Dufaigh family.

The 19-year-old was killed in a car crash in County Monaghan on July 16, just a couple of hours after captaining Monaghan to a win over Donegal in the Ulster Under-20 semi-final at Brewster Park.

Ó Dufaigh wore the Monaghan number 6 jersey in the last game he played.

A two-car collision occurred on the N2 in Tullybuck, Clontibret, Co. Monaghan and Mr Ó Dufaigh, the driver of one of the cars, was pronounced dead at the scene.

He was driving home from Cloghan, the Monaghan GAA Centre of Excellence, having traveled on the team bus from the game.

Ó Dufaigh had just played a lead role as they came from five points down to defeat Donegal by 3-10 to 1-11.

The handover was made by Donegal Under-20 captain Rory O’Donnell, who was accompanied by other members of the Donegal GAA academy